The Program Requirements Control Board (PRCB) has decided against the possibility of advancing the launch dates for STS-125 and STS-126 by a few days. STS-125 remains scheduled for October 8, while Endeavour is tracking November 10 for STS-126.

Meanwhile, Atlantis has an issue with her Nose Landing Gear, while Endeavour is undergoing evaluations on a bent line in her Fuel Cell 3 – along with required inspections into a metallic noise heard inside External Tank (ET-129).

The CR (Change Request) to the launch dates was based around handing STS-126 a slightly longer launch window, due to the restriction of a launch beta angle cut-out at the end of the window on November 25.

Shuttle managers evaluated an advancement of just a few days, which was aided by the timely arrival of both External Tanks for Atlantis and Endeavour. However, other milestone elements are in play, such as payload operations and ‘crew loading’ – and notably issues with Atlantis and Endeavour over the past 24 hours.

The final launch date decision for STS-125 will ultimately be taken at the Agency Flight Readiness Review in late September.

Atlantis has been enjoying a smooth flow of late, with the orbiter now placed on the OTS (Orbiter Transport System) ahead of Monday’s scheduled rollover to the Vehicle Assembly Building (VAB).

However, Thursday processing information points to a potential issue with her Nose Landing Gear (NGL), during its retraction (raising) for the final time ahead of flight.

‘HYD ENG applied 3200 psi to vehicle and push pads were applied again (techs stated they pushed as hard as they could). NLG doors still did not close.

Engineers have started evaluation into the issue, which may not be significant, as the landing gear requires assistance during retraction – with its main role only relating to the ability to lower and lock into place, just ahead of landing.

The only other outstanding issues relate to a tile on the upper body flap of Atlantis, which will be replaced on Friday, and the confirmation that the ‘Loads Panel’ review on a measurement spec relating to the area where the blankets meet the tiles on the OMS (Orbital Maneuvering System) pods – known as the ‘step’ – has been cleared for flight.

Work on mating operations between ET-127 and the twin Solid Rocket Boosters (SRBs) is continuing with closeouts, and remains on schedule for Monday’s arrival of Atlantis, pending the resolution of the NLG issue.

A new problem has been found with Endeavour during the processing flow inside her Orbiter Processing Facility (OPF-2), which relates to a bent line in the Fuel Cell 3 coolant drain line system.

An engineering evaluation is taking place on the bent line, which may have to be replaced – which is a complex task, especially with the orbiter in the midst of closeouts ahead of her STS-400 LON (Launch On Need) support of Atlantis’ STS-125. 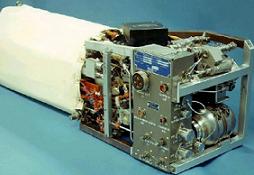 ‘During Bay 3 Closeout Inspections, NASA Quality noticed a bent line. This line is part of the Fuel Cell 3 coolant drain line, and seems to have a noticeable crease in the line,’ added Thursday processing information.

‘An MR (Material Review) already existed on the line from Palmdale, but specifically stated there was no kink, crease, or wrinkle in the line, so the MR will not be used. Engineering evaluation in work.’

Should engineers decide to replace the line, the process would involve a dump of the coolant loop, before cutting out the bent line. A new line would then have to be welded into place.

UPDATE: R&R had been decided on – new article on proceess pending.

Pending evaluations into the bent line, scheduled processing is continuing, with midbody inspections for rollout and radiator cleaning scheduled to completed today, along with the final Ku-Band antenna stow and Payload Bay Door closure on Friday.

Friday will also see the O2 system 2 supply valve opened on Endeavour, in order to check an issue noted as off-nominal Pressure Transducer characteristics with the system.

‘Initial troubleshooting indicates that the crossover valve is not leaking in the closed position and was unable to recreate the problem. During further testing the valve and pressure transducer performed nominally.

‘The next step is to open O2 System 2 crossover valve prior to vehicle power down today. Following power-up on Friday, the O2 system 2 supply valve will be opened and the pressure transducer will be observed for duplication of the initial problem.’

In High Bay 2 of the VAB, a plan has been drawn up into checking the inside of ET-129, following the observation of a metallic noise coming from within the tank during its transition from the horizontal to the vertical via the VAB crane.

No obvious explanation for the noise has been found, leading to a requirement to carry out X-rays and borescope inspections on the tank.

‘External Tank: ET-129 (VAB HB-2E) Noise heard during ET lifting, update: External inspections of the tank continue with nothing noted to explain the noise. Statements have been obtained from personnel supporting the lifting operation and the fault tree has been further analyzed,’ noted a Thursday update from the VAB.

‘Moving forward the plan is to: Perform X-rays at the GO2 and GH2 pressurization lines and LOX feedline at strategic points – possibly tonight and/or Saturday.

‘Perform a visual inspection at the base of the LOX feedline through the umbilical – Monday morning – post-LOX tank depressurization. Inspect the LH2 feedline and screen as part of the standard borescope inspection that is performed every processing flow – early next week.’

STS-125: Atlantis on track for Monday rollover to VAB