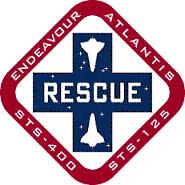 As preparations continue to switch the Hubble Space Telescope (HST) over to its back-up control system, NASA managers are working on a preliminary schedule for the short-term launch manifest.

Options are being created for all three orbiters, following on from Endeavour’s STS-126 mission next month, with “efforts turned on” for a February 12 launch target for Atlantis on STS-125’s mission to service Hubble.

Currently, the HST team are continuing to pull down diagnostic data ahead of the complex task of switching the telescope over from the failed SIC&DH (Science Instrument Command and Data Handling) system Side A to its redundant Side B.

This operation was due to take place this week, but has been moved to next Wednesday – as procedures are refined to ensure success. Confidence is high that Side B will take over operations as planned, allowing for servicing mission to take place in February.

“The HST Program believes they can be ready to support a mid February launch, but additional time is required by all parties to assess options before a new STS-125 launch date is set,” noted STS-119 Flight Manager Steve Gaylor – who’s mission is directly affected by STS-125’s schedule.

The rescue mission requirement for a February STS-125 launch would call on Discovery taking over from Endeavour as the Launch On Need (LON) orbiter, with a designation of STS-401 – given STS-400 is specific to Endeavour only.

However, no decision has yet been taken to confirm STS-125 for a February launch at this time, thus the STS-119 team need to continue to keep the option open for a pre-scheduled STS-119 launch in February.

More so, Discovery will still have a February requirement, via her support of STS-126 as the LON shuttle. These options also have other elements of complexity.

“Until a firm launch date is set for the STS-125/HST mission, the STS-119/15A Team and Flight Hardware must remain ready to support a February 12, 2009 launch. OV-103/Discovery/STS-119 is also slated to fly the LON Rescue mission for STS-126/ULF2, if required; the launch date for this mission is February 8.

“If the decision is to target STS-125/HST February 12, then the STS-119/15A mission will slip to late March or early April. The actual launch date is under review due to conflicts with a Soyuz flight in March. The ISSP (International Space Station Program) is assessing manifest impacts for this option.

“There are issues with this option which need further evaluation; cargo integration hardware on STS-125 was scheduled to support STS-127. If these flights were flown back to back the spacing between them could be an issue.”

With the switchover on Hubble upcoming, the SSP (Space Shuttle Program) is hoping to make a decision within the next few weeks on the actual flight order. Discovery’s STS-119 team will then discuss requirements – should STS-125 move to February – for taking over as the unique STS-401 role. 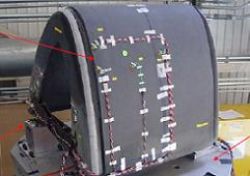 An additional factor is involved with Discovery’s upcoming roles in early 2009, which relates to a RCC (Reinforced Carbon Carbon) panel – “10R” – that is currently missing from her right wing.

A new panel is being fabricated by Lockheed Martin, but delivery of the panel to the Kennedy Space Center (KSC) is on a very tight schedule – one that may threaten the ability to fit it on Discovery in time for her required rollover date as LON support for STS-126.

“Went back to Lockheed Martin with the manifest changes and asked them to do everything they could on the 10R RCC,” noted a recent Shuttle Stand-up/Integration report. “They have given us a revised success-oriented schedule, and are taking their folks to maximum hours.”

“They are going to try to pull that into December 23, and get that panel to us just before the Christmas break if at all possible, versus the January 30 date. Continuing to monitor work in progress.”

As a back-up plan, fit checks are being carried out this week on using a donated panel, one previously removed from another orbiter. However, this is a complex task as RCC panels are not identical, and tend to be orbiter specific.

“Picking up with the fit check of RCC 10R panels that were removed from OV-104 and OV-105 to get an idea of our supportability for LON for STS-125 and STS-126,” added information.

“Must work with Ground Ops team on whether that supports rollout in January. Must come up with plan on which of those panels will fly. That must be the panel for LON and STS-119.”

A Program Requirements Control Board (PRCB) meeting next week will discuss the status of the options, so as to ensure Discovery has a forward plan to support her required schedule.