Endeavour and her SCA piggyback ride arrive in Louisiana, via JSC flyover 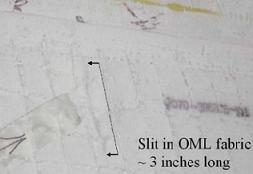 The Shuttle Carrier Aircraft (SCA) and Endeavour departed from Edwards Air Force Base on Wednesday, for a cross country ferry trip that will take in stops in Texas and Louisiana – subject to change due to weather – before arriving back in Florida on Friday. A flyover of the Johnson Space Center was completed around noon local time on Thursday.

Endeavour and the SCA were originally due to leave California last weekend, before issues installing the tail cone delayed the trip by a day, with unacceptable weather conditions enroute delaying departure yet further.

Originally, the duo were to take in three States during the cross country ferry trip, before the plan was aligned to best facilitate their arrival back at the Shuttle Landing Facility (SLF). Over 20 military bases are available for selection for stopovers.

The path the SCA and Endeavour have taken so far invovled a trip to Fort Bliss’ Biggs Airfield, Texas, before heading for an overnight stay at Fort Worth, Texas.  The second leg will take in Barksdale, Louisiana, before which there was a flyover of JSC around noon local time.

This was the first time such a flyover has been carried out since Challenger’s SCA ferry flight in 1983, and will be part of NASA’s 50th Anniversary celebrations.

Processing since the tail cone incident had been issue free, with soft mate operations completed at 05:16 EST on Tuesday, followed by hard mate on top of the SCA.

“Installed tail cone over weekend; had some issues with some attached things, but got by that,” noted the Shuttle Stand-up/Integration report. “Got hydraulics left gear up. Did final power down. Are evaluating weather along route back to KSC.”

The Wednesday morning processing report from the Dryden also noted that the travel plans for the duo remain fluid. It has since been confirmed the duo will arrive back in Florida on Friday.

“Dryden Turnaround Operations: Orbiter hard mate to the SCA, and sling disconnect were completed yesterday. SCA ferry flight departure is scheduled for 1000 EST today, with an expected arrival at KSC Thursday or Friday depending on weather.”

Several items of interest will be fully checked over, once she arrives back into her Orbiter Processing Facility (OPF-2), notably evaluations on her left OMS Pod, which came into contact with a platform/crane during early post flight processing.

“While backing up the orbiter for tow to the MDD (Mate/DeMate) the mobile condor flip-down made contact with the top of the LH OMS Pod. Inspections performed: Minor damage to blanket outer fabric,” noted the STS-126 Ferry Flight Readiness Review (FRR) presentation, available on L2.

“C-9 coating applied to prevent further blanket damage during ferry. No evidence of structural damage. No concern for ferry flight.”

Endeavour also experienced an unexpected vehicle shutdown during her stay in California, which occurred during the transition from orbiter to ground power.

“During transition from vehicle to ground power, all power was lost to the orbiter vehicle. Ambient temperature at the time of powerdown was below 45 degrees F,” noted the Ferry FRR presentation.

Although engineers won’t know for sure if damage to vehicle systems was sustained during the powerdown, until she returns to KSC, a mitigation plan – relating to Fuel Cell 2 – was set up for her cross country ferry trip.

“Due to the sequence of events when main B bus lost power, fuel cell #2 was active while the coolant pump was off. This may have resulted in sustaining heater operation with a stagnant coolant loop and may have caused overtemp and partial decomposition of the FC-40 coolant,” added the presentation.

“Fuel cell #2 will be prepped for ferry flight as follows: 1) Fuel cell 2 will remain depressurized after PRSD detank. 2) No coolant sampling or deservicing at DFRF Coolant system will be evaluated when orbiter returns to KSC.

Due to the impressive performance of Endeavour Thermal Protection System (TPS) during he mission, and her External Tank (ET-129) during STS-126’s ascent, very few items of TPS interest came back down to Earth with the orbiter.

Those that did, mainly relating to gap filler protrusions, did not suffer from any additional damage. On the mostpart, they simply folded back during the hi velocity and loading of re-entry. Engineers removed any gapfillers that were loose ahead of departure from Edwards Air Force Base.

“TPS Anomalies: Rationale: All tile damages and gap filler protrusions have been dispositioned as acceptable for the Orbiter’s trip back to Florida.”

Also, during Endeavour’s tow from the Edwards runway last weekend, the left hand outboard tire incurred a small puncture. The depth is uncertain, and the tire was not deflated, but engineers decided it would be the best option to change all four tires with roll around tires (RATs).

She will be rolled from the SLF to her OPF on these replacement tires, where deservicing operations will continue, ahead of preparations for her next flight – STS-127.

This article will be updated during Endeavour’s Ferry trip back to Florida.

L2 members: All documentation – from which the above article has quoted snippets – is available in full in the related L2 sections, now over 4000 gbs in size.
FerrySTS-126TPS
1
FacebookTwitterPinterestEmail
previous article