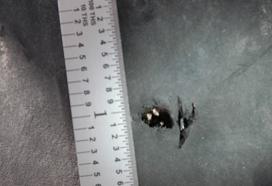 Engineers are continuing to prepare Endeavour for her trip back to Florida, with the installation of an aerodynamic tailcone to the aft of the orbiter, and preparations to mate her on top of the Shuttle Carrier Aircraft (SCA). Problems with the installation of the tailcone has delayed depature by at least a day, according to NASA, before weather in the flight path moved departure to at least Wednesday.

Endeavour’s processing at the Dryden Flight Research Center (DFRC) has been proceeding more or less to plan, with the retraction of work stands from around the Space Shuttle Main Engines (SSMEs) and her Orbital Maneuvering System (OMS) engine nozzles taking place ahead of installation of the aerodynamic tailcone.

“Hydraulic ops scheduled for today to position engines and aero surfaces for tail cone installation. Working towards being ready for Ferry Flight early Sunday. From an overall schedule perspective, we will be ready to ferry late Saturday, with vehicle leaving EDW on Sunday.”

Operations for the orbiter to be lifted via the Mate-Demate Device gantry, and mounted on the SCA, were to continue through Saturday. However, NASA Public Affairs noted problems with the installation of the tailcone, which has delayed depature by around a day.

On Sunday, NASA noted poor weather had delayed depature to at least Tuesday, before a Monday review delayed the trip once again, this time to Wednesday.

The SCA and Endeavour are scheduled to take in three US Air Force bases during the trip back to Florida, with that plan likely to be realigned, based on weather conditions at the multiple stopover sites available.

The Sunday departure flight plan previously listed will now be realigned, based on the duo now set to depart no earlier than Wednesday – due to the tailcone installation issue (one day hit) and poor weather (two day hit) along the flight path.

During Endeavour’s tow from the Edwards runway last weekend, the left hand outboard tire incurred a small puncture. The depth is uncertain, and the tire was not deflated, but engineers decided it would be the best option to change all four tires with roll around tires (RATs).

These spare tires are staged at Dryden for just such a requirement. The RATs are an old tire design, which have a slightly smaller diameter – which is why all four tires needed to be changed out.

RATs are made up of a set of never flown first generation tires left over after the move to the new tire design. The tires were changed out with the wheel assembly, as orbiter tires aren’t taken off the vehicle by disassembling the rim.

The process of changing out the four Main Landing Gear (MLG) tires at Dryden has been completed.

Priority engineering upon her return to KSC:

Once Endeavour returns to KSC, she will be demated at the SLF’s Mate/Demate Facility, before being towed back, on the RATs, into Orbiter Processing Facility 2 (OPF-2), for continued post flight processing.

One of the top priorities for engineers will be to start the troubleshooting plan on a Flow Control Valve, which is likely in need of replacement ahead of her next flight – STS-127.

“At this point, fault tree points toward mechanical failure rather than electrical. The team is ready to take action as soon as vehicle is back at KSC.”

The STS-127 pre-flight processing flow will be aided by the lack of Thermal Protection System (TPS) damage, thanks to the clean flight of the vehicle during STS-126. Other work will center around troubleshooting on the orbiter’s Ku band system, which proved to be problematic on orbit.

L2 members: All documentation – from which the above article has quoted snippets – is available in full in the related L2 sections, now over 4000 gbs in size.
FerrySCASTS-126
0
FacebookTwitterPinterestEmail
previous article