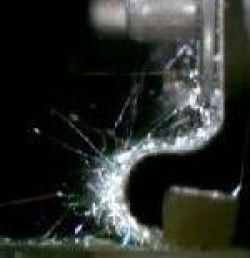 Atlantis’ trip to service the Hubble Space Telescope remains on track for May, although another key milestone meeting is due in early January to discuss the status of the replacement Hubble hardware – which is still undergoing testing. An alternative launch date in November remains an option.

STS-125 has been delayed several times from its October launch date, following the failure of the Control Unit/Science Data Formatter (CU/SDF) Side A.

Engineers on the ground managed to bring Hubble back to full operational capability via a switching of the CU/SDF to its Side B in mid October, with the challenge subsequently moving towards the timely shipping of the replacement hardware to the Kennedy Space Center (KSC).

That replacement hardware, which suffered from anomalous readings during checkout, is still undergoing testing, although the current launch date projection is still tracking May 12, 09.

The May launch date will not be classed as solid until the replacement hardware is officially deemed as good to fly, which is not the case at present. However, HST program manager Preston Burch remains confident.

“We are on track for a launch in mid May 2009. We held a successful Pre-Environmental Readiness Review (PERR) on December 16,” noted Burch on Wednesday to WLNS TV6, before adding that they are yet to find a root cause of the anomalies.

“Extensive testing and inspection of the CU/SDF-A failed to reveal a ‘smoking gun’ – therefore, we are moving on to the environmental test program (EMI/EMC, vibration, and thermal vacuum testing) in mid December per our plan. We still have a good amount of schedule slack at this point to deal with problems which could arise.”

Mr Burch also noted that the replacement hardware was suffering from “tin whiskers” – an issue that the shuttle program is no stranger to, as this was the catalyst for a level of engineering dissent from the Aerospace Corporation, ahead of STS-121.

That dissent was dismissed by NASA, following their own investigation that showed there was little chance/risk that the small slices of metal – otherwise known as “tin whiskers’ – could liberate on to the circuit boards – which in turn could cause shorts in the orbiter’s electrical components, which held the potential of a LOV/C (Loss Of Vehicle/Crew) event.

With regard to the replacement PCU, this issue – which was expected to be found – has been corrected by HST engineers.

“Inspection of the Power Control Unit revealed tin whiskers and tin nodules, which were remediated,” added Mr Burch. “This was pretty much what we expected based on the early in-flight anomaly when we switched to the B-side, and its shut down (it subsequently was restarted with no problems, and has been rock steady since).

The next meeting by the Space Shuttle Program (SSP) is expected around January 8, likely taking place at the first Program Requirements Control Board (PRCB) meeting of 2009. By then, Hubble engineers are likely to have completed their testing of the replacement hardware, ahead of providing a status report to the SSP.

Options available to shuttle managers range from added confidence that May is viable for STS-125, that the updated timeline rules out May – which would lead to a delay to November, or to meet again later that month.

Should the mission slip at the upcoming meeting, L2 notes – which reference as switch to November – point to STS-127 with Endeavour taking up the May launch slot, with the Atlantis/STS-125 stack moving from High Bay 3 (HB3) to HB2 sometime in January, in order to permit the MLP (Mobile Launch Platform) that will be used for Ares I-X to be moved into HB3. That would allow Ares I-X to get off the ground before the end of July.

Ares I-X remains on track for July, but only if certain SSP arrangements are made, notably on STS-400’s use of Pad 39B.

Evaluations are taking place into the possibility to utilize a previously scrapped plan to use Pad 39A for STS-125 and – via a record turnaround of the pad – the STS-400 (Endeavour) LON (Launch On Need) shuttle. This would involve Endeavour arriving at Pad 39A just days after Atlantis had departed.

A decision date of January 23 has been set, although a positive outcome on using Pad 39A for both vehicles remains challenging due to the broad dismissal of that option when it was first proposed (presentation on L2). 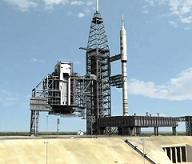 Should manages decide to keep to the current plan, which would mirror the dual pad use by Atlantis and Endeavour earlier this year, ahead of the postponement of STS-125, Ares I-X is likely to be delayed until October – due to the delay in modification work on Pad 39B from shuttle ops, to Ares I-X ops.

Those decisions can wait until next month, with Mission Management Team (MMT) chair Leroy Cain stating that the teams should look forward to spending the Christmas holiday relaxing with their families, in order to be fresh ahead of an extremely busy 2009.

“This will probably be the last week of being here and doing work in earnest for 2008. We are trying not to have most of our regularly scheduled meetings for the week of December 22 and the week following,” noted Mr Cain on the latest Shuttle Stand-up/Integration report on L2.

“Will have meetings if required, to do critical path work and things of that nature. The intent is to work hard this week and get folks out of here and take as much time off as possible to spend with family and get some down time during the holidays.

“There is a big calendar year coming up, so we’ll finish this one up in fine fashion. Get all your work done this week if possible.”