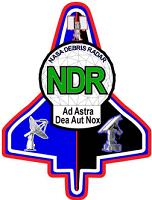 As KSC engineers prepare for a much deserved break over the Christmas and New Year’s holiday, several ongoing investigations and actions are taking place as a result of the STS-126 In-Flight Anomaly (IFA) review conducted last week.

Highlighting the excellent work by everyone involved in the launch of a Space Shuttle, the Eastern Range and the 45th Space Wing reported only two issues encountered during the November 14th launch of Space Shuttle Endeavour, of which none were classed as IFAs.

“No STS-126 Eastern Range Anomalies are recommended for an Integrated IFA,” notes the PRCB presentation available for download on L2.

The two anomalies discussed in the presentation pertain to weather systems and radar tracking issues experienced by the range during the final hours of the STS-126 countdown.

As discussed in the IFA presentation, all weather balloon data has to pass through the MSC in order to be distributed to the proper locations.

After launch, the cause of the MSC failure was traced to a backlog of weather balloon data. “Wind data edited by hand as it comes in (5k ft segments). Processing slowed due to noisy primary balloon tracks plus decision to process several backup balloon tracks.”

As a result of the MSC reboot, the data from the Jimsphere (JS) balloon was lost and, according to the Eastern Range presentation, the “AMPS HR data was re-transmitted from the AMPS computer and used for DOLILU assessment.”

Furthermore, the data from L-1:10 JS balloon was corrupt and therefore un-useable for the roll maneuver assessment.

The cause of the corruption was later traced to a “junk data file left over from the MSC reboot.”

Nevertheless, data from the L-1:25 AMPS HR balloon was used as a backup, therefore making all the necessary wind data available to Endeavour’s computers for the roll maneuver.

As always, failures or anomalies are planned for via redundancy in the system.

In addition to the redundancy in actual balloons, the ground element hardware for the AMPS has a two-sided (A and B) redundancy and there are 6 signal processing channels on each system.

“For STS-119, clarify balloon priorities with Cape, (have) consensus among all weather users, (and) coordinate through DOLILU Working Group,” notes the Eastern Range.

In addition to these changes, the 45th Space Wing has also requested changes to its balloon processing strategies. Included in these changes are only delivering weather balloon data when the operator is ready to process that data and to allow the operators easy access to high priority data by diverting lower priority data “through the system ‘unedited.'”

Also included are two long range suggestions: upgrading the weather PRD for STS-125 and STS-127 and upgrading the MSC altogether at a later date.

The second issue reported by the Eastern Range was interference with the NDR-C1 debris tracking radar.

“NDR-C1 did not support launch due to Eastern Range reported interference,” notes the presentation. “Both NDR X-band radars did support and collected debris data throughout ascent.”

According to the Eastern Range presentation, “When all radars came to the pad at L-9 minutes with sequencers on, ER radar 19.39 reported interference. The interference was verified to come from the NDR wideband waveform, and limited troubleshooting time meant that NDR was asked to inhibit RF during ascent.”

With fifteen launches (both Expendable Launch Vehicle and Shuttle) performed under the current NDR phasing checks, the Eastern Range does not believe that the issue experienced during Endeavour’s launch last month is a generic issue.

Furthermore, the NDR phasing check procedures were just updated after minor interference was experienced during the STS-123 launch in March.

“Normal phasing procedure is to ‘tune’ the slot positions,” notes the Eastern Range presentation. “That did not happen on STS-126, yet the checks were passed. It is entirely likely, due to this fact, that NDR was actually one slot removed from its assigned location, but it was too late to change by the time it was observed in the late minutes of the count.”

As part of the forward actions for this issue, the Eastern Range is recommending that the phasing check procedures be reviewed – and updated where necessary – to ensure that “greater insight is provided from these checks.”

Also, a comprehensive troubleshooting plan will be developed prior to STS-119 in case this interference is experienced again.

Like the Eastern Range, the SSP Flight Operations and Integration (FO&I) office reported a relatively clean and issue free flight of Endeavour from a program standpoint.

In charge of tracking issues in the payload hardware and software, cargo integration hardware, payload-to-Orbiter interfaces, and Orbiter-to-ISS interfaces, the SSP FO&I identified only five issues during STS-126, of which only one was recommended for further action.

SSP Flight Operations & Integration recommends that one STS-126 issue be tracked as a new STS-126 FO&I IFA,” notes the FO&I presentation available for download on L2.

This issue relates to the ROEU mate procedure to the MPLM.

“On Flight Day 13 (FD-13), during the mate, latch, relax sequence operation which is part of the ROEU mate procedure to MPLM, phase C of the ROEU AC arm drive motor associated with system 2 (AC2) did not draw the expected current,” notes the PRCB presentation. “Plots showed that the arm drive motor AC 2 phase C had a current draw of ~0.08 amps instead of the expected current of 0.24 amps.”

According to the FO&I, the low amp draw of arm drive motor AC 2 phase C was compensated for by phase A & B of the same motor. When compared with the demate and stow operations performed on FD-4, the FO&I discovered that the signatures were identical.

The problem was not an issue for the remainder of the Endeavour’s mission as the ROEU was properly mated to the MPLM and in a good configuration for landing. All power and data lines were correctly connected to the MPLM and all necessary information for the crew about the MPLM was confirmed through a pressure check of the MPLM later in the mission.

Nevertheless, since the cause of the ROEU failure is unknown, “testing and evaluations of wiring and motor will be necessary to determine cause of failure and any fixes,” notes the FO&I.

In addition to this issue, the FO&I identified four other problems during STS-126. These included the Hardline Communication failure between Shuttle and ISS, the OI-33 software inability to load Orbiter Interface Unit format, the CWC #4 leakage, and GAP #7 ISS payload activation problem.

For the OI-33 software issue, “Environmental check of the MPLM could not be performed due to an Orbiter Interface Unit telemetry format issue,” notes the FO&I presentation. The cause was traced to a software change that “added a data item in the middle of a common data area.” This unintentionally caused a data shift which is being tracked by the SSP System Engineering and Integration office as an IFA.

For the CWC #4 leakage, “CWC #4 (SN 1076) was reported leaking after it was filled. Water was processed on ISS and crew reported 3-4 L of residual.” The bag was then sealed in a zip lock bag and returned to Endeavour for return to Earth.

All of these issues are not constraints for STS-119 or STS-125. The only possible constraint is to the next flight of the ROEU on STS-127 in May or June 2009.

L2 members: All documentation – from which the above article has quoted snippets – is available in full in the related L2 sections, now over 4000 gbs in size.
RadarSTS-126
0
FacebookTwitterPinterestEmail
previous article