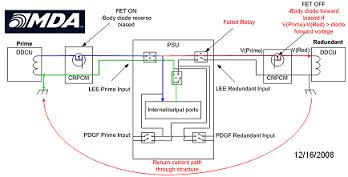 The Space Shuttle Program (SSP) Flight Readiness Review (FRR) concluded the key milestone meeting for the STS-119 mission, set to launch on February 12. The replacement of Discovery’s Flow Control Valves (FCVs) is the one constraint to flight. STS-119 is also set to carry spares for the failed hardware in the Urine and Water Processing Assemblies.

Discovery is enjoying a relatively smooth pad flow, with the completion of the Terminal Countdown Demonstration Test (TCDT) yesterday without issue.

“Inertial Measurement Unit calibrations were completed yesterday with nominal results.S0024, Pre-launch Propellant Servicing: Call to Stations was completed last night. Reaction Jet Driver (RJD) test is complete. SCAPE Operations are on hold until the outside air temperature is at or above 40 degrees F.”

Still the key driver towards NASA management approving the launch, the FCV replacement on Discovery is still within the required schedule, but has outstanding flight rationale – and thus is a constraint to launch going into the SSP FRR.

This two day meeting is the main FRR by way of documentation (SSP FRR – 15 presentations – now uploaded to L2). It was preceded by the MOD FRR – 14 presentations now available on L2 – and will be concluded by the Agency FRR, which sets the launch date.

“The MOD FRR was conducted on January 16th. Great work by everyone who contributed to the excellent review,” noted MOD’s 8th Floor News memo on L2. “We have some open work ahead of us but we are in great shape to support the mission. The SSP Level II FRR is next, JSC Center Director Pre-FRR on 1/30, and Agency Level I FRR on 2/3.”

As previously reported, Discovery’s three FCVs are being removed, ahead of their replacement. Discovery is deemed to have three good spares for installation, although the challenge includes assurances of another three “good” valves for Endeavour, due to her LON (Launch On Need) requirement in support of STS-119.

“Results of the investigation of the STS-126/ULF2 MPS Flow Control Valve anomaly are expected to be a significant topic at the SSP Level II FRR,” pre-empted the 8th Floor memo. “The valves from Atlantis/OV104 and Endeavor/OV105 (including the anomalous valve with cracked poppet) and three spare valves have been inspected.

“The results indicate the failure was caused by high cycle fatigue. However, this poppet is not subjected to high number of cycles. Computational Flow Dynamics (CFD) analysis is being performed to better understand the environment as a potential source of the high cycle fatigue signatures.

“A specialized inspection technique is also being used to determine the relative age of the cracks observed during inspections to determine whether the cracks formed over time, which would support flight rationale for STS-119/15A. Failure scenarios and associated risk assessments are also being evaluated to build flight rationale, which will be presented at the SSP FRR.”

The target date for installation of the spare valves on Discovery is February 2 – ten days before launch – with further work then required on resistance checks, pressurizing the system (mass spec), pull-in/drop out voltage tests to simulate low-flow/hi-flow, scan tests using break-out box, and engine flow thru tests on all 3 SSMEs.

STS-119’s mission next month will also carry some additional payload in the form of replacement hardware for what is confirmed to be failed hardware in the Urine Processor Assembly (UPA), which only recently arrived at the International Space Station on Endeavour’s STS-126 mission.

The new hardware – which required a large amount of troubleshooting during STS-126 – is vital for the proposed increase of crew size to six on the orbital outpost, which is still on track for May.

“The crew and ground continues to work hard on ensuring that all the equipment required to enable transitioning to a 6 crew on orbit configuration in May,” added the 8th Floor. “Although there are still a number of activation and operation challenges, the community feels that we are still on track for a May start.

“Challenges include a potential hardware failure in the Distillation Assembly (DA) of the new Urine Processor Assembly (UPA). After a number of on orbit tests, the community has concluded that there is a failure in the hardware and therefore a spare is being prepared to fly on 15A (STS-119).”

Additional hardware related to water processing on the ISS will also hitch a ride on Discovery. The items will be stowed in the middeck of the orbiter.

“Additionally, The Water Processor Assembly (WPA), which takes condensate water or urine from the UPA and converts it to usable potable and hygiene water, has also had some hiccups,” the memo continued. “Although it does operate, there have been some conditions resulting in shutdown that the team has been investigating.

“Also, the Total Organic Carbon Analyzer (TOCA), which is used to determine whether sufficient carbon compounds have been removed from the processed water to allow human consumption, appears to have a potential hardware issue. Several components are being flown on 15A to allow possible repair of the device. 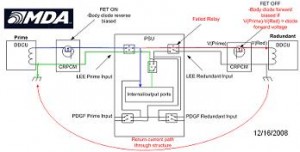 Meanwhile, good news has been reported by the Canadian Space Agency (CSA) team on the health of Dextre, after engineers evaluated a potential failure mode in the SPDM Power Switching Init (PSU).

The robot may have required a cable with diodes to be flown to the ISS via Discovery on STS-119, in order to protect against the potential of a reverse current. However, tests this week have shown the robot is in good shape – with contingencies available in the event of issues with the PSU during future robotic tasks.

On January 20, all three elements of the Canadian robotics system on the ISS (collectively known as the Mobile Servicing System) were working together, noted the CSA.

“From its perch on the Mobile Base System, Canadarm2 successfully lifted Dextre off the ISS’s Destiny lab, and held it overnight until further operations on Wednesday,” noted the CSA. “This maneuver marks the first time ground controllers have moved Canadarm2 while carrying a payload at the end of the arm.”