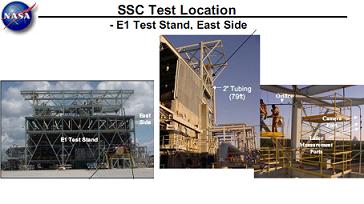 Shuttle managers have concluded a special PRCB (Program Requirements Control Board) meeting on the Flow Control Valve (FCV) issue, and decided additional time is required – moving the NET (No Earlier Than) launch date to February 27.

A host of presentations were put before the PRCB at the Johnson Space Center (JSC), overviewing the latest findings on the valve that suffered a liberation from its poppet during STS-126’s ascent.

The PRCB also assessed impact test results on flight hardware, along with risk assessments of LOV/C (Loss Of Vehicle/Crew) threats, allowing for an increased understanding of potential issues with orbiter and External Tank hardware, should there be a repeat event on a future flight.

A couple of presentations noted the need for additional time – by a matter of days – for the completion of their analysis, which it turn placed pressure on the Delta FRR (Flight Readiness Review), previously scheduled for next Wednesday, and now moved to February 20. A full overview of the 18 presentations from Friday’s Special PRCB – available to download on L2 – will be outlined in articles over the coming days.

Pre-empting the special PRCB, shuttle manager John Shannon again emphasized the need to put safety above schedule, on an issue that he claimed will continue to be discussed after STS-119 concludes its mission.

“The FCV anomaly will continue to be a topic of discussion for the next several months. We must fully understand the environment before designing a modification to the poppet valve,” Mr Shannon noted on the Shuttle Stand-up/Integration report on L2.

“The team has made amazing strides in the last two weeks working to fully understand all of the intricacies of this issue. We need to be sure that we are focusing on the whole picture and investigating all data, rather than getting into a ‘roller coaster’ mode where there is great excitement over single pieces of the puzzle.”

In the hours leading up to meeting, fears of a launch date slip until NET (No Earlier Than) April 7 were noted, although it is likely that date is based on forward planning in the event a redesign of the valves is required ahead of STS-119.

While a redesign is a likely outcome for downstream missions, it remains a possibility ahead of STS-119, should managers fail to agree on flight rationale.

However, confidence remains high that flight rationale, for at least STS-119, will be gained in time to allow for a February launch, following a week of intense testing at a number of NASA facilities.

“Work regarding the FCV issue has been progressing well, with a lot of very good impact testing at the various facilities,” noted the influential Orbiter Project Office, in reference to the latest tests of a FCV based liberation. “All tests on the 80-degree and 90-degree bends (in the FCV associated lines) are complete.

“At GRC (Glenn Research Facility), will be testing the 102-degree bend tubing (ET component). At MSFC (Marshall Space Flight Center), the ET team is setting up the testing configuration.

“At SSC (Stennis Space Center), they have mocked up the entire geometry of the line going into the LH2 tank in preparation for testing (the line is filled with H2). This will validate all of the simulation.

“Velocity testing has been performed since February 2nd, ranging from 150-800 fps. Variation is due to the particle bouncing down the line as it approaches the first 60-degree bend. The team is happy with results from the inner-wall tube – this is not being used as a test per se, primarily using the configuration to be sure the geometry is correct.

“At WSTF (White Sands Test Facility), are continuing to perform flow characterization testing. Have tried changing out orifices to increase velocity. Since the particle is banging around inside the orifice, the velocity is not as high as desired. However, this is being investigated to understand the flow drops as the particle passes through the bends.

One of the key issues threatening a redesign ahead of STS-119 relates to cracks on the valves, how such cracks are formed, and how many flights it takes for a valve to start to exhibit cracks – in turn increasing the potential for a peice of the valve to liberate.

Observed marks on a number of valves, caused by the manufacturing process, are believed to obscuring underlying cracks. These marks have been polished off to gain a clearer picture of the situation.

“Additional inspections were done on several 361 poppet valves. An etching tool was used after polishing to remove material. This has revealed three more 361 valves with cracks, all with varying numbers of flights on the hardware, ranging from 8 to 23,” added the Orbiter Project. “However, there was one poppet with 18 flights that exhibited no cracks.

“This begs the question of whether the cracks are caused by resonance or long-term fatigue. A flight poppet will be examined, using polishing and the etching pen to check for cracks..

“John Shannon stated that it is important that we are trying to understand the state of the poppets that have already flown; what we’ve learned is that we have been flying with cracks for a while. Now we have to have the discussion as to whether or not this was a single-flight event. The more data we have, the better we will understand this issue.”

The teams will now be given the weekend off, to allow engineers to “recharge” following the intense work carried out over the past week. Safety, over schedule, was again the rallying call from Mr Shannon.

“While there are impacts to Station if we do not fly in the near term, the focus must be on flying safely. Thanks to everyone for all of the effort that has been expended working to understand the FCV issue and for the amazing performance of all of the teams.”