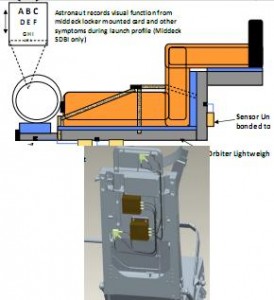 STS-119 is one day away from the opening launch attempt, with only a few issues of note are being worked on by engineers out at Pad 39A. One ealier issue that has been resolved related to the Seat Detailed Test Objective (DTO), which will gather information on Thrust Oscillation (TO) for Ares I. Meanwhile, two members of Expedition 18 have completed EVA-21A.

The main item of troubleshooting relates to an auto cycle valve on the Mobile Launch Platform (MLP) which suffered an electrical issue. A back-up solution is in place, should troubleshooting fail to correct the problem.

“High point bleed valve A100739 did not respond during auto-cycling,” noted processing information on L2. “The valve is located on MLP 1 side 1. Will begin troubleshooting following their final preps.”

Two other issues – one related to leaky valves that will require replacement – are both deemed minor and are in the process of being corrected.

“During S0071 bottle fill to 3500 psi. The A75004 transducer increased to 2520 psi,” added processing information. “No increase was expected. MPS (Main Propulsion System) believes valves A74896 and A74983 are slightly leaking and the present plan is to replace both during PRSD (Power Reactant Storage and Distributation) offload.

The crew seat DTO is part of Constellation’s efforts to complete a mitigation plan for the issue of Thrust Oscillation with Ares I. In order to gather data during ascent, accelerometers have been placed on the back of the MS1 (Mission Specialist 1), MS3, and MS5 seats.

As part of the DTO, all middeck crewmembers will perform a cue card visual assessment to determine what can and cannot be read on the cue cards because of launch vibrations.

During early morning checks, one of the accelerometers failed to configure properly, due to an issue with its battery.

“Seat DTO unit 1017 will not configure for flight programming. ISL believes battery R&R is required and is looking for spares,” noted processing information. “Constraint is to Ascent Switch List.”

The unit received a new battery and was properly configured for Wednesday’s flight during the first shift on Tuesday.

With Discovery past the half way mark in her S0007 launch countdown, the next major event will be the retraction of the Rotating Service Structure (RSS) at 1am local time.

On Monday, the Mission Management Team (MMT) cleared Discovery to continue the countdown through to a target 9:20pm launch on Wednesday, following flight rationale for Discovery’s OMS (Orbital Maneuvering System) Engine Gimbal Controller, which suffered an anomaly during her previous STS-124 mission.

The clearance for flight was a minor issue compared to the months of work on ensuring flight rationale was forthcoming for the Flow Control Valve (FCV) issue, which gained another mention in the review of Monday’s MMT meeting.

“Excellent progress was made on the Main Propulsion System Flow Control Valve flight rationale, presented at the Agency Level I Delta FRR on Friday, 3/6,” noted the memo.

“The primary piece of the flight rationale is that the poppets installed on OV103 have no detectable cracks. In addition, analysis and testing were performed to characterize the likelihood and consequences of the hazards associated with a poppet failure and deemed sufficiently low risk to fly STS-119.

“At the L-2 MMT, the OMS engine gimbal controller failure analysis and flight rationale were reviewed and accepted. An issue with the ISS battery charger was also reviewed but is not a constraint to launch.

“All polled go to proceed with launch on 3/11. Launch and landing weather forecasts look favorable. It’s good to be back in a launch count! Stay focused and let’s have an excellent mission!”

The reference to the ISS battery charger is related to an EMU (EVA Mobility Unit) 16V Battery, which failed to hold its charge. The issue has been found to be related to an open circuit on one of four BCs (ISS Battery Chargers), namely BC3. 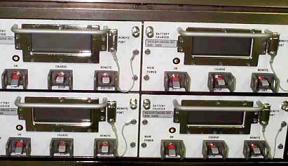 A unit of four battery chargers is located on the ISS, which is used to charge items from the battery pack on the pistol grip tool, to the EMUs. Due to the aforementioned issue, two of those chargers, BC3 and BC4 have been taken off line for troubleshooting.

“Forward Work ICBs (2074, 2075) planned for charge operations on Saturday will be accomplished using -6 Mid-deck Charger,” noted an associated presentation on L2. Fault tree is being matured to identify root cause of BC4 anomaly.

“Best Case Outcome: Return of BC3 to nominal operational status. Troubleshooting. On-Orbit troubleshooting required to verify BCM parameter tables and open circuit voltage on ICB 2037 using BC3 and BC4.”

No mission impact for either STS-119 or the ISS will be encountered, with five additional batteries all in good working order.

On the ISS, Expedition 18 Commander Mike Fincke and Flight Engineer Yury Lonchakov have completed their EVA, which included the installation of a European materials science experiment.

The EXPOSE-R experiment – which was located on the hull of the Zvezda service module – will allow for short and long-term exposure to space conditions and solar UV-radiation.

It was originally installed on Zvezda during the December spacewalk but had to be removed and brought back inside the station because of a cable problem.