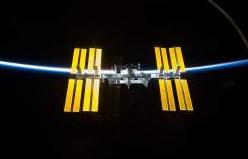 Discovery has completed her highly successful mission to the International Space Station (ISS) with a return to the Kennedy Space Center (KSC) on Saturday. The crew of STS-119 had two opportunities to land in Florida – with the first waved off due to unpredictable weather. A GO for the deorbit burn on Orbit 202 was given, before a nominal landing time of 7:14pm GMT on runway 15. Meanwhile, the Russian Soyuz TMA-14 has docked with the ISS.

Discovery has marked yet another issue-free mission on orbit – highlighted by the successful installation and deployment of the S6 integrated truss segment and solar array wings – with only a handful of minor items of interest for the MER (Mission Evaluation Room), with shuttle manager John Shannon previewing the weekend landing as an amazing feat.

“These are great days in space,” Mr Shannon said, opening the latest Shuttle Stand-Up/Integration report on L2. “OV-103 (Discovery) undocked from Station, giving us a chance to see the fully completed truss assembly.

“The 18 Soyuz safely lifted off, headed for Station. At this time, there are 13 human beings in low-earth orbit – an amazing feat. This flight has been unbelievably smooth. Everyone worked extremely hard getting to this launch, with many weekends worked and many hours of overtime.”

“STS-119/15A had2 a very successful docked mission,” added MMT chairman Leroy Cain, who noted he “is very proud of the whole team.”

Docking at just after 1pm GMT was successful, although Padlaka had to complete the approach manually, following what appears to have been an anomoly with the KURS automated docking system.

Confirmation Discovery is safe to return came via the DAT (Damage Assessment Team) report to the MMT (Mission Management Team) on Friday, following an overview of the Late Inspections that were carried out on Flight Day 12.

No items of concern were found on Discovery’s TPS (Thermal Protection System), which has once again proved the major advancements by the Michoud Assembly Facility (MAF) and the SSP (Space Shuttle Program) in reducing foam and ice liberation from the External Tanks during ascent.

Had a major problem been found with the heatshield, Discovery was still – as pre-planned – close enough to the ISS to return to the Station and wait for rescue by the LON (Launch On Need) vehicle – which would have been Endeavour.

That LON requirement has been stood down by the successful TPS review by DAT, and Discovery’s opening task on Flight Day 14 was to perform burn to finalize the orbiter’s separation from the ISS. 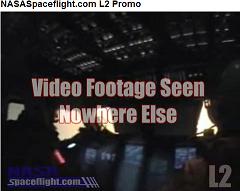 The crew awoke on Flight Day 14 to a song from ABBA, before heading into deorbit preparations, which resulted in this afternoon’s SIMPLEX burn (a two-OMS retrograde burn), slowing Discovery orbital velocity and taking her out of orbit for landing just over one hour later.

Powering the hydraulic systems that control Discovery’s Flight Control Surfaces (FCS) – which were checked out on Flight Day 13 – were three APUs (Auxiliary Power Units), although this is based on redundancy, as only one is required for re-entry and landing.

An issue with APU 2 was noted late in the mission, although this didn’t hold any impact for Discovery’s final hours prior to her wheels stopping on the Shuttle Landing Facility (SLF)

“APU 2 heater thermostat dithering. This is a problem seen numerous times before and is characterized as a “set point” change,” noted the MER report on L2. “No impact to flight or to APU operation. May require replacement post flight.”

Discovery’s re-entry also mark a shuttle first, with data being gathered by a special Boundary Layer Transition (BLT) Detailed Test Objective (DTO) that is installed on her TPS.

The DTO will attempt to gather data during entry regarding the aerothermal effects caused by the boundary layer transitioning from laminar flow to turbulent flow at a high Mach number. The test was originally set to debut with Endeavour on STS-126. 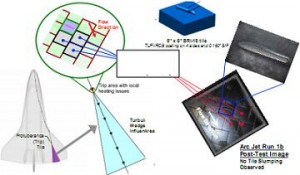 “Boundary Layer trip induced by a protuberance placed on a lower surface tile on the port wing,” noted associated documentation on L2. “Protuberance height of 0.25 inches is expected to trip boundary layer at Mach 15. Thermocouples installed on protuberance tile and downstream tiles will capture data.”

Before this DTO was approved by shuttle managers, an extensive review was conducted to ensure that the changes would not affect the performance of the Orbiter during re-entry, and that the protuberance tile was placed in an area that would minimize the occurrence of damage to the protuberance tile by ascent debris.

Now Discovery has landing, she will head into S0069 (roll-in) operations, ahead of being spotted in her Orbiter Processing Facility (OPF). Post flight processing will begin on Monday, starting with opening TPS inspections and the safing of her power systems.

She will then begin flight processing for her next mission, STS-128, which was originally set to fly with Atlantis, ahead of realignment of the shuttle manifest.

Targeting launch for No Earlier Than (NET) August 6, 2009, Discovery will be prepared for a 13 day, 3 EVA, mission to the ISS that will include the flight of the TriDAR AR&D Sensor Detailed Test Objective (DTO), the next Boundary Layer Transition (BLT) DTO, and the first flight of the OI-34 flight software.

Also riding uphill with Discovery will be a new crew member for the ISS – Nicole Stott – as well as MISSE (Materials on International Space Station Experiments) 6A and 6B, SIMPLEX, MAUI, and SEITI.

However, the primary payload for Space Shuttle Discovery will be the MPLM (Multi-Purpose Logistics Module) Leonardo – returned from the highly successful STS-126 mission in November – and the Lightweight Experiment Support Structure Carrier with an Ammonia Tank Assembly.

Interestingly, assessments on how to accelerate STS-128/17A are in progress, according to the latest Stand-Up report, which will be discussed after the landing of STS-119.

Two more missions are planned for Discovery, STS-131 and STS-134 – the latter awaiting final approval, with the possibility of additional flights via shuttle extension.