NASA managers have begun evaluations into whether STS-133 will consist of a five or six person crew, for the mission that is scheduled as the last flight to carry a Multi-Purpose Logistics Module (MPLM) to the International Space Station (ISS), pending shuttle extension possibilities.

STS-133 was originally manifested as carrying two ELCs (EXPRESS Logistics Carriers), before being realigned to ELC-3, along with a MPLM – likely to be Leonardo – making up the vacant payload space/mass.

The mission is currently working to a NET of July 29, 2010, flying with Endeavour. Previous manifests in 2008 classed STS-133 – and STS-132 – as only CLF (Contingency Logistics Flights), and technically they remain as such until they’ve proceeded through the opening PRCB (Program Requirements Control Board) baselining process.

That process will be picking up soon, with both CLF missions all but certain to fly, along with STS-134’s mission to deliver the Alpha Magnetic Spectrometer (AMS).

Currently, STS-133’s outlining effort has concentrated on finalizing the payload Endeavour will carry, along with basic mission outlines. Those evaluations currently class STS-133 as a two EVA mission with just five crew members.

However, further evaluations in the coming weeks will discuss the wish to fly with six crewmembers, due to the amount of tasks that are normally carried out on Flight Day 2 – such as the opening Thermal Protection System (TPS) inspections.

“STS-133 defined ULF5 as a 2 EVA mission (12+1+0) with a 5 person crew. Both the Astronaut Corp (CB) and Mission Operations Directorate (MOD) gave a recommendation that the mission should designate a 6 person vs a 5 person crew,” noted information on the latest MOD “8th Floor News” memo, available on L2.

“There was a good bit of discussion about the liens on a 5 person crew including the challenge of FD2 operations, EVA combined with ELC handoff operations, CDR (Commander) fully subscribed vs being able to play their overall role, etc.

“This CR (Change Request) is not approved as of this time and will be brought back to the SSPCB (Space Shuttle Program Control Board) in about a month.”

The reason there is a wish to fly with a crew of just five relates to the ISS program attempting to pack Endeavour’s MPLM with as much upmass as possible, based on this being the final mission – at present – to use the large container that can be filled with everything from clothes to science equipment.

It was Endeavour’s STS-126 flight late last year that currently holds the upmass record for a MPLM.

“The ISSP strongly wants to maximize upmass to orbit on this mission as it is the last MPLM flight prior to Shuttle retirement. (ISS program manager Mike) Suffredini asked MOD and CB to collectively consider what it would take to fly ULF5 with a 5 person crew.”

A five person crew could be given additional time to complete the tasks required ahead of docking by utilizing the option of docking on Flight Day 4 of the mission, or restricting the baseline from growing past the current duo of spacewalkers.

“The Program is willing to live with mission definition changes such as FD4 rendezvous to provide more time for a 5 person crew to perform pre docking activities, limiting numbers of EVA’s, etc in order to enable the 5 person crew option,” added the 8th Floor.

“MOD got the action to provide an integrated operations position regarding what would be required to enable a 5 person crew including impacts to the crew at the SSPCB in about a month.”

With a six person crew just over the horizon, the need for supplies and ISS spares is a major focus of the downstream manifest – and part of the argument for shuttle extension. 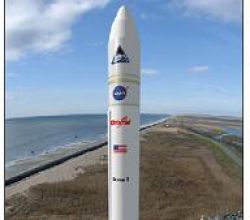 The Station is currently supplied by the Russian Progress vehicle, the European ATV and soon to be joined by the Japanese HTV. Around a year after the currently proposed shuttle retirement date, SpaceX and Orbital are due to join the resupply fleet via the Commercial Resupply Services (CRS) contract.

However, only the shuttle is capable of the heavy lift of logistical supplies, whilst being able to carry out crew rotations and insert EVA work – if and when required to supplement Stage EVAs – all during one mission, which will be lost forever in just over a year’s time if funding is not forthcoming for the proposed extension by one, two or five years.

With plans being drawn up to enable the ISS to perform it’s unique role as a National Laboratory through to the end of 2020, shuttle retirement in 2010 would result in the $100 billion Station being without its heavy lift lifeline for 10 years, while the US relies on good relations with Russia to rotate American astronauts via Soyuz for six years at the very least, ahead of Orion 4’s Full Operation Capability (FOC) and debut crew rotation.

That US manned space flight capability gap between shuttle and Ares/Orion – when America all but loses its reign as the world’s leading space fairing nation, and literally pays Russia to take over – remains the central argument for shuttle extension.