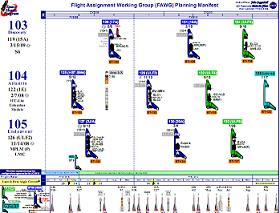 A study by the Aerospace Corporation, conducted at the request of NASA to disprove the viability of an option to switch Orion to an alternative Evolved Expendable Launch Vehicle (EELV), has found both the Atlas V Heavy and Delta IV Heavy are capable of launching Orion on both ISS and Lunar missions. Meanwhile, former NASA administrator Mike Griffin once again dismissed all alternatives to Ares I as unviable, due to the efforts already spent on Constellation.

The Californian-based Aerospace Corporation has provided independent technical and scientific research, development, and advisory services to the space program for over 40 years.

They were approached by NASA to conduct a study on replacing Ares I with an EELV, focusing on the Delta IV-H. The ULA (United Launch Alliance) were asked to contribute a limited review of the technical elements of the study. However, they were not given access to the cost or schedule data that was to be used in the findings.

It is claimed the study was called for by Mr Griffin, in order to disprove growing references that an EELV could close the gap between shuttle retirement and the first manned flight of Orion (Orion 2), currently scheduled for March 2015 – although that date is currently based on a “zero confidence” schedule, pending a summit meeting to find solutions to funding and schedule disconnect issues, found during the ongoing PMR (Program Milestone Review) process.

The results for both the Delta IV-H and Atlas V-H are encouraging, and point towards large margins on both the ISS and Lunar Orion vehicle. However, that is only part of the story.

The Delta IV-H numbers include use of the RS-68A, which is an upgraded version of the current RS-68 – currently undergoing testing and due to come into service in a few years time.

It is also noted that the ULA used the same ascent trajectory constraints as Ares I, such as the LAS (Launch Abort System) jet at Upper Stage Ignition (+30 sec, -30x100nmi injection).

The data did, however, point towards the ULA being required to optimize their current trajectory elements, although that would be refined after an “apples-to-apples” comparison with Ares I – which was the focus of the study.

On costs, information notes a new, dedicated launch pad (LC-37A) for Delta IV-H – if required – would cost around $750M, although sources claim it would be a lower dollar figure. An alternative Vehicle Integration Building (VIB) and Mobile Launch Platform (MLP) for Atlas V-H on LC-41 would cost around $350M.

It would also cost another $350m and 30 months to finish non-recurring work and field Atlas V-H.

The issue of “Black Zones” – often cited by Constellation managers as a negative issue with the EELVs – has been closed, and is not deemed to be a restrictive issue for “human rating” the vehicles.

However, ULA’s estimate of $400M to human rate the Delta IV-H – and a figure of around $200m to carry out the same process on an Atlas V-H – are deemed as “wildly off base” by NASA sources, who claim it would take many billions and many years to satisfy NASA ground rules. Those sources refused to expand on what their larger estimates are based on.

A major negative point for switching to EELV relates to the NASA workforce, especially at the Marshall Space Flight Center (MSFC), and other “shuttle derived” centers and contractors.

Currently, a percentage of the shuttle workforce have – or will be – transitioned over to Constellation, although several thousand will still lose their jobs at the end of the shuttle program. A switch to EELV would see the job losses rise dramatically, according to NASA sources, who add it would also destroy the skill set.

It is also claimed that either an Atlas V-H or a Delta IV-H would be ready to launch with the existing Orion until 2014, which is later – but potentially more realistic – than previous claims reported in the media.

A large gap in US manned space flight would still exist without shuttle extension, although the current five year gap until Ares/Orion’s IOC (Initial Operating Capability) is unstable, and likely to grow, even if the upcoming PMR summit finds short term solutions to the funding shortage and schedule disconnects.

With a new NASA administrator expected to be announced very shortly – within days some sources claim – the seriousness of NASA’s funding through the transition to a return to the moon, and the future aim of manned missions to Mars was bluntly outlined by the former NASA administrator, during a speech on April 17 to the National Space Club Goddard Dinner.

Citing the proposed Fiscal 2010 budget outline released by President Obama, Mr Griffin notes the current plan to retire the space shuttle in 2010 as “good news” – despite the growing schedule pressure of needing to complete nine missions in around one and a half years, and the resulting gap of at least five years – a situation that grew worse under his watch.

“A few weeks ago, President Obama released his new administration’s proposed Fiscal 2010 budget. For those of us who understand the value of human space exploration, of going once again beyond the shoals of low Earth orbit, the words accompanying the budget release were encouraging,” noted Mr Griffin on a transcript of his speech.

“The President’s budget reiterated support for the retirement of the Space Shuttle and its replacement by the initial Constellation elements, continuation of International Space Station operations after 2015, and for human lunar return by 2020. All of that is good news.”

However, Mr Griffin then went on the offensive, claiming the Office of Management and Budget (OMB) is responsible for the Constellation Program’s problems, noting they have removed $15 billion from the NASA pot since President Bush announced the Vision for Space Exploration (VSE).

“Work at the staff level continues out of view of the nation’s elected leadership, and in the recent passback to NASA from the Office of Management and Budget, the news is not so good. After a small increase this year, Exploration Systems at NASA goes down by $3.5 billion over the next four years.

“When combined with earlier reductions of almost $12 billion during the Bush Administration, well over $15 billion has been extracted from the Exploration Systems budget in the five short years since the new space policy was announced. Funding for lunar return in the Constellation program was already less than $4 billion in the years prior to 2015.

“This was to be allocated to early work on the Ares V heavy-lifter, and the Altair lunar lander. With only a half-billion dollars now available, this work cannot be done.”

Noting the change of direction within the Agency since the loss of Columbia and her crew on STS-107, Mr Griffin added: “in the last five years two presidents and two Congresses have provided the top-level direction necessary to ensure that the root cause of Columbia’s loss – the lack of a guiding strategic vision for NASA – never happens again.

“But apparently something more is needed. We’re not matching the words with the necessary actions at the staff level. How soon we forget.

“Let me be clear. In a democracy, the proper purpose of the OMB is not to find a way to create a Potemkin Village at NASA. It is not to create the appearance of having a real space program without having to pay for it. It is not to specify to NASA how much money shall be allocated for human lunar return by 2020.

“The proper purpose of the OMB is to work with NASA, as a partner in good government, to craft carefully vetted estimates of what is required to achieve national policy goals. The judgment as to whether the stated goals are too costly, or not, is one to be made by the nation’s elected leadership, not career civil service staff.”

After noting the advances made by other countries in their goals of building towards exploration, and the resulting threat they pose in overtaking the US as the world leader in “defining, occupying, and extending the human frontier,” Mr Griffin turned his attentions towards the criticism of Ares I, saying “so what?” to the possibility there are better alternatives available, given the amount of money and effort that would have been wasted on Ares, if it was to be cancelled at this stage of development.

“I’ve grown impatient with the argument that Orion and Ares I are not perfect, and should be supplanted with other designs,” he noted. “I don’t agree that there is a better approach for the money, but if there were, so what?

“Any proposed approach would need to be enormously better to justify wiping out four years worth of solid progress. Engineers do not deal with “perfect”. Your viewgraphs will always be better than my hardware.

“No one can wrest leadership in space from the United States. We’re that good. But we can certainly cede it, and that is the path we are on.

“In this 40th anniversary year of Apollo, we need to ask ourselves some hard questions. Do we actually want to have a real space program? Do we want to be a leader in space, a leader on the frontier? Or do we just want to talk about what we used to do, and what we plan to do, someday?”