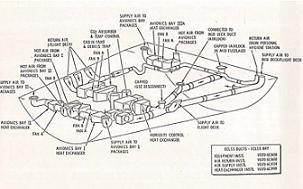 The STS-125 crew are completing the final servicing tasks on the Hubble Space Telescope via the fifth and final spacewalk of the mission. EVA-5 spacewalkers John Grunsfeld and Drew Feustel have completed all the required tasks to ensure full mission success on the servicing mission.

No major issues are in work, as Atlantis continues to perform well on orbit. However, several pre-emptive actions have been taken by the Mission Management Team (MMT), including what is now over 20 presentations (available on L2) on the ASA channel 1 failure during last week’s ascent – which will be rounded up in Tuesday’s article.

“The MMT continues to meet daily with no significant issues being worked; the mission continues to proceed as scheduled,” noted MMT latest (L2) on Flight Day 8, adding two items of interest to the Mission Evaluation Room (MER) list.

This is not a significant issue and has been seen on previous missions. Engineers note it is likely caused by “water carryover in the air outlet.”

“Water was wiped off and Hum Sep A was powered up to increase the separation rate. Currently on A & B,” added the MER report. “Plan is to power down Hum Sep B during pre-sleep after inspection for water.”

Another new item of interest relates to Atlantis’ Fuel Cell 1’s voltage readings. While the issue also holds no mission impact, it will continue to be monitored by controllers on the ground.

Other issues have been ably dealt with by Atlantis and her crew, such as the core dump of the Flash Evaporator System (FES), required after icing in the system.

Flight Day 8’s focus was on the fifth EVA of the mission, conducted by Grunsfeld (EV1) and Feustel (EV2). Their tasks included the changeout of Bay 3’s battery, the replacement of the Fine Guidance Sensor-2 replacement, and the installation of a New Outer Layer Blanket replacement over Bay 5 – all of which have been completed.

Thanks to being one hour ahead of the timeline after the FGS-2 replacement task, controllers on the ground added the deleted tasks from EVA-4, allowing EVA-5 to install the remaining NOLB thermal blankets on Bay’s 7 and 8 – thus completing all the tasks designated to STS-125’s work on Hubble.

“EV2 retrieves the new Bay 3 Battery from the SLIC (Super Lightweight Interchangeable Carrier). On MCC Go, EV1, at the Bay 2 location, removes the old battery. The two EV crew swap batteries. EV1 installs the new battery, while EV2 translates over to the SLIC to stow the old battery on the SLIC for return. The ground will perform an aliveness test followed by a functional test,” outlined the Flight Plan walkthrough.

“FGS-2 R&R: The new FGS is removed from the ORUC (Orbital Replacement Unit Carrier) using the EVA handhold that is permanently installed on the FGS prior to launch. This handhold will remain in place. The FGS changeout begins by MS2 deploying the aft fixture. EV1 opens the

“FGS-2 Doors, which are at +V3. After MCC-Go, the crew demates FGS-2 connectors. Using a portable handhold, which EV1 installs onto FGS-2, he removes FGS-2 and temp stows on aft fixture. EV1 (RMS) and EV2 (FF) head over to the FSIPE to retrieve the new FGS-2. They head back to the +V3 FGS bay 2, where EV1 installs the new FGS-2. The crew then close the FGS-2 bay doors and translate to FSIPE to stow the old FGS-2.

“The ground will then perform an aliveness test,” which has been successfully conducted. 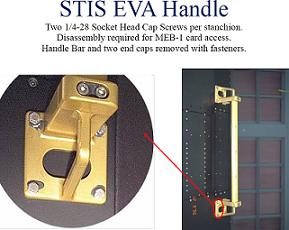 This has also been completed in good time, allowing for the final two NOBLs to be installed, deferred from EVA-4, due to the issues with the removal of a handrail from the Space Telescope Imaging Spectrograph (STIS) repair task, which resulted in spacewalker Mike Massimino literally ripping off the handrail from the fourth and final bolt fastener that refused to release.

Most importantly, the management of the five EVAs has ensured all tasks, some of which were not required for minimal mission success, have been conducted on the telescope.

“That’s it, you guys have done it all,” noted MCC-H to the STS-125 crew as the final NOBL was being installed. “You hear that, we’ve done it all!” came back the call from the crew.

HST farewell ahead of Late Inspections – panel 11R of interest