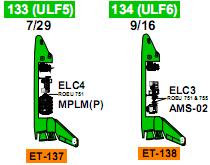 As the International Space Station (ISS) continues to build up to a six man crew, managers are looking into adding a Multi-Purpose Logistics Module (MPLM) permanently on Station at the conclusion to the last logistics mission for the shuttle. Assessments are also taking place on potentially swapping the yet-to-be-baselined STS-134 with STS-133’s place in the manifest.

The key item of discussion for ISS managers of late has been preparations for transitioning the Station to a crew compliment of six – which was recently given the “Go” recommendation by NASA.

“Although there are many risks and potential liens on the six crew capability, with today’s capability and consumables, the six person crew complement has sufficient capability to be supported until October, 09 even if 17A (STS-128) and HTV1 (JAXA) are delayed until after October,” noted this week’s MOD 8th Floor News, available on L2.

“MOD picked up one Exception with several actions,” the report continued, in pre-emption of increased visitations from spacecraft through this year and next. “The exception is the lack of appropriate planning constraint documents and operational products regarding how multiple docked vehicles will undock from the ISS for an emergency scenario.

“Additionally, we will have a new ability to perform Debris Avoidance Maneuvers (DAM) using a ground programmed (Cyclogram) crew controlled Soyuz burn. A cyclogram will be uplinked to the Soyuz to provide the explicit DAM thruster requirements and attitude control will be provided by the SM (Service Module).”

As part of ongoing discussions relating to the crew size on missions at the end of the current manifest, ISS managers are continuing to work out the best approach on fully utilizing the payload capability of the shuttle with as much upmass as possible – which may involve five person crews on missions such as STS-133.

“(ISS program manager Mike) Suffredini clarified that the last few Shuttle missions to ISS will be all about maximizing upmass. He is willing to sacrifice mission flexibility and other factors in order to provide maximization of upmass,” added the notes from the 8th Floor.

Part of the discussions also point towards a wish to fly STS-134 – carrying the Alpha Magnetic Spectrometer (AMS), though yet to be officially funded/baselined – ahead of STS-133, currently scheduled to fly with Endeavour.

Taking those plans further, STS-133 – which would become the final shuttle mission on the current manifest, pending shuttle extension go/no go – would leave its MLPM berthed to the Station.

“(Mr Suffredini) said to assume that ULF5 (STS-133) will be the last flight (he intends to have the ULF6/AMS (STS-134) flight fly before ULF5),” added the notes. “He then indicated that the team should assume and assess leaving the MPLM permanently on ISS.

“So with the requirement for max upmass along with leaving the MPLM, the board directed an integrated MPLM (team meeting) to work on how to make ULF5 mission work with the following assumptions:

Approving such a change to the crew size will be debated, with the Space Shuttle Program citing the above reduced mission content as a potential concern.

The status of the potential changes will be better known next month, as will be plans to leave the Orbiter Boom Sensor System (OBSS) permanently on the Station – previously reported by this site – especially if managers decide to switch STS-133 and STS-134.

“The team was asked to return to the SSPCB (Space Station Program Control Board) in about one month with the result (of the above plans),” added the 8th Floor. “Leaving the OBSS was also mentioned. Currently, leaving an OBSS on the ISS is scheduled for ULF6 (STS-134) so should not have to be considered for this mission.

“Additionally, one of the key decision elements is whether the ELC (Express Logistics Carriers) requires heaters prior to removal from the payload bay – if so, requires an EVA during dual arm ops to unberth the ELC.

“Currently, all the ORUs (Orbital Replacement Units) on the ELC are OK thermally without heaters. The community is still investigating whether the ELC internal avionics require heaters. We should have an answer on that question in the next few weeks.” 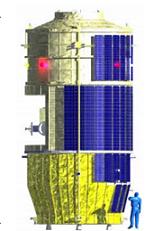 Also discussed by ISS managers was the development of an alternate port capability for HTV1 at Node 2 Zenith for the Japanese HTV (H-II Transfer Vehicle) – which is currently scheduled to make its debut launch to the ISS in September, launching from Tanegashima Space Center on an H-IIB vehicle.

“The driving rationale was the possibility that 17A (STS-128) could occur in the month of September when the HTV was attached at the Node 2 nadir port,” the 8th Floor report explained. “This port is required for the MPLM being flown on 17A. The CR (Change Request) was approved.

“This generally provided necessary hardware (power and 1553 data cables), analyses, and software required to utilize the zenith port. The power and data cables will not be ready to fly on 17A, so they will be included in HTV (the plan is to make them easily accessible).

“This CR will enable the ability to transfer pressurized cargo from either the zenith and nadir ports. However, due to a number of factors, currently the ISSP is assuming that external cargo transfer can only occur from the Nadir port.

“Analyses of the external cargo will be conducted in case it has not been transferred and we need to temporarily place the HTV on the zenith port (external transfer would then occur after moving the HTV back to the nadir port).”

The JAXA cargo vehicle is capable of supplying a total of six tons of pressurized and unpressurized cargo to the ISS at an altitude of 407 km. Pressurized cargo can be received at the rack level (an International Standard Payload Rack (ISPR)) or sub-rack level; such as Cargo Transfer Bags (CTBs), and is a major element of increasing the science being conducted on Station.