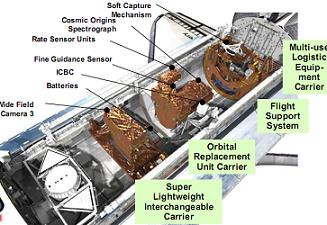 Engineers will carry out the repair on Atlantis’ damaged port radiator over the weekend, as STS-125 pushes ever closer to the launch countdown for the mission to Hubble. Meanwhile, the issue relating to the Forward Reaction Control System (FRCS) F5R thruster issue on Discovery has been cleared on both Atlantis and Endeavour.

Thursday’s Agency level Flight Readiness Review (FRR) approved the May 11 launch date without any major issues being discussed – and no real additions to the previous week’s SSP (Space Shuttle Program) FRR, unlike a number of previous missions.

“Had a very thorough review. Launch date is May 11th at 2:01 PM EDT. Went over everything on the vehicle and HST, teams were very detailed – and the review was a little shorter than the last ones, but that’s just a tribute to the teams,” noted NASA associate administrator Bill “Gerst” Gerstenmaier.

“(It was a) real tribute to the team that they were able to pull this together and get an intricate timeline. Teams are ready and we’re ready to go.”

“FRR could not have gone any smoother,” added Shuttle manager John Shannon. “Could not find any big issues, was very easy to conduct this FRR thanks to a smooth STS-119 flight – and the crews for this flight are ready to go, for quite a while now too.”

While Mr Gerstenmaier and Mr Shannon were addressing the media, internally NASA managers were just as buoyant about the smooth review, as Atlantis finally closes in on her trip to Hubble after numerous delays – mostly no fault of her own.

“The meeting has completed and the poll was unanimous, Go for launch! The launch date is set for May 11th but there is no payload margin in this schedule. HST has the range through the 13th and then needs to stand down until at least the 20th (assuming a Delta Launch moves),” noted Annette P. Hasbrook, Deputy Chief, Flight Director Office, via memo to managers (L2).

“Regarding STS-400, Gerst expects folks to have completed their CoFR (Certification of Flight Readiness) for STS-400 as part of their STS-125 preparations. Don’t expect to have an FRR for STS-400 unless it is called up. Plan would be to conduct this FRR at the L-2 (days) if needed.”

Several processing get-wells – such as the damaged radiator – are known and not expected to cause any issues with tracking the target launch date of the 11th, with the memo only updating an issue with the IMAX Cargo Bay Camera (ICBC), which is part of the Hubble payload.

“Motor and camera in general are located close to COS (Cosmic Origins Spectrograph) instrument and there is concern if it overheats it would contaminate the instrument.

“Did additional troubleshooting and believe it is a gravity affect and will go away in orbit. Ops working options to power off if needed. ICBC Camera lenses and iris openings. One of them doesn’t open to the full open position, only goes to 85 percent. Only need 0.5 f-stop so no impact and will fly as is.”

Regular pad processing remains on the timeline for Atlantis, with closeouts of the vehicle taking place ahead of flight.

A couple of new IPRs (Interim Problem Reports) were noted on the processing information – one of which has already been closed, while the other is under investigation.

“The result was a successful test with data verifying the low voltage was caused by multi-pathing. Most probable cause was the configuration of the Right Hand SRB skirt platform not being extended. This IPR will be closed as an explained condition.

“NEW: Eastern Range holdfire circuit voltage is lower limits, should be NLT 32 volts. During hold fire checks the hold/proceed signal from eastern range was not making it to the system. Troubleshooting to date is indicating the Range side is good. KSC Comm is continuing to investigate the issue on their end. Constraint S0007 (launch countdown).” 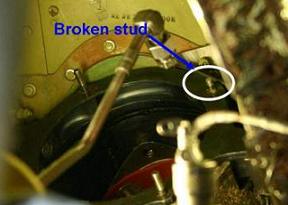 While IPRs are usually closed ahead of the time they become a constraint to the flow pressing forward, good news has already been confirmed on an investigation on both Atlantis and Endeavour, relating to a stud that was found to be broken on Discovery’s FRCS F5R thruster.

“This prompted us to check the other orbiters. Atlantis is good to go, I expect Endeavour to be good to go, but can not confirm that right now, we have not checked,” noted Launch Director Mike Leinbach.

“Forward RCS vernier thruster stud inspections (OV-103 issue) are complete with no anomalies,” confirmed processing, with a late Friday update also confirming the investigation to the identical hardware on Endeavour had resulted in no negative observations.

Even if a problem had been found, it would have likely resulted in a waiver, given Discovery had probably flow a couple of missions prior to the broken stud being found.

Had problems been found on Discovery’s sisters – with enough concern to require replacement hardware in that location – the call would have been to rollback, destack and remove of the FRCS in the Orbiter Processing Facility (OPF).

Repairs on the damaged radiator on Atlantis will begin on Saturday, following the accident involving a liberated socket from a torque wrench, which impacted two areas – resulting in two cracks – on the thin aluminium face sheet, before bouncing off two engineers working at the pad, both of whom we’re unhurt.

“Caused a couple dents. Starting to stage repair Friday, repair is due on Saturday, and we can go into Sunday if needed,” added Mr Leinbach. “The impact did not damaged the freon tubes.”

“Radiator repair for scheduled for Saturday; plan is to perform a standard repair, which involves complete removal of the damaged area and installing a plug and doubler,” confirmed Friday processing information, which highlights the weekend work on Atlantis.