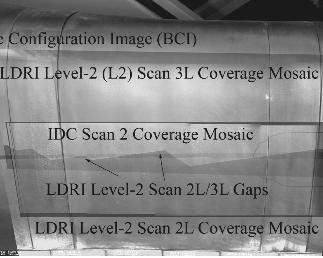 With Endeavour’s seven member crew and the International Space Station’s six member crew working diligently to ensure that all major objectives of STS-127 are accomplished in a timely and measured manner, engineers on the ground have also been hard at work with the DAT (Damage Assessment Team) and Image Science and Analysis Group openly discussing the processes involved in reviewing the critical OBSS (Orbiter Boom Sensor System) Thermal Protection System data collected on FD-2 (Flight Day 2).

While many people understand the idea and necessity behind the FD-2 inspections of all Shuttle Orbiters by way of the OBSS, only limited documentation from NASA has addressed the procedures involved in compositing/overlapping, reviewing, and detecting imperfections with the RCC (Reinforced Carbon-Carbon) panels on the WLE (Wing Leading Edge) areas of Discovery, Atlantis, and Endeavour.

Currently, each Orbiter is inspected via a series of six scans per wing and a mosaic scan on the Nose Cap RCC.

The reason that the scan of each wing is divided into six distinct scanning patterns relates to the detail and resolution necessary for DAT members to review the condition of the individual RCC panels.

According to the RCC Imagery Coverage Estimates and Analyses document by the Image Science and Analysis Group (available for download on L2), “Laser Dynamic Range Imaging (LDRI) Level-2 images are used for scans 1-5 coverage analysis.”

These first five scans are used by the DAT to determine if any critical damage — smaller than 0.25″ — exists on any RCC surface.

The sixth and final scan is classed as a Level-1 LDRI scan and is used primarily for coverage analysis and damage sites on the order of 1-inch.

After the OBSS scans are complete, and the Flight Crew downlinks all recorded OBSS data to the ground, the individual scans are compiled into one image of each RCC panel.

“For WLE scans, mosaic scan-segment overlap per panel is indicated in a composite image with graphical ‘tie’ features in component scan segment mosaics from the bottom to the top of the panel to indicate full-panel coverage or lack thereof,” notes the Image Science and Analysis Group report.

Nevertheless, the RCC panels do not always carry distinctive markings and some areas of the WLE and Nose Cap are only visible in one scan — features which can make the process of compiling and overlapping the various OBSS images difficult.

“For some portions of the WLE, the lack of distinct RCC surface features make it difficult to establish overlap,” notes the Analysis report. “In those cases, coverage analysts may overlay associated LDRI images on a baseline image to determine overlap.” 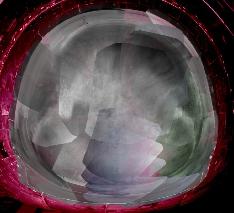 For the Nose Cap, confirmation of proper overlap in OBSS scan data is accomplished by overlaying a “representative set of Level-2 LDRI images” on a baseline model of the Nose Cap surface.

Once the OBSS images are compiled and verified, a complete review and analysis of WLE panels 7-11 (on both wings) is completed first by the DAT.

This is followed by a complete review and analysis of all WLE edges panels (with their associated lower and upper carrier tiles) and the Nose Cap.

Furthermore, once the OBSS scans are complete, the DAT team — per their timeline — has 42-hours to complete their assessment of all Priority Areas of the WLE and Nose Cap.

This timeline was created in response to the lead time necessary for the Flight Crew and Mission Control to implement a Focused Inspection on these Priority Areas in the FD-5 or FD-6 timeframe.

A complete review and analysis of the remaining WLE and Nose Cap areas is then completed over the following two days — leading to the official decision to clear the specific Orbiter’s TPS for reentry. 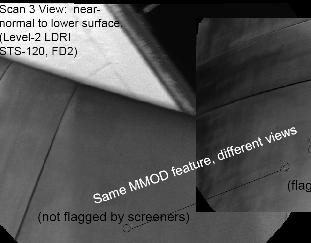 Similarly, following the completion of the OBSS late-inspections, the DAT’s timeline gives them 34-hours to complete their review of the late-inspection images v. the FD-2 inspections — looking for any changes in configuration that might have occurred as a result of MMOD (Micro-Meteoroid Orbital Debris) impacts.

Nevertheless, the implementation of the OBSS scans is still an extremely new procedure for Shuttle operations and, as such, is constantly undergoing revisions and refinements to types/levels of scans that are necessary for certain regions of the WLE and Nose Cap.

This was evidenced during STS-125 in May 2009 when, during late-inspection, a gap in the LDRI Level-2 imagery from scans two and three was discovered on RCC panel 9L (the ninth RCC panel on Atlantis’ port side).

When the missing OBSS data was discovered, the DAT quickly verified that a Level-2 scan of the non-imaged area existed via scan one. In fact, it was later discovered that the Level-2 LDRI imagery from scan one of RCC panel 9L could prove superior to the scan two and three imagery in terms of MMOD damage detection.

Nevertheless, mission planners for STS-127 decided to err on the side of caution and increased the number of Level-2 scan three images for RCC panels 8L-10L from five to nine.

Specific to STS-127 and Endeavour, the DAT was able to clear all early Regions Of Interest (ROI) on the RCC and LESS via the FD-2 OBSS imagery.

“No ROI exhibited any damage characteristics and the ROI totals were within expectations,” notes a Mission Evaluation Room (MER) presentation, available for download on L2. 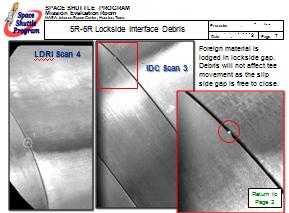 Furthermore, the OBSS scans confirmed that Endeavour’s RCC panels did not incur any damage from the numerous foam liberation events from ET-131 during ascent.

“WLEIDS cases A1 through A7 did not manifest themselves as major RCC damage. Lockside interface between right WLE panels 5R and 6R appears to have captured what is believed to be foam,” notes the MER presentation.

The interface was not deformed or damage by the wedged piece of debris and is thus not an issue for reentry. “Debris in gap is not an issue as this gap remains static during entry (movement occurs across slipside interface).”

In the end, all of Endeavour’s RCC panels whose underlying WLE detection sensors registered potential debris impacts during ascent were cleared via the OBSS scans — which showed no damage to these panels.