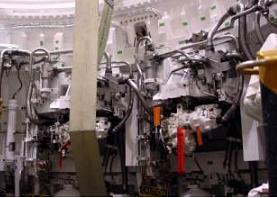 Work has started on replacing the Check Valve Filter Assembly (CVFA) and associated hardware on Discovery’s left hand Solid Rocket Booster (SRB), as engineers continue to evaluation potential schedule impacts to STS-128’s pad flow. Meanwhile, shuttle manager John Shannon has told the workforce to keep their focus on the missions, pre-empting a forward plan for NASA is just around the corner.

The Space Shuttle Program (SSP) is enjoying a busy period, with Discovery preparing for a launch near the end of this month, External Tank ET-133 now inside the Vehicle Assembly Building (VAB) for Atlantis’ STS-129 mission, and Endeavour in post-flight processing – following her successful mission to the International Space Station (ISS).

“There is a great deal of activity occurring all around the SSP. There is a lot of good work being done,” noted Mission Management Team (MMT) chair LeRoy Cain. “The STS-127/2JA mission has gone extremely well. We will (now) turn our focus towards the STS-128/17A mission.”

Pad processing for Discovery has picked up the pace, following her eventful rollout to 39A on Tuesday morning – almost resulting in a rollback when the Crawler-Transporter started to struggle with the muddy conditions at the Kennedy Space Center (KSC).

After finally arriving some ten hours after departing from the VAB, work began on a unique replacement of the CVFA – which suffered from problems during testing prior to rollout.

“APU3 hotfire began once the O2 concentrations were below the required 25ppm, (followed by RSS – Rotating Service Structure – park to mate).”

The work on the booster relates to observations made during the High Pressure Leak Checks – when a loud noise was heard shortly after pressure was applied to the LH SRB tilt system.

This was caused by the failure of the CVFA – resulting in the pump and APU (Auxiliary Power Unit) to spin backwards.

To ensure all the associated hardware is replaced, engineers decided the best approach would be to replace the APU, hydraulic pump and CVFA – although such a procedure has never been carried out “in-situ” at KSC.

“Engineering and flow management continue to refine the plan for the HPU hardware R&R and evaluate the impacts to the overall integrated pad flow.”

Further evaluations are taking place at the Johnson Space Center (JSC), where the Orbiter Project Office (OPO) will discuss issue in the run up to their pre-SSP FRR (Flight Readiness Review) meeting on Friday.

“On the SRB hydraulic check valve failure, will look at Orbiter hardware to see if there is any common hardware and if there are any implications of that failure on the Orbiter hydraulic system,” noted the OPO. STS-128 FRR with OPO is Friday.” 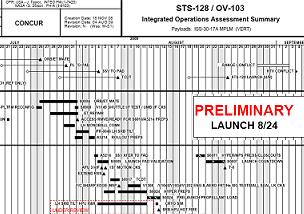 Currently it is understood that work will be completed in time to avoid an impact to the launch date, with Integrated Milestone Charts from Tuesday (on L2) showing a potential August 24 NET (No Earlier Than) – although a firm date is yet to be confirmed by managers.

Operations to prepare Discovery’s payload for installation into her cargo bay are continuing, as the flight crew arrived at KSC for the two day Terminal Countdown Demonstration Test (TCDT) – which begins on Thursday morning.

This week’s Standup included a variety of topics, ranging from the focus being placed on STS-128 – now that STS-127 has successfully completed its mission, to the ongoing Augustine Commission review of NASA’s Human Space Flight program.

Referring to the recent Program Milestone Review (PMR), the challenges of the budget – even for the current shuttle program schedule – are all too apparent.

“We understand very well where we are from a budget standpoint. It is very tight getting out of this year and trying to forward fund next year,” Mr Shannon noted on the latest Standup (available on L2). “If we’re on a CR (Continuing Resolution) we will have some challenges, so we will just work that as we go through it.”

Such CRs may modify if a decision is made to extend the shuttle program by several years. At present, the program is almost certain to run into 2011, with options to extend to 2012, and even as far out as 2015 – per Augustine Commission evaluations. 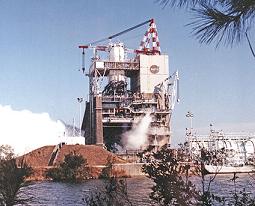 Adding flights to the shuttle manifest would result in several key contractors and centers revising their plans, such as the Stennis Space Center (SSC), which recently conducted the final test of a Space Shuttle Main Engine (SSME).

“It was a phenomenal job with the folks at SSC pulling off the SSME test and getting it done safely. It was our last planned SSME test,” added Mr Shannon.

“The team kept their focus and really set the right example for the rest of the team – as we are coming up to the last activities in our particular areas of interest – to perform with such professionalism and get the job done. They showed how to finish strong.”

And finish strong is what the SSP has to do until it is confirmed the plans have changed, with “the rumors, and all other stuff going on” ahead of the meetings next week, when “good indications” on the forward plan should be forthcoming.

“The August 12th meeting should be a great indicator for exactly where they are heading. (Mr. Shannon believes) they are already working on their report, but it is not totally integrated yet,” added the Standup report.

“Then there is the outbrief to Dr, John Holdren and Charlie Bolden on August 14. The direction NASA will get out of that is to formulate a forward plan, and not initiate another study. We are going to get into some concrete implementation activities based on whatever the recommendations may be.”

For now, Mr Shannon and the SSP are concentrating on the continued safe flight of the fleet, with Endeavour adding another success last month during STS-127.

“The mission was phenomenal. It was difficult to get off the pad with all the weather activities. We have a little bit of adversity from the ascent video with the foam. The team was very calm and worked through that. It became a non-issue, at least for the flight in progress, after FD4 (Flight Day 4),” added Mr Shannon, who “expressed appreciation for the professionalism of the team working through that.”

“The on-orbit mission with five EVAs was extremely challenging; it just went off like clockwork. That is really the way to do it.”

Again referencing the Augustine Commission, Mr Shannon called on the workforce to remain focused on the current missions – with STS-128 just around the corner.

“We will be asked to help, plan, and go through any activities for any changes in direction. This will all be going on as we prepare for STS-128, we must keep focused on STS-128.

“If we do not execute STS-128 appropriately, then all the studies in the world are not going to help us get where we want to go. We need to really concentrate and really keep our focus and do the things we know to be successful.