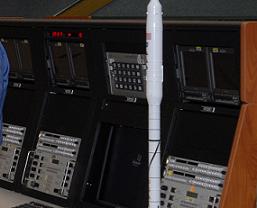 With just three weeks to go until rollout to Pad 39B, Ares I-X is in the final series of checks inside the Vehicle Assembly Building’s High Bay 3. Numerous engineering challenges are successfully being worked through – and the vehicle remains on track for an October 27 launch date. Meanwhile, the SD HLLV (Shuttle Derived Heavy Lift Launch Vehicle – or HLV) continues to make progress – on paper at least.

After several weeks of stacking and integration work, Ares I-X is undergoing powered testing of its systems ahead of the October 19 rollout to the pad.

“The team continues to work toward a planned launch date of 10/27; the launch window extends from 0800L to 1200L. The vehicle was powered up to support DFI (Detailed Flight Instrumentation) testing: Confirmed good PCM (Power Control Module) hardline for all the streams except for video,” noted end of week processing information on L2.

Several issues have been worked in the Ares I-X processing flow this week, including a couple of acronym-heavy problems that continue to be monitored via troubleshooting efforts. None of the problems – ranging from electronics and a problem with a Load Test Indicator – are deemed to be serious.

However, most of the focus has been placed on a problem relating to the Fault Tolerant Inertial Navigation Unit (FTINU), which suffered an “installation event”.

“FTINU update: United Launch Alliance engineers met and reconstructed the FTINU installation “event”. The group decided there was no impact to the FTINU beyond normal handling,” added processing information. “The suspect non-conformance against the installation will close.

“The additional non conformance against the FTINU that was picked up to document the ‘out of family’ – but in spec – anomaly with the axis number 3 accelerometer exhibiting a 20 uG shift that occurs normally 1-4 hours after power up will remain open pending engineering evaluation.

Away from processing in the VAB, the launch team are picking up on preparations for the October 27 launch, which included a shuttle-like countdown simulation, where several issues are simulated in order to test the reactions and troubleshooting ability of engineers and controllers.

“The entire team performed very well and worked through several issues including three waiver discussions and an abort recycle. The team identified a few minor actions that will be addressed prior to the next Launch Countdown Simulation.”

A Technical Interchange Meeting (TIM) was also carried out at the end of the week for the rollout of Ares I-X – which is now taking place sooner than previously scheduled.

Originally, rollout to the pad was set to take place just three days prior to launch. However, this has been moved up to eight days ahead of launch, as managers deconflicted the workloads on the engineers tasked with processing Atlantis’ STS-129 flow to Pad 39A for her November launch.

“A Rollout TIM was held to confirm the rollout plan and insure that the entire team is comfortable with the analysis, rollout speeds, etc,” added processing information. “The TIM was very successful and only a few minor operational issues remain to be worked out. “ 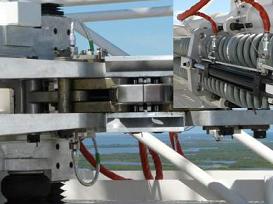 Out at Pad 39B, installation of the Vehicle Stabilization System (VSS) is almost complete, with the plan to fully test the system due to take place on Monday.

Ares I-X is classed as under no threat of being cancelled, despite the pending decisions by the White House on the future path NASA will be guided on – based on the options presented by the Augustine Commission into Human Space Flight.

The previous threat related to the potential cancellation of the Ares I program, which Ares I-X’s test flight partially represents.

In the event of a decision to change paths and cancel Ares, one of the leading candidates to become its replacement – the SD HLLV or HLV – is continuing to show favorable results via design and mission capability evaluations.

Due to the vehicle’s close relation to the Shuttle, twice weekly progress notes are being published on the Shuttle Standup/Integration reports (acquired by L2). 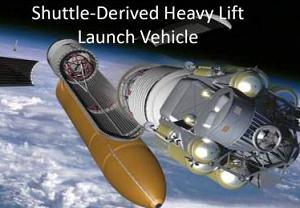 Interestingly, one of the first openly-noted problems with the vehicle was noted back on September 10, when a mass issue came to light with the payload carrier that would ride uphill with the External Tank and Twin Solid Rocket Boosters (SRBs), in the position of the orbiter in the current configuration.

“Loads associated with the additional carrier weight are being investigated. The payload carrier weighs more than the Orbiter,” noted the September 10 update via SSP (Space Shuttle Program) manager John Shannon. “This work will require several weeks.”

However, just two weeks later, additional notes claimed no show stoppers had been found via the mass evaluations into the carrier.

“Results of the loads assessment was received from the elements regarding the added weight for the payload carrier. The projects provided first class support in this effort. No show stoppers were discovered through this analysis. This work will continue as the design matures,” noted the Standup on September 24.”

Work is continuing into an effort to show the various capabilities of the HLV via the design of reference missions – ranging from both unmanned to manned. According to Mr Shannon – via the Standup reports – the HLV is being very well received and supported by industry experts, including those attending the recent AIAA (American Institute of Aeronautics and Astronautics) convention in California.

“Went to the AIAA 2009 convention at Pasadena, CA last week. It was the largest crowd they have ever had. Probably the keynote speech by (NASA deputy administrator) Lori Garver was the best supported event. Had many good papers. The HLV paper went very well, and was well supported. It was using the HLV to demonstrate an application (not clarified).

“No new information from the Augustine Panel. We are just standing by, and when he receives direction, it will be passed along.”

This week also saw the presentation of the progress made so far to Bill Gerstenmaier, Associate Administrator of the powerful Space Operations Mission Directorate (SOMD). Again, the tone of the progress notes were positive.

“A family of design reference missions was identified that will demonstrate the foundational capability of the HLV. This includes four types of missions: 1) supporting the ISS; 2) lunar missions – manned and unmanned; 3) geo-synchronous orbit flights to deploy satellites; and 4) L1 support,” added the Standup.

“Provided static and dynamic loads on the heavy lift cases to all the key elements. No show stoppers so far. The analysis is close to complete. Will review their results formally, as well as looking at looking at trades for a Lunar Reference mission in prep for reviewing it with Bill Gerstenmaier.