STS-129 has concluded with a homecoming to Florida, following a flawless mission for Atlantis and her crew. Landing at the Kennedy Space Center (KSC) was at 9:44am Eastern, following the go to take the opening deorbit burn opportunity at 8:37am. Atlantis was working no issues, and saw her Thermal Protection System (TPS) cleared for entry, despite some interest in the 5L RCC panel on her port wing.

With perfect weather on the Florida Space Coast, Atlantis was always likely to complete a mission that launched at the first attempt and landed on the opening opportunity. Consumables onboard would have allowed for the orbiter to remain in space until Monday – had it been required – with LiOH (Lithium hydroxide) canisters the limiting factor.

Atlantis had two opportunities to land on Friday, with two more on Saturday – all targeting KSC, before all three CONUS (US) landing sites – KSC, Edwards and White Sands – would have been opened for Sunday, with Monday reserved for a systems wave off day.

“Landing strategy: KSC only for EOM and EOM+1. Orbit Adjust required after EOM waveoff to pick up 2nd opportunity to KSC on EOM+1. EOM+2 (Sunday, November 29) will be pick-em day.”

Shortly after landing, Atlantis will be safed and prepared for a tow back to the vacant Orbiter Processing Facility (OPF-1) for deservicing work that will be carried out over the weekend and into next week. This will mark the start of a six month OPF flow towards her final “scheduled” mission – STS-132.

STS-132 – currently scheduled to launch on May 14, 2010 – will be the 132nd flight of the Shuttle Program and the 34th shuttle flight dedicated to construction and outfitting of the International Space Station. The 11+1+2 day flight of Atlantis will utilize External Tank 136, Reusable Solid Rocket Motor set 111, Solid Rocket Booster BI set 143, and operational software OI-34.

The primary payload for the mission remains the Russian Mini-Research Module 1 (MRM-1) and Integrated Cargo Carrier – Vertical Lightweight Deployable (ICC-VLD) pallet. The MRM-1 will be mounted toward the aft of the payload bay while the ICC-VLD will be berthed in the center for both launch and reentry. 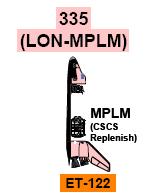 Following the conclusion to STS-132, Atlantis will still undergo another OPF flow, due to her role as the LON (Launch On Need) orbiter for supporting the final mission on the current shuttle manifest – STS-133.

Atlantis will be processed for a mid 2011 launch date as the STS-335 vehicle and will carry a MPLM (Multi-Purpose Logistics Module) to replenish the Station for hosting the STS-133 crew for several months, if launched.

Should the US Government green light a shuttle extension, STS-335 would likely to be the first mission to change call signs – to STS-135.

Atlantis is well on her way to marking her place in the history books for some superb performances during her twilight years. With the final Hubble Servicing Mission/STS-125 under her belt, before finishing up with the transportation of the Russian MRM-1, records may overlook the achievements of STS-129.

However, this mission has proved to be one of the cleanest on record, with only four minor cosmetic areas of damage suffered to her Thermal Protection System (TPS) – per early inspections, and a Mission Evaluation Room (MER) “funny” (minor issues) list that is incredibly short when taking into account the complexity of the vehicle.

This has also followed on from the lowest number of IPRs (Interim Problem Reports) on record for an orbiter during her pre-launch processing and pad flow. 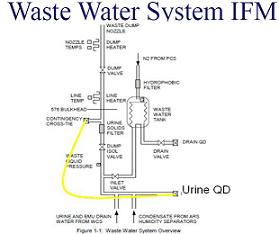 The only new issue over the last few days related to the blocked plumbing on the Waste Water System, although the issue was only seen after half of the tank had been emptied – meaning any maintenance onboard Atlantis would only be required if Atlantis had failed to land Friday.

“During FD10 waste dump, saw low flow through the line; nozzle temps looked good. Tried a bakeout during dump paused and resumed; only dumped to quantity of 48 percent (vs. planned 5 percent) from total quantity of 75.4 percent,” noted MMT materials on the problem. “Increased nozzle temps to 300 deg vs. normal 250 deg as part of terminate. Nozzle viewed during late inspection and no ice was visible. 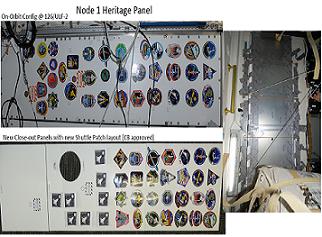 The other “issue” on Flight Day 11 related to the stowage of a “Heritage Panel” that is being returned from Station, following its replacement. The panel required video footage of how it has been stowed on the middeck, in order to ensure it wasn’t interfering with other stowage items or hardware.

“Ground teams are assessing the imagery. Current config is behind planned 5 ML bag stowage and secured to the middeck wall. Time available for MS2 to perform any final stowage actions required for this panel at approx.”

All other MER items either relate to non mechanical issues with the orbiter – such as communication and video equipment – leading to some of the MER attention being focused on reviewing the noise heard on Fuel Cell 2’s H2 pump motor during the countdown for launch. 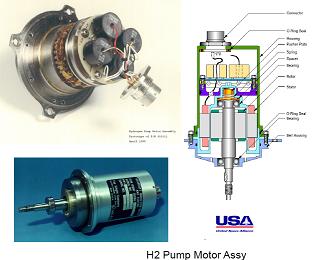 “IPR 129V-0057 (132V-0001) was deferred because the signature did not indicate increased pump load from initial stages of FC ‘Flooding’, bearing failure, or phase loss. At about 320:17:44 GMT, the noise decreased with corresponding changes in the AC 2 bus current. FC 2, s/n 125, H2 PMC on-orbit indications have been in family with expected indications so no impacts to vehicle/mission or crew are expected.”

Engineers believe the most probable cause is an AC phase imbalance or noise caused by crew lighting adjustments that were not detected at KSC. Another possible cause could be degradation of components in the PMC circuitry.

During the countdown, this condition was threatening a scrub – due to a breach of Launch Commit Criteria (LCC) rules. However, with the noise decreasing during monitoring, the controllers made the right call to launch, and the Fuel Cell has performed without issue during the mission.

“The FC 2, s/n 125, FC H2 PMC has been responding as expected to corresponding AC Bus activity on-orbit. No on-orbit trouble-shooting is was or is currently planned.” 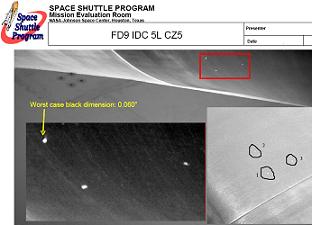 Late Inspections also backed up the Flight Day 2 and Flight Day 3 TPS inspection results – which showed Atlantis suffered no damage to her heatshield. Late Inspections allow for a final check of the RCC panels and Lower surfaces on the Wing Leading Edge (WLE) know as LESS.

This is important, due to the potential of MMOD damage during the docked phase, and post undocking flight. With no notable triggers to the WLEIDS (Impact Detection System), no worrying damage was expected, or found – as per Damage Assessment Team (DAT) results.

The only new item of interest related to three marks on the 5L panel on the port wing of Atlantis. However, that has been cleared as no issue to the orbiter’s re-entry.

“LESS/RCC team cleared all late inspection regions of interest. Level 1 and IDC completed at 6:00 pm (Wednesday), Level 2 completed at 3:45 am (19.5 hrs) on Thursday, and final PRT (Peer Review) disposition at 6:30 am Thursday morning. No ROI (Regions Of Interest) exhibited any distinct damage characteristics,” noted the DAT to the MMT.

“From all of the late inspection LDRI imagery, the LESS PRT is GO for entry.”