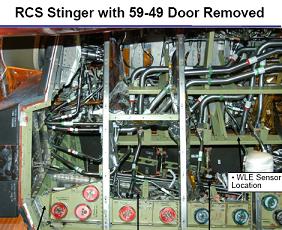 T-43 hours and counting for the launch of Atlantis on her STS-129 mission to the International Space Station (ISS), as engineers begin a highly complex ballet of S0007 (Launch Countdown) operations. No issues are being worked at Pad 39A, while the clearance for launch is expected to receive a green light at next milestone of Saturday’s L-2 Mission Management Team (MMT) meeting.

All processing milestones are on track for the Monday afternoon launch of Atlantis, with the COPV (Composite Overwrap Pressure Vessels) pressurization testing completed on Thursday, followed by Payload bay closeouts on Friday – which placed the vehicle in a posture to pick up with the countdown.

Given the complexity of the vehicle, numerous constraints are being worked – although this is entirely normal. Most will receive waivers or “no action required” via the pad flow and/or the MMT meeting on Saturday morning.

Only one IPR (Interim Problem Report) was listed on Friday processing information by the NASA Test Director (NTD), albeit minor. This was the 47th IPR to be listed, which is a very low number of issues for this point of the flow.

“NEW IPR 47: Was picked up when the Payload Change out Room (PCR) experienced flickering lights and blowers went offline. A faulty facility circuit breaker is suspected as being the cause. The power did transfer and the PCR has power.”

Work is finalizing on the installation of sensors on to Atlantis and the LH2 Tail Service Mast (TSM) on the Mobile Launch Platform (MLP), which will provide engineers with refined data on stresses endured on the orbiter – specifically the stinger between the RCS and OMS – relating to the Main Engine Ignition (MEI) Acoustic and SSME (Space Shuttle Main Engine) Ignition Overpressure (IOP) Environments during the ramp up of the engines.

At Thursday’s Program Requirements Control Board (PRCB) meeting, flight rationale was deemed acceptable, based on refined dynamics models created by Boeing, which updated old data from the early days of the Shuttle Program.

“Good news is that the SSME Ignition loads on the RSC/OMS components are no longer a constraint to STS-129,” noted an overview of the PRCB meeting – with five additional presentations from the meeting now available on L2.

“New dynamic model was validated with STS-2 and STS-3 acoustical microphone data. Higher frequency response does not match exactly but this is a small contribution to structural loads. The lower frequency response (<200 hz) is where the loading concerns occur and the model matches very well with flight data.”

One of the central concerns related to the life span of the stinger structure over the amount of times it has endured MEI stresses. Engineers always thought the old models were conservative – with claims the structure was 20 flights over its design life. In the end the structure is actually deemed to be capable of coping with over 1000 missions before it may require replacement.

This number will be refined future, following the launch of Atlantis with the additional sensor equipment on board and on the pad. Further overviews based on the PRCB presentations will be forthcoming during the countdown.

“NESC (NASA Engineering and Safety Center) peer review of the model recommended additional factor of safety due to the uncertainty of the model which still provides adequate mission life for the hardware of concern. Structural community agrees with this. New instrumentation on orbiter and TSM will help further validate this model. 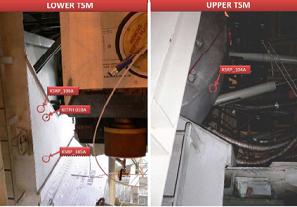 The amount of work that has been carried out over the past few weeks on this constraint to launch has been nothing short of highly impressive, which led to deserved praise from Space Shuttle Manager (SSP) John Shannon.

“Mr. Shannon expressed his appreciation for the ability of the team to analyze the MEI issue, prepare for any necessary testing, and complete the instrumentation work prior to the vehicle and the pad being instrumented. It has been an amazing effort by the entire team,” added concluding notes on the latest Shuttle Standup/Integration report (L2).

“The majority of the team has been focused on the MEI issue since the STS-129/ULF3 FRR. Now, it is time to be sure we are ready to fly. Encourage your teams to back up, not focus on only one thing and be sure that everything has been appropriately accomplished and that we are ready for launch on November 16, 2009.”