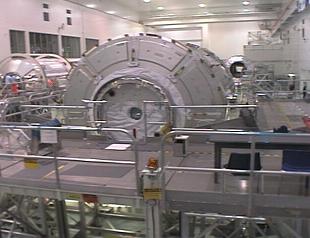 Managers have been evaluating options for STS-130’s launch and mission duration, following the test failures of ammonia lines that are related to Endeavour’s Node 3 payload. While options to keep Node 3 alive without the installation of the troublesome lines appear positive, the Tiger Team have a potential solution for beefing up the lines, or using smaller spare lines – welded together – as a potential get-well.

Endeavour continues to be processed through her pad flow milestones for a February 7 launch target – which would remain the case unless directed otherwise by the Space Shuttle Program (SSP) at the Johnson Space Center (JSC).

Most of the work taking place on the stack relates to leak checks, as the vehicle was put through pad validation work ahead of S0024 Hyper Load operations – which was accompanied by a few minor issues.

With waves of LOX tankers arriving at Pad 39A, preparations for launch are on track – with the aforementioned hypergolic loading now in the Call To Stations (CTS) period.

“Engine/Aerosurface flight readiness testing and He signature testing are complete. S0024 preparations are complete,” added the processing notes. CTS for prelaunch propellant servicing is currently scheduled for 1200 EST today and is expected to run through Thursday. Vertical payload operations are scheduled to begin on Thursday this week.”

The February 7 launch date was put into doubt when ammonia (NH3) lines associated with Node 3’s installation on STS-130 ruptured during testing.

The latest failure at the end of last week led managers to assess several options, ranging from leaving Node 3 installed – but without hooking up the ammonia lines – to even the potential of swapping the mission order, which would have led to a rollback due to Endeavour’s payload bay latches and power line configuration which can’t be changed to another payload at the pad with a serious amount of difficulty.

“Node 3 is currently without NH3 lines due to the newly re-designed flight articles rupturing during a pressure test. This is putting the launch date and mission content at significant risk,” noted one in a series of memos available on L2. “A lot of work is being done to figure out options.

“There are three main options. 1) Launch on Feb 7th as planned without NH3 jumpers. Attach Node 3 during 20A and hook up keep alive power. Later flights would have to pick up two EVAs of content once the NH3 lines were ready. Node 3 would then be activated, with Cupola relocated from Node 3 Port to Node 3 Nadir, and PMA3 from Node 2 Zenith to Node 3 Port.

With the mission swap holding major impacts throughout the 2010 shuttle manifest, the alternative options were prioritized in the event the subsequent meetings were unable to find confidence in the original lines via further testing.

“Of these three, the first two are being worked the hardest. The program is working to create new jumpers as fast as possible and provide a date when they would be ready. Feb 7th seems unlikely, but a week or two slip may be a possibility,” added the memo.

“This situation would be preferable to Option 3, as it would cause fewer delays to the subsequent flights than a short slip of 20A. The meeting today covered options and assessed work required if Option 1 is chosen.” 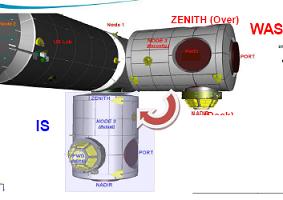 Managers created a shortened mission based on launching with Node 3 and leaving the NH3 lines uninstalled, which was a step up from an earlier option of a MDF (Minimum Duration Flight), losing only one of the EVAs from the docked phase of the mission.

“(This option) would install on Node 1 Port and we’d do an EVA to hook up the external power jumpers for keep alive power as well as the other EVA 1 tasks currently planned. Two days later, there would be a second EVA to complete some of the other non-Node 3 EVA work.

“EVA 3 would be cancelled and undocking would be on FD10 rather than FD12, shortening the mission by two days. (Basically, no reason for the Shuttle to stick around.) The goal is to have a story for the SSPCB (Space Station Program Control Board) on Tuesday to allow for a program recommendation.”

However, by Monday, the potential for returning back to an optimistic stance for STS-130’s scheduled launch date was noted.

“There are two parallel paths being worked to get us NH3 lines in time for our launch date, or with a slight delay. We are by far not out of the woods yet, but this is promising that we can launch on or near 2/7 and have a full mission,” noted a memo related to a late Sunday update from ISS Flight Director (STS-130 Orbit 2 FD) Robert Dempsey.

The good news related to the Tiger Team (an investigation team) findings that a redesign of the original lines may be viable, which would allow Node 3 to be fully installed under a nominal mission plan. The other potential path relates to welding together a number of smaller hoses that have been located at the Kennedy Space Center (KSC).

“The hose tiger team is working 2 parallel paths: A redesign of the original lines using double braid. Ordered that they press ahead with this even though they are still checking things. The root cause team is trying to understand the problem. A 7′ line with the double braid failed at a PSI > 5000 which is a good sign,” noted Mr Dempsey.

“What I term the franken hose – they have pulled out a bunch of smaller hoses from KSC that have already past cert qual and welding them together. The 14′ hoses we need would be a welding of 3-5 pieces. Both are being worked at this time. Both appear to meet or come close to meeting the Feb 7 launch date but there is risk (hence 2 paths).”

A decision between using either the redesigned lines, or the “franken” hose appears to be the key talking point at Tuesday’s meeting, with the backup plan relating to the ability to launch anyway and leave Node 3 installed without the ammonia lines until a later mission. With positive test results noted by NASA thus far, one of the hose options will likely be favorite at this stage.

“We of course, are looking at putting Node 3 in survival mode or the parasitic load. We are still working out the 19A impacts but as you can imagine while this may be doable, the impacts are not trivial,” added Mr Dempsey.

“I will have more data at the meetings and we will be making some decisions hopefully at the SSPCB on Tuesday but I am cautiously optimistic at this point.”