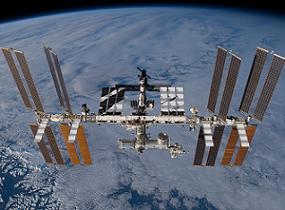 With the International Space Station (ISS) extended to at least 2020, its upmass and downmass lifelines have received a blow – following the decision to remove the possibility of using the Launch On Need (LON) vehicle, Atlantis, for supporting STS-133 as an additional logistics flight (STS-135). Meanwhile, nearly 2,600 kg are enroute to the Station, following the launch of the Russian Progress M-04M.

Launched via a Russian Soyuz-U launch vehicle from the Baikonur Cosmodrome in Kazakhstan, the Progress is an upgraded ‘digital system’ version of the aging craft, carrying its usual 2.5 tons of cargo.

Manifested for the cargo run is 363 kg of water for the Rodnik system (Moscow water). 871 kg of prop in the refueling compartment. 250 kg of prop in the service module allocated for ISS needs. 77 kg for an electronics system – which is likely to be a replacement 800a battery, and 133 kg for the food rationing system.

Also riding uphill is 96 kg of medical system supplies. 4 kg for Poisk systems. 496 kg for the American segment, making for a total cargo load of 2686 kg. The vehicle will arrive at the ISS on Friday for docking.

Last Friday, ISS managers set their team members the task of reducing costs on the ISS. The purpose of this exercise originated in deferring costs to other NASA programs, with the results overviewed by representatives from the international partners involved with Station.

“The purpose of the ISS Operation Cost Streamlining Tiger Team is to define and assess International Space Station (ISS) cost streamlining proposals,” noted one of several memos acquired by L2.

“Scope And Authority: The ISS Operation Cost Streamlining Tiger Team is established by the Space Station Control Board. It will consist of representation from the International Partnership/Participants. The team will define, assess and track proposed cost reductions for the ISS Program.”

It may take some time to agree to a format of viable savings, especially if a saving on the NASA budget may result in increased costs to another partner – in which case NASA may end up compensating the affected partner, thus defeating the purpose if the compensation is higher than the saving.

“Savings may be achieved for one Partner which may result in an increase to another,” added the overview. “These proposed items will be considered as long as there is an overall savings to the ISS Partnership. Individual barters or compensation will be agreed to by the affected parties.”

Summit meetings will take place in Houston from Wednesday to Friday this week, where managers will overview feedback from team members – who were asked to fill in a suggestion form on their thoughts for elements that could be streamlined.

“If only we could get the Program or IP to start/stop/modify………..(Fill in the blank with your favorite pet peeve), we and/or the ISSP could sure do things a lot more efficiently with respect to our Partner operations,” noted the question on the form.

“So your action is to consider the above question and brainstorm on possible ideas for what we can do to save cost based upon operation with our partners.”

There is no real clarification on what caused ISS managers to request the brainstorming sessions – other than NASA’s “new direction” to abandon its role in Low Earth Orbit (LEO) – although it appears to come as a shock to some team leaders – with one manager noting: “Apologies for the brushfire on this, but we just got these details yesterday.”

The final decision on any potential and viable cost reduction efforts has been set for the end of June, with an interim meeting scheduled for the end of March.

Atlantis’ final scheduled flight has now been confirmed – baring an extremely unlikely emergency – as STS-132, handing her the unfortunate role as the first orbiter that will retire from the fleet. The news comes after NASA decided to rule against utilizing STS-133’s LON role for Atlantis (STS-335) into the additional flight of STS-135. 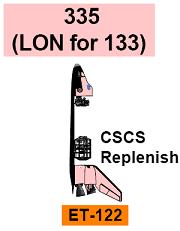 With External Tank (ET-122) continuing to be modified, and other assets such as two Solid Rocket Boosters (SRBs) already purchased at the cost of 10s of millions of dollars, using the hardware to impact on the massive shortfalls the ISS will suffer from post-shuttle appeared to be a no-brainer.

This crew would have been led by Astronaut chief Steve Lindsey, with a crew loading memo pre-empting the Colonel’s switch from his command of STS-133 to the additional flight. This memo was produced on Monday.

“Space Transportation System (STS)-133 Crew Training: The crew is at L-33 weeks for a September 16 launch date. Several assessments have been made for this flight for a crewmember swap that would occur in April (Lindsey to (STS)-135),” noted the memo acquired by L2.

The April date was referencing the timeline NASA managers needed to work funding requirements to baseline STS-135 into the manifest, based on the completion of the next two flights, and instructions/funding in the FY2011 NASA budget overview.

“STS-335: still don’t know if will turn into 135. SSP (Space Shuttle Program) waiting for budget direction next week and that the next two flights get off on time, so don’t expect a decision before early April,” noted information on January 26. 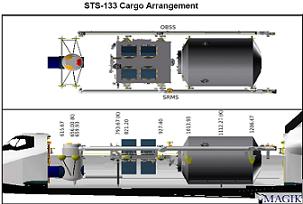 However, the April timeline did hold impacts for STS-133, based on the tight schedule for the remaining five missions on the 2010 schedule.

“Currently, the overall loading is green. However, a late crewmember change in April would force the crew to repeat a minimum of 80 hours of training,” added the crew loading memo on Monday. “The Training Manager is looking at options to move some events currently scheduled in March, out to alleviate an additional 70 hours that would need to be repeated.

“Crew loading will go red if the decision to swap the crewmember is made in April and no launch date relief is given.”

With no sign of a manifest stretch at this time, along with a NASA Budget proposal revealing an intent to killing off the shuttle as soon as possible – with the additional FY2011 funding now confirmed as only to be used for retirement costs – STS-135’s chances of becoming a vital boost to an ISS that will have to survive on rations for 10 years appear to be dead – as later confirmed by NASA Associate Administrator Bill Gerstenmaier on Tuesday.

“For now, adding the LON as actual flight will end unless a compelling need arises,” confirmed the DA notes memo (L2), literally hours after the crew loading notes referenced the potential commander swap for STS-133 in relation to STS-135.

The result of this decision equates to the Station losing as much upmass potential as four Russian Progress cargo ships, and the deletion of the downmass capability that only the orbiters can currently provide.