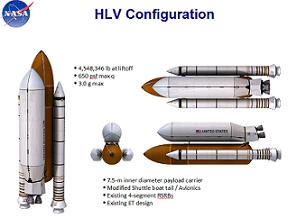 As the Heavy Lift Launch Team (HLV) transition from the Shuttle Derived vehicle to a Technology Development Activity (TDA) effort, led by engineers associated with the Space Shuttle Program (SSP), a passionate call to extend the shuttle manifest was made by an Orbiter Project manager a Senate hearing into NASA’s FY2011 budget proposal.

It’s no secret that the majority of the NASA and contractor workforce are unhappy with the proposed future offered by President Obama, following the opening statements from NASA administrator Charlie Bolden.

The main issue relates to the lack of any specific goals and timelines – which General Bolden admits are still being worked on – and the mass job losses that will come via the loss of shuttle and the cancellation of the follow-on Constellation program.

While the loss of Ares I has not come as a complete surprise, the entire cancellation of the Constellation Program (CxP) – including the HLV Ares V and the crew transport Orion – gave the impression that NASA’s lead role with Human Space Flight will come to a close when the final shuttle lands (currently STS-133).

This led to SSP manager John Shannon admitting there is “a great deal of angst and hysteria” within the space agency, although he believes this is unjustified.

“There has been a lot of talk about the budget and the Constellation Program. However, for SOMD (Space Operations Mission Directorate), the news was positive. The ISSP (International Space Station Program) has been extended to 2020. A great deal of money has been focused on science and research expansion onboard the ISS,” noted Mr Shannon on a recent Shuttle Standup/Integration report (L2).

“The SSP now has access to $600 million of additional funds, which will allow for the final flights being pushed out through the end of calendar year 2010, if necessary. The NASA top line was also increased, representing a vote of confidence for the job we do.

“There has been a great deal of angst and hysteria, but everyone needs to simply calm down and allow the process to work. It will take some time for the plan to evolve, so we must be patient. There is a great deal of work that must be accomplished over the next year to execute the remaining flights safely and complete the manifest.

“The SSP Team will participate in developing all of the upcoming plans, as we finish this phase of NASA’s work.”

As was seen with the heavy SSP involvement with both the side-mount and in-line HLV alternatives to Ares V – via a study that was called for by General Bolden himself – Mr Shannon noted SSP’s continued involvement with the new “game changing” HLV, although it is currently unclear as to what elements of the shuttle hardware would transition to the new HLV.

“There are a number of technology options being worked that will utilize Shuttle components. NASA has already reached out to various contractors regarding this topic,” Mr Shannon added.

“This is exciting stuff, and more will be released soon. For now, keep doing what you are doing. The Shuttle Team’s execution of the mission, in concert with the ISS Team, is providing stability to the Agency. It is needed at this point in time and truly demonstrates NASA’s competencies to our country and our lawmakers.”

Documented notes are already being produced on the new HLV, via what is being called a TDA effort, run by the same team that worked on the side-mount and in-line HLV studies.

“A Heavy Lift Launch Vehicle (HLV) documentation plan has been created. This will include existing Shuttle hardware and new technology that could be demonstrated on the ISS. A total of 15 items are expected. These will be reviewed with Mr. Shannon.” 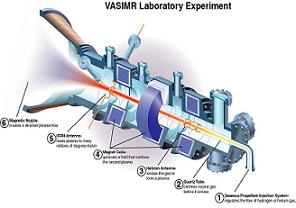 Sources note that the “new technology” that could be demonstrated on the ISS relates to the Variable Specific Impulse Magnetoplasma Rocket (VASIMR) engine, which would be tested by aiding the ISS altitude control – such as reboosts.

The engine – otherwise know as an Electro-thermal Plasma Thruster or Electro-thermal Magnetoplasma engine – uses radio waves to ionize and to heat propellant and magnetic fields to accelerate the resulting plasma to generate thrust. However, due to the power requirements at the ISS, the engine will only be put through minimal testing.

It has been previously intimated that the engine may fly on a late shuttle flight, although a manifest stretch would be required to fit into a near-viable timeline – or of course via an extension for the shuttle program.

The possibility of extending the shuttle manifest remains technically possible, but continues to lack support from the leadership of NASA.

This week’s Senate and Congressional hearings once again heard the NASA administrator position himself in opposition to an extension – mainly by citing the costs involved, even though he classed the $9 billion invested into the cancelled Constellation Program – potentially less than it would cost to extend shuttle to 2015 – as a “good investment”. 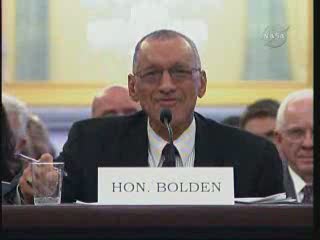 General Bolden – who has flown on the shuttle – also made a reference to the Aerospace Safety Advisory Panel (ASAP) report, which cited a need to recertify the fleet in the event of an extension, due to safety concerns. This is directly in contradiction to SSP manager Mr Shannon, who has twice gone on the record to refute the ASAP requirement by noting the recertification work that has taken place on the fleet after the Columbia disaster.

“There were some disturbing remarks from the head of the Aerospace Safety Advisory Panel (ASAP). We are working to understand these concerns from a Shuttle risk standpoint,” Mr Shannon in reaction to the initial ASAP report. “We are flying safer now, and have a better safety culture and integrated team approach with many checks and balances to ensure that we are flying as safely as absolutely possible.”

It is highly questionable as to why General Bolden would cite the ASAP report on shuttle extension – in contradiction to his own managers – whilst dismissing the majority of the ASAP findings that were made in the same report, findings which supported Ares I and held grave misgivings about crew safety in relation to commercial vehicles.

However, Wednesday’s Senate hearing gave the opportunity to an Orbiter Project manager – Mike Snyder – to speak to the lawmakers about the shuttle from the standpoint of being deeply involved with the vehicles, allowing for a rare occasion for the internal feelings of the shuttle program to be externally vented, without the constraints managers are tied to when speaking to the media from an official position.

“Contributing to the workforce dilemma is the arbitrary 2010 retirement date of the Space Shuttle that is now upon us and all the consequences that brings. Those of us who have worked on this program for the last several years obviously knew the end of the Shuttle era was coming,” Mr Snyder noted in his opening statement.

“We had hoped that we could “pass the torch” onto a follow-on program, but now, it looks more like we are simply extinguishing it.

“The Space Shuttle’s main reason for existence and its primary mission was the construction and periodic resupply of a space station. By the end of this year, that mission will still only be partially complete. It would be far easier to stand down this unique capability if there were other vehicles ready to fill the void Shuttle retirement will surely create.” 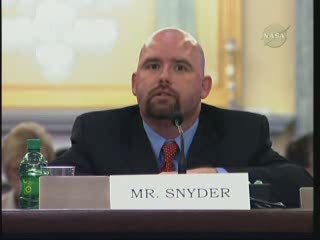 Mr Snyder stole the show during the question and answer session, when he turned around a stale question from the Senator Nelson into a statement about his confidence in the shuttle’s safety and capability, which will be lost at a time the International Space Station is due to hit full utilization.

“We’re looking at a significant strategic mistake by shutting down the space shuttle before we need to. The Space Station is up there now, we’re going to be relying on the Russians for an unspecified period of time,” Mr Snyder added. “You heard General Bolden say he wants redundant access – but when we stand down that fleet, that redundant access is gone and it becomes a foreign monopoly.

“The shuttle is the most capable vehicle we’ve ever had. I would challenge anyone who would say it’s unsafe. Clearly they do not know what we do – day in, day out – to make sure that every mission the fleet is as safe as it could possibly be.

“For the sake of the Space Station, all that money we have spent on getting it up there, we can’t just walk away from it until we know how we’re going to support it. Look what happened to the Station during the Columbia RTF phase. We went from three crew to two crew (who were mainly) carrying out maintenance – just enough to keep the Station operational.

“Today, the Station has five or six people onboard, with many more labs and much more complex. We have ATVs and HTVs, but they were always meant to be in support of the orbiters, so I can’t logically see how – if we take the orbiter out of the loop – we think everything’s going to be fine.

“Ultimately, the commercial providers could eventually get there, but until that time I don’t see how it makes sense to retire shuttle.” 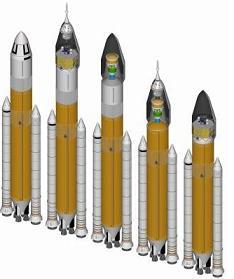 Mr Snyder also pointed towards one of the Augustine Committee options based around an extension of the shuttle, and a smooth transition to a Shuttle Derived HLV vehicle – which arguably would be the least expensive option, provide for retaining key skillsets in the workforce, and close the gap in US manned space flight capability.

“With the HLVs, clearly if you keep shuttle going, there are some synergies that could certainly help drive down the cost of the HLV and potentially the cost of the shuttle program because you could draw off of (that hardware) and off of that workforce,” he added. *Click here for Mr Snyder’s testimony*

During the Senate hearing, former astronaut Robert ‘Hoot’ Gibson also backed the shuttle, citing the 130 flights of the orbiters, four times that of all the other NASA vehicles combined.

However, lawmakers would need to move at a fast pace to approve an extension, as each passing month threatens a gap in flights – based on additional flights after the hypothetical STS-137 or STS-138 flights, which have part-built External Tanks available at the Michoud Assembly Facility (MAF).