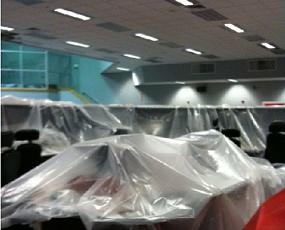 STS-130 has moved into S0007 (Launch Countdown) operations, ahead of Endeavour’s Sunday morning launch from the Kennedy Space Center (KSC). The mission comes shortly after NASA Administrator Charlie Bolden’s presentation of the FY2011 budget proposal, which has caused a large amount of unrest in the NASA and contractor workforce – leading to managers calling for the teams to focus ahead of STS-130.

No issues of note are being worked on Endeavour as she moved into the business end of the pad flow. Call To Stations (CTS) for the countdown began 30 minutes before the clocks started ticking at T-43 hours (just over 74 hours to launch).

With COPV (Composite Overwrap Pressure Vessels) pressurization tasks completed just ahead of the countdown, the only Interim Problem Report (IPR) listed on the latest processing information related to a Ground Support Equipment (GSE) issue, which was being upgraded to a Problem Report (PR) ahead of closure – following its resolution at the pad. GSE issues are commonplace during the pad flow.

Good news was also reported on the status of the LCC (Launch Control Center) water damage assessments, following the flooding of all four floors when a FIREX pipe burst late last week. All required system retests were complete with no anomalies.

“It was a significant effort to dry out and clean up the LCC area. Believe they are in good shape (and) are on track to pick up with STS-130 countdown,” noted Mission Management Team (MMT) co-chair LeRoy Cain, who added “it was a great job by the folks over the weekend responding to the Firex problem – appreciate all their effort.”

Mr Cain will also be in attendance at the L-2 MMT meeting on Friday, which is the last major overview of the orbiter’s status and mission content ahead of the pre-tanking meeting on Saturday.

“We will get into countdown on Thursday morning, L-2 on Friday, and hopefully will launch Endeavour on Sunday morning, weather permitting and if everything continues to work with the vehicle and all the systems and everything else required to launch,” Mr Cain added on the Shuttle Standup/Integration report (L2). “So, we must keep our eyes on the ball.

Mr Cain’s call to remain focused on the launch is not unusual for a shuttle manager when addressing the teams. However, on this occasion, he is only too aware than the teams responsible for Endeavour’s safe launch and mission have been dealt with the realization that most of them will be out of a job within months.

“We will hear more about (the Budget/Forward Path) as time going on. There will be an unbelievable temptation for us to be detracted. We are less than a week away from flying. There is absolutely no way we can allow ourselves to be distracted by that, or anything else. 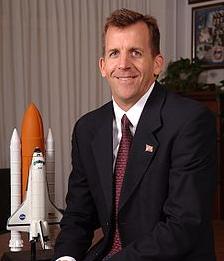 “This team is an incredible asset for the agency. Whatever it is that we go do as an agency at some point when we are done flying space shuttles, we will be called upon, and our capabilities will be drawn into those activities. Over the next weeks and months, similarly, we will be drawn into the discussions as necessary so that we can play whatever roll the agency needs us to play.

“Right now, the roll we need to play is the one we know how to do best. Everyone (needs) to maintain his or her focus this week, as we get ready to go launch on Sunday.”

A recurring theme in nearly all of the managerial addresses to the workforce (several of which have been acquired by L2) point towards an emphasis of the future plan not being set in stone – based around the Congressional review that may refine certain elements of President Obama’s budget proposal.

“(I) feel very optimistic about the future for us. It may not look like we thought it would, and none of us know at this point what it will look like. This Presidential budget is a process. The official release of the President’s budget is really the beginning of that process.

“We are going to stay focused on our job. We know what we have to do here for STS-130 and the Node mission, and the missions after that throughout the rest of this fiscal year. We really appreciate you helping us keep the team focused and get ready to go fly.”

One of the contractors that will be hit hardest by President Obama’s plans is the United Space Alliance (USA), with its workforce also heavily involved with the upcoming STS-130 launch and mission. CEO Dick Covey also pointed out to his workforce that Congress hold the purse strings to any Presidential plan, whilst also calling for the teams to focus on Endeavour’s safe mission. 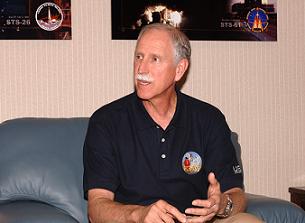 “The Obama Administration unveiled their budget request for FY2011 and subsequent years. The requested budget for NASA demonstrates the administration’s intent with regard to a number of key programs and initiatives,” Mr Covey wrote in an open letter – in which he focused on Constellation’s cancellation, as opposed to what can only be described as the White House’s dismissal of any hope for the extension of the shuttle manifest.

“Specifically, in addition to funding the five remaining Shuttle flights and extending the ISS, the plan proposes to cancel the Constellation program and shift funds to commercial providers to develop crew and cargo delivery systems for the ISS.

“It is disappointing that the Administration would propose to cancel Constellation after so much progress has been made. The team has performed in outstanding fashion, and their efforts will be invaluable regardless of what is ultimately decided.”

Mr Covey also used an interesting choice of words when referencing the upcoming Congressional review, citing that USA will be “actively engaged” in the process, which mirrors the sharpening of swords at other contractor companies, such as ATK.

“As most of you know after years of experience in this business, there is a long process yet to be played out. It will now be up to the Congress to determine how or if to fund this approach,” Mr Covey added. “We will be actively engaged in that process to ensure that our nation’s interests in human space exploration are not overlooked and to continue to identify ways that we can play a contributing role in future plans.

“This week, however, we must turn our focus to the job at hand – flying Endeavour and her crew safely and successfully on STS-130. Every mission matters. Let’s keep the bar set high.”

Further insights into the mood of the NASA and the related contractor teams will be added to upcoming pre-launch articles, including a brilliantly written address from STS-130 Flight Director Kwatsi Alibaruho.