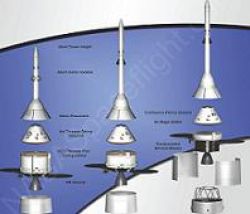 One of the final tests of the now-cancelled Orion Program has ended in failure, when a parachute drop test of an Orion boilerplate resulted in the near-destruction of the vehicle. It marks what is likely to be a sad end for the vehicle that was set to take US astronauts to the International Space Station (ISS), the moon and eventually Mars – only to be killed by President Obama’s proposed future for NASA.

Orion – one of the good elements of Constellation:

Orion has suffered from a troubled childhood, mainly through no fault of its own. Design changes, demanded by its awkward launch vehicle – Ares I – disrupted any fluidity in Orion’s DACs (Design Analysis Cycle), to the extent its contractor, Lockheed Martin, made the unusual move to fight back at NASA criticism about the quality of their Orion 606C design via official documentation.

“(The) community must understand that there has not been two consecutive deliveries with the same baseline design, because (of) multiple configuration changes – prior to PDR (Preliminary Design Review) on a non-consistent design.”

The continual changes to the baseline mainly concentrated on stripping Orion of it capability and mass, as efforts were made to aid Ares’ lack of performance. While Ares managers made numerous claims of mass reserves, those reserves were almost always based on what had been stripped from Orion.

Despite being reduced to a four crew vehicle that was only capable of water landings, the ISS Orion was making good progress towards a readiness date of around 2013. Again, the problem was Ares I, which was struggling to keep to yet another refined IOC (Initial Operating Capability) schedule of 2015. The Augustine Committee went further, citing fears of a more realistic date of 2017/18 for Ares I’s ready-date.

The main stress on the schedule related to previous and projected lack of funding for the program, with all the long-lead items associated with Ares I – such as the Upper Stage engine. Orion – by proxy – was held to ransom by Ares I’s development timeline.

NASA managers did back up Orion via its findings on the Augustine Commission’s “Flexible Path” option, placing large support behind a Heavy Lift Vehicle (HLV) and Orion as the two main vehicles they should move forward with – whist omitting any key references to Ares I or Ares V.

“We accept Orion as the basis for American mission-crew access to LEO, and with block upgrades for orbital lifetime and increased entry energy, for return to Earth from deep-space missions,” NASA managers wrote in the 65 page presentation (available on L2). “We concur that an exploration-class, heavy-lift launch capability is essential for eventual human Mars missions.”

Yet Orion was surprisingly placed on the chopping block along with the entire Constellation Program, as the NASA FY2011 budget proposal refused to hand NASA the additional monies required to bring Ares I back onto a viable schedule, instead throwing six billion at a yet-to-be-determined commercial LEO (Low Earth Orbit) replacement, despite serious reservations over crew safety from the advisory body ASAP – as much as they exposed flaws in their own findings.

The battle between spending billions on what would be a new crew transport versus Orion – which has matured over its years of design – may become one of the key battlegrounds when the FY2011 budget is discussed in Congress later this month. For the interim, the Constellation team are still working on the vehicles.

Orion will continue to at least the DAC-4 phase, which in turn will support the Constellation Program PDR (Preliminary Design Review). The PDR is currently expected to be the final role of the Program before it is shut down.

“Some insights into the Orion work still progressing. Orion Projects recognizes the value in completing these tasks at least in some manner,” noted one of the Orion Project managers in an address tagged as “continuing steps” (L2) to his team. 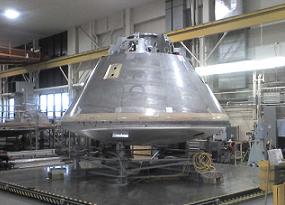 “As we move forward it’s important to make sure we are still focused on the critical work. As a management team we are continuing to develop detailed plans, but I want to be clear that there are some general areas that we should work hard to complete. I strongly believe that these areas contribute to our expertise and ability to launch humans into space.”

The list of work to be completed included the launch of PA1 (Launch Abort test), the design, construction and eventual testing of a full Orion test article as the DAC-4 design and the PDRs.

“This is not a complete list. You should continue on your original plans unless you have coordinated with your supervisor and Orion management. I do recognize that some of our original work (even some of the detail of the items I mentioned above) does not make sense in the current plan and we are ready to remove those requirements once we coordinate. Thanks again for your dedication.”

Unfortunately, the Orion Project suffered a failure on one of its tests this week, when a boilerplate Orion crashed to Earth after its “parachutes failed to deploy”.

However, the problem is not believed to be Orion or the parachute system’s fault, with the failure memo citing a problem with the rigging associated with the extraction system – although this is yet to be confirmed, as an investigation will be required.

“A quick heads up that the Orion test drop failed. Looks like the extraction system failed to release so the Orion chute system never deployed,” noted the memo acquired on Tuesday (the day of the failure) by L2. “Still saving the remains but expecting minimal hardware recovery.” 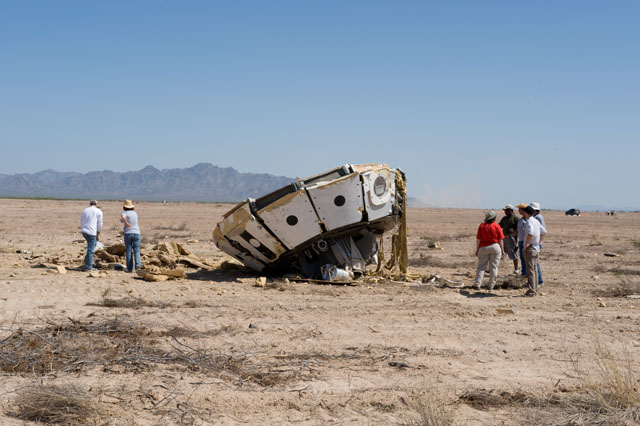 The extraction method utilizes a sledge or pallet to deploy the test vehicle out of the back of the C-17. The majority of these tests – which have included testing the giant parachutes for Ares I first stage recovery – have been successful, although a previous Orion PTV (Parachute Test Vehicle) suffered a failure back in 2008 (see image left).

The only other failure was suffered in 2007, when a Drop Test Vehicle (DTV) with an Ares I pilot parachute suffered a fault with the riser connecting the parachute to the DTV.

The vehicle – dropped from a C-130 at 17000 feet – was destroyed, with parts of the DTV needing to be extracted from depths of up to 30 feet below the surface.

With a large part of the NASA and contractor workforce demoralized by the change of direction noted by President Obama’s proposed plan for the space program, managers have been quick to address their respective teams.

The general theme of the majority of the addresses point toward the upcoming battle in Congress, while others point to finishing their work in style, in order to benefit future programs – as was seen via an address to the Orion team.

“I feel compelled to offer some thoughts. Please feel free to share them – with your colleagues as you think appropriate and useful,” noted Dr. Michael G. Ryschkewitsch – Chief Engineer, Office of the Chief Engineer, NASA HQ – in an address acquired by L2.

“I have gotten a number of emails and queries about how we arrived where we are today. The ones that bother me most are the ones that amount to “we must have been stupid to have such a bad plan” and/or “we executed so badly that…” Neither one of these sentiments could be further from the truth. Here is my take.

“The Augustine panel was very clear in their report and in their public briefings that we had a solid plan; we knew what it would cost and that we were executing well. They were also clear that the plan we had was underfunded and could not simultaneously develop the ISS IOC capability and sufficient advance work toward the Moon. They also correctly pointed out that we no longer had sufficient technology investments to give the program long-term legs.

“So how did we get here? The plan we had was to do those things, appropriately phased, in parallel. When it became clear that the budget could no longer support it all, a decision was made to cut the technological investments with the goal of restoring them later if and when the budget picture improved. That of course never happened.

“Due to a wide variety of continuing resolutions, non-appearance of anticipated increases (perhaps “hoped” is a better word), etc, we had to repeatedly cut back on the long term activities in favor of the near term. In a word, our stakeholders made the determination that the plan we had was not affordable. 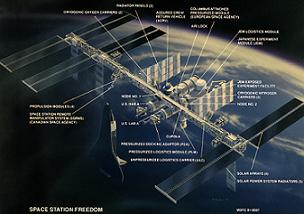 In asking the teams to continue to work on the progress Orion has already made, Mr Ryschkewitsch cited the cancellation of Space Station Freedom, and how the work on that project then benefited the design and construction of the ISS.

“As much as I feel the loss personally, I know it is nothing compared to that of all the people who have been giving their blood, sweat and every ounce of their creative ability to this effort every day for so long. That said, we cannot just stop.

“There are a great many activities that must be completed and documented so that we can get the benefits of our previous investments. Some of you had experience on the various iterations of the space station and know that the current ISS draws heavily on earlier work completed for the cancelled versions, particularly Freedom.

“Had we simply stopped, rather than finishing the work, documenting and archiving it, we would have lost a great deal.”

While Mr Ryschkewitsch appeared to back the proposed changes to NASA’s future – to the extent he believes their will be a large amount of exciting work in the future – the address ends with a note of pride for being associated with the Constellation Program. 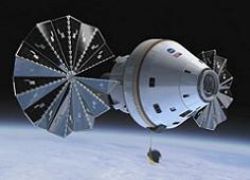 “As we finish this phase of our work, I am proud to be associated with the Constellation team and particularly with the Engineering workforce and leadership. I cannot take credit but I hope you will allow me to use the word “we.” We worked hard, we worked smart, and I believe that there is no organization or group of people that could have done better.

“This has been an immensely difficult undertaking and we have executed it well, learning and improving every day. Our challenge now is to channel our grief into resolution to close out the current work with the same dedication we have had, and then to turn ourselves to very bright future opportunities. I have seen what we can do and I have been extremely impressed. I know we are up to the challenges ahead and I am excited by the opportunities.

“Thank you all for all you have done. I look forward to being able to share this future with you as we move upward and outward.”

The next Constellation article will be based on documentation and memos on Ares’ final work, based on the proposed plan.