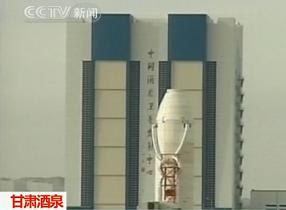 China has launched a new “remote sensing” spacecraft – actually believed to be another spy satellite – on Friday. YaoGan Weixing-9 was launched at 04:55 (GMT) on March 5, via a CZ-4C Chang Zheng-4C – a launch vehicle that was debuting operations out of the Jiuquan Satellite Launch Center. Meanwhile, China has announced a major ramp up of its future space flight ambitions.

According to Chinese media, the new satellite is intended for “scientific experiments, land survey, crop yield assessment, and disaster monitoring.” However, Western analysts believe this class of satellite is solely used for reconnaissance purposes.

Images of the orbital module’s transfer from the payload integration building to the launch platform were released by Chinese media several days ago, which questioned the nature of the payload on board.

The dimensions of the payload fairing are larger than the usual fairings used on the YaoGan Weixing series, raising questions about the possibility of the existence of another unannounced satellite riding shotgun with YaoGan Weixing-9 – or if China was demonstrating a new breed of satellite. (Image used from CCTV – Chinese TV – video report).

Analyzing the other launches in this series, it’s believed there are two versions of this spacecraft; a synthetic aperture radar imaging series and an electro-optical observation series.

The first YaoGan Weixing satellite (29092 2006-015A) was launched by a CZ-4C Chang Zheng-4C (CZ4C-1) from the Taiyuan Satellite Launch Center on April 27, 2006. At the time the details about this satellite were closely guarded, but later it was said that this was the first Jian Bing-5 satellite, equipped with the first space-based synthetic aperture radar (SAR).

The YaoGan Weixing-2 (31490 2007-019A) was launched on 25 May, 2007, by a CZ-2D Chang Zheng-2D (CZ2D-8) from the Jiuquan Satellite Launch Center. Details were also restricted, though it is claimed that this spacecraft is an electro-optical military observation satellite, complementing the results of the YaoGan Weixing-1.

YaoGan Weixing-9 was launched by a CZ-4C Chang Zheng-4C launch vehicle that is a optimized version of the CZ-4B Chang Zheng-4B using an upper stage with restart capability and a new interstage adapter between the first and second stages.

It is also the location from where all the Chinese manned missions are launched. Presently, only the LA4 launch complex (with two launch pads – SLS-1 and SLS-2) is in use.

Also, a spokesman for China’s space program noted that they had planned to launch TianGong-1 into orbit as early as the end of 2010. However, Qi said that the launch was delayed due to technical reasons.

Weighing about 8.500 kg, TianGong-1 will be able to perform long-term automated operations, which will be an essential step toward building a space station. 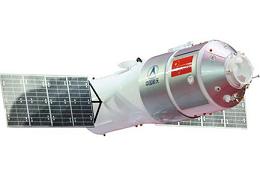 The unmanned Shenzhou-8 spacecraft will be used for China’s first space docking, with the docking maneuvers controlled from the ground. Qi said Shenzhou-9 and Shenzhou-10 – the two other spaceships to dock with Tiangong-1 – would carry a crew of two or three.

With the launch and docking of TG-1 and SZ-8, China will have demonstrated a sophisticated milestone, due to the precise controlling of two high-speed spacecraft during rendezvous and docking in space – together with other technologies such as propellant refuelling, air, water and food resupply, as well as a regenerating life guarantee system for the space module.

TG-1 TianGong-1 will be launched by a modified CZ-2F Chang Zheng-2F launch vehicle, sometimes referred as the CZ-2F/G Chang Zheng-2F/G, which has 170 modifications, including 38 major developments.

Meanwhile, China is advancing on the development of the CZ-5 Chang Zheng-5 series of launch vehicle, with the building of a launch vehicle production base in the northern municipality of Tianjin.

According to official sources, this development has a total investment of 10 billion yuan and covers an area of more than one million square meters. The base will be capable of producing 12 launch vehicles a year.

After the first phase of construction is completed in 2011, the base will be tasked with producing two types of launch vehicle. Reports point to the first launch of the CZ-5, with a maximum payload capacity of up to 25,000 kg, in 2014.

On Wednesday Liang Xiaohong, Party chief of the China Academy of Launch Vehicle Technology, and a member of the National Committee of the Chinese People’s Political Consultative Conference (CPPCC), said the China plans to launch its second lunar probe, Chang’e-2, next October. The probe will be launched by a CZ-3C Chang Zheng-3C launch vehicle.

So far, Chinese officials have not commented on the US’ major changes to its exploration plans, as proposed in President Obama’s FY2011 budget proposal, which threatens to hand China – in partnership with the Russians – an open road to pressing forward with its ambitions to becoming the dominant nation in space.