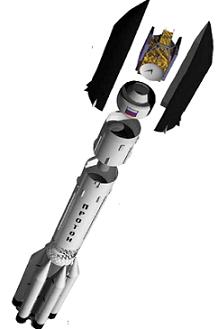 International Launch Services (ILS) have launched the EchoStar XIV telecommunications satellite via their veteran Proton-M launch vehicle and Breeze-M upper stage on Saturday. Lift-off from the Baikonur Cosmodrome in Kazakhstan was on time at 18:26 GMT, ahead of over nine hours of flight until the spacecraft was successfully released into orbit. Meanwhile, ILS have made three contract announcements for launches in 2011 and 2012 – taking their backlog to 22 missions.

The Breeze-M upper stage is the Phase III variant, which sports a new configuration of the avionics bay due to the use of two new high-pressure tanks (80 liters) to replace six smaller tanks, and relocation of command instruments towards the centre – in order to mitigate shock loads when the additional propellant tank is being jettisoned.

The changes also include the replacement of metal bottles for helium with those manufactured using composite materials; use of additional propellant tank with an upgraded prime structure, and the replacement of existing vernier thrusters via upgraded higher specific impulse thrusters.

The Proton and the Breeze M are built by Khrunichev State Research and Production Space Center.

“Additionally, we have utilized this capability to offer Proton ‘Duo’ designed to lower launch costs in the lighter satellite market with the launch of two Orbital satellites, for a single customer. “

From this point in the mission, the Breeze M will perform planned mission maneuvers to advance the orbital unit first to a circular parking orbit, then to an intermediate orbit, followed by a transfer orbit, and finally to a geosynchronous transfer orbit. Separation of the EchoStar XIV satellite is scheduled to occur approximately 9 hours, 10 minutes after liftoff. 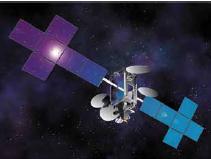 The EchoStar XIV satellite will join DISH Network’s fleet of satellites that serve more than 14 million satellite TV customers in the U.S. From its location at 119 degrees west longitude, EchoStar XIV will provide Ku-band services over the continental United States.

The DISH Network fleet has the capacity to deliver hundreds of the highest quality video and audio channels, including the most HD in the country.

With 103 Ku-Band transponders, the Space Systems/Loral Satellite is anticipated to have a service life of 15 years

The launch is the 58th of the ILS Proton. This mission is carrying the third EchoStar Satellite Launched on ILS Proton, the 14th Space Systems/Loral Satellite, and weighs in as the heaviest commercial satellite launched on the ILS vehicle.

Both missions are part of the Intelsat Multi-Launch Agreement which provides Intelsat the flexibility to substitute another satellite for the Intelsat 21 satellite, or to exercise an additional launch service for this mission. 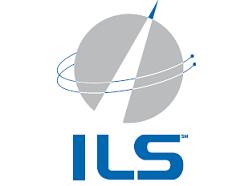 “With the successful launch of the Intelsat 16 satellite just over a month ago, ILS and Khrunichev are proud to be partnering with Intelsat once again with the Intelsat 21 and Intelsat 23 missions. With ILS Proton, we were able to offer Intelsat unmatched flexibility to accommodate these two missions,” noted Mr McKenna.

“The recent launch of Intelsat 16 and these assignments represent the kind of confidence that has made us a preferred launch provider with the largest satellite operator in the world. We look forward to performing flawlessly on both of these new missions for Intelsat to support their continued growth and expansion.”

The Intelsat 23 satellite, weighing 2,730 kg, will be built on the flight proven Orbital Star 2.4E platform with an ILS Proton providing a direct injection into geostationary orbit. Intelsat 23 will provide communications services for the Americas, Europe and Africa with C- and Ku-band coverage at 307 degrees East.

Nimiq 6 is an all Ku-band satellite with 32 high power transponders that will be located at 91 degrees West Longitude. The 5 metric ton spacecraft is now under construction at Space Systems/Loral and will utilize their flight proven 1300 platform over its planned mission life of 15 years. Nimiq 6 is fully leased to Bell TV for the satellite’s lifetime.

“Since our first Nimiq satellite on an ILS Proton, Telesat has counted on ILS to deliver the reliability and on-time performance that have made them an industry leader,” said Dan Goldberg, Telesat’s President and CEO. “We look forward to working closely with ILS, Khrunichev and Space Systems/Loral on the successful launch of Nimiq 6 in mid-2012.”

ILS are already setting a target of seven to right commercial missions will launch this year, along with three to five Federal missions. ILS claim to have a backlog of 22 satellites prior to EchoStar XIV’s launch.