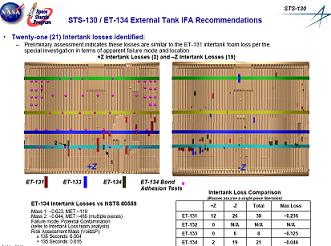 Shuttle and International Space Station (ISS) managers have been busy discussing the launch dates for what are currently the final flights of the manifest, although STS-131 remains on track for April 5. With STS-134’s Alpha Magnetic Spectrometer (AMS) issue now confirmed to be a thermal leak observed during ongoing testing in Holland, STS-132 and STS-133 have both undergone schedule evaluations.

Discovery hasn’t suffered from any notable issues since arriving at Pad 39A, as she patiently awaits the loading of hypergolics during the second half of this week.

This was expanded on via the NASA Test Director (NTD) report, which has so far only listed an extremely low count of 29 Interim Problem Reports (IPRs) for Discovery since she returned from STS-128 – the latest relating to an unexplained error on a General Purpose Computer (GPC). Otherwise, all is well with the pad flow.

“Have a good week of work ahead of us. The progress towards STS-131 appears good. Folks are doing a great job, and vehicle processing is going well, as well as it is for the other vehicles. We are in great shape,” noted manager LeRoy Cain – co-chair of the Mission Management Team (MMT).

No major items of interest have been flagged ahead of the FRR, although some data points will be deferred through to the Agency level FRR – which sets the launch date – later this month.

“Had TIM (Technical Interchange Meeting) at MAF (Michoud Assembly Facility) last Thursday on Probabilistic Risk Assessments (PRAs) for intertank foam,” noted comments on the Standup report. “Came to conclusion that could do credible PRA for RCC (Reinforced Carbon Carbon) and special tile, but did not have models to do tile shear-out or tile.

“For the FRR on Thursday, will not have any PRA numbers, but for the Agency FRR, will have RCC and special tile PRAs and will have flight rationale.”

This reference again notes the continuing evaluations into the intertank foam losses observed on recent flights. This is not likely to be a concern for managers at the FRR, as noted in the STS-130 IFA (In Flight Anomaly) review of External Tank (ET-134).

“Summary: Preliminary assessment of ET flight performance on STS-130 complete. 21 total losses observed on intertank acreage evaluated. The performance of the intertank is not meeting the design intent, but is within our expectations considering the issue we believe we have,” noted one of 15 STS-130 IFA presentations available on L2.

“To support integrated flight rationale to be provided by SE&I (Systems Engineering and Integration), additional bond adhesion tests were approved and successfully performed in debris critical locations as defined by SE&I. All other systems performed nominally.”

With only three IFAs in total for STS-130, STS-131’s FRR process will have little to discuss by way of previous flight items of interest. As such, STS-131 is continuing to track an April 5 launch date target.

“STS-131 is on track for April 5th launch. There are no anticipated range conflicts up to the beta cutout (launch beta cutout 4/15-4/29),” noted a Tuesday memo outlining the status of the near and long term manifest. “Even though SpaceX has the range on 4/12, they won’t be a conflict for subsequent launch attempts because they are using our SRB recovery ships. So if we incrementally slip through the April window, they slip.”

Centered around the test problems with AMS, the final scheduled trio of shuttle flights are somewhat at the mercy of an April data point relating to STS-134, when engineers in Holland will overview what will have been the conclusion of highly complex testing. 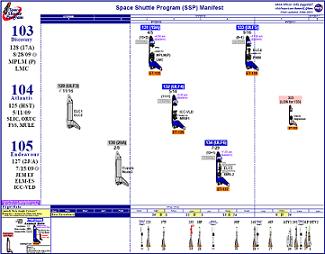 “STS-132 mission, Atlantis: Pad turnaround from STS-131 will support 5/14 launch date with a few days of margin. There are some range conflicts to work but we expect to have the range for the 14th, 15th, and maybe the 16th. Assuming (Soyuz TMA) 21S undock on 6/2 (current plan), we have launch opportunities through 5/21 before we enter a ‘Dual Docked Ops cutout’,” added the schedule overview memo.

“If AMS slips out past 133 and we launch 131 in May, they will either use 133 ‘fly the next flight’ for LON (Launch On Need) – CSCS (Crew Shuttle Contingency Support) duration is adequate depending on the assumptions made – or fly 134 with AMS regardless of the thermal test results and round trip it if necessary. This means we no longer need to evaluate flying an empty cargo bay for the LON.”

The fine balance of finding acceptable launch slots for the shuttle missions – when playing musical chairs with other visiting vehicles, beta angle cutouts and range availability – had led to evaluations into slipping STS-132 into June or July. However, STS-132 remains on track for May, and that is likely to remain the case for the coming weeks at least.

“There has been some discussion of moving STS-132 to June or even July if AMS slips out past 133 to more evenly space out the flights and avoid a large gap between 132 and 133,” added the memo. 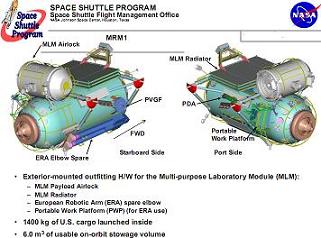 “Launching STS-132 in July is bad from ISSP’s (International Space Station Program) perspective because after (Russian Progress) 38P arrives on 6/30, all the RS (Russian Segment) ports are utilized and there would be no place to install MRM1.

“Although (ISS Manager) Mike Suffering said he could work with the Russians to support STS-132 in July, there was general agreement that we would not plan to fly STS-132 in July.”

As noted previously by NASASpaceflight.com, decisions on the final three flights will be made next month, based on the full AMS test results.

“The decision on whether to slip STS-132 from 5/14 into June will be made in mid-April after STS-131 is off the pad and after AMS has insight into the thermal test results,” the memo continued.

“The decision will be made before 4/13 since this is when Atlantis is rolled to the VAB (Vehicle Assembly Building) and SSP would prefer to stay in the OPF (Orbiter Processing Facility) if launch is going to be delayed to June. I expect that we’ll stay with the May 14th launch date assuming everything goes well with STS-131.” 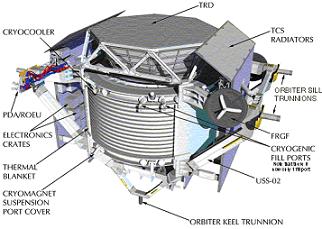 Full specifics on the exact problem with AMS are yet to be noted on SSP documentation, although the scheduling memo did note a “thermal leak” is key to the concerns the mission may be delayed.

Should that become the case, STS-133 will fly before AMS, although this mission cannot be brought forward on the schedule due to the processing timeline of the Permanent Logistics Module (PLM), set to remain docked to the ISS as an additional module.

“STS-133 mission, Discovery: The station processing mission manager reported that the PLM will be at least two weeks late to the pad. They are modifying the MPLM flown on STS-131/19A (Leonardo) to become the PMM and the schedule is very tight. The two week delay does not account for an Edwards landing so it gets worse if STS-131 doesn’t land at KSC.

“However, Mr Suffredini made it clear that the PLM will be ready on time. He mentioned they are looking at using a different MPLM (Multi-Purpose Logistics Module) (probably Raffaello) but regardless they’ll be ready when SSP needs them to be ready. No further work required to evaluate accelerating STS-133.”

STS-133 is also highly likely to be reduced to a four person crew over the coming mission evaluation cycles.

Further information is expected on the status of AMS ahead of the April decision point, although the over-riding focus remains on successfully carrying out STS-131 prior to any decisions on the downstream manifest.