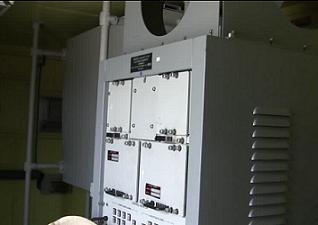 NASA and contractor managers will set STS-132’s launch date during the Agency level Flight Readiness Review (FRR) on Wednesday. No major issues have been noted, while Atlantis continues to behave on Pad 39A, raising the likelihood May 14 will be set as the launch date. Meanwhile, engineers have pinpointed the cause of Discovery’s Ku-band system issues, observed during STS-131.

Mirroring recent flows, Atlantis continues to enjoy a low IPR (Interim Problem Report) count, with only 37 issues being noted since she returned from STS-129. Notably, all recent IPRs have related mainly to Ground Support Equipment (GSE) as opposed to Atlantis herself.

A previous IPR (0029) – related to troubleshooting on a Partial Pressure Oxygen (PPO2) sensor C – ruled out the amplifier and sensor as culprits for the failure to calibrate. As such, troubleshooting results remain under evaluation.

The main aim of the flow this week is to prepare for Launch Countdown operations, known as S0007. Despite only one contingency day available in the flow, engineers remain on track to hit their target, allowing for the first launch attempt to take place on May 14.

“S5009 Ordnance Installation completed. The vehicle is powered up and personnel are being cleared from the pad for post ordnance installation testing. Orbiter Aft closeout continues. Door installation for flight is planned for Friday,” added NTD processing information.

“S0007 Launch countdown preps are in work and will continue through the week.”

STS-132’s Agency (SOMD) FRR is not expected to have any major talking points, thanks for the smooth flow of what is currently Atlantis’ final mission on the schedule. With all departmental FRRs now complete, the Agency FRR will set the launch date, ahead of follow-on reviews by the Mission Management Team (MMT).

“Agency FRR charts are due for the FRR on Wednesday that starts at 8:00 a.m. ET. The MMT pre-brief and STS-131 debrief (were conducted on Tuesday),” noted the KSC Integration manager on the latest Shuttle Standup/Integration report (L2), which included a late note on Atlantis’ Californian landing option.

“At Edwards (Dryden Flight Research Center), the main runways are back up. The Air Force will transition Ops over next weekend. Have both the Microwave Scanning Beam Landing Systems (MSBLSs) on 22 left and 04 right up and certified to support STS-132.”

As with all FRRs, the previous mission’s IFAs (In Flight Anomalies) make up a large part of the discussions, resulting in Discovery’s Ku-Band failure – and plans for any re-occurrence with Atlantis – being added to the meeting.

“On the Ku-band failure, the robotics instructors have tagged up with future crews to offer additional training for the docked inspection,” noted Flight Operations on the Standup report. “Feedback from the crews is that they feel they have been adequately trained and are in good shape should there be another failure.” 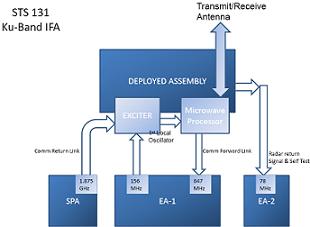 Charged as Discovery’s fourth IPR for her STS-133 flow, troubleshooting on her Ku-band hardware began shortly after she arrived back into the Orbiter Processing Facility (OPF-3), following the conclusion of STS-131.

“IPR-0004 Ku Band troubleshooting is Complete to Date. Ku band is still not functioning properly. Engineering is evaluating. More troubleshooting will follow,” noted the opening set of processing notes on the evaluations.

“Ku Band troubleshooting is complete to date. Verified that the 156 MHz reference signal was good going into the Deployed Assembly (DA). Signal was steady and had a good level. Tentative plan is to replace the DA.”

Over the weekend, engineers were planning to replace the DA on Discovery’s Ku-Band system, although this operation is currently on hold pending a decision on which spare DA will be installed on the veteran orbiter. 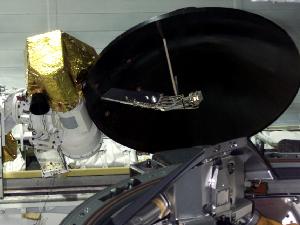 “The Ku-Band removed from OV-103 (Discovery) was received at the (Lab) Saturday morning. The team worked through the weekend troubleshooting. Isolated the failure to a Q6 transistor on harmonic phase comparator on the same exciter with the DEA. It was isolated to the DEA,” added KSC Logistics on the Standup report.

“That data will be turned over to the Engineering team for additional troubleshooting.”

“The last Ku failure was STS-92, and was a Q5 transistor. Was a different location, but the same transistor,” added the Orbiter Project Office (OPO) on the Standup report, who also referred to another ongoing topic for FRR discussion – the small ceramic inserts that have become a liberation issue during recent flights.

“The team working the SICB (Safety Integration Control Board) and ceramic inserts are working long hours and putting in a lot of overtime. Pulling a story together this quickly is impressive. Kudos to that team; they are doing an amazing job.” 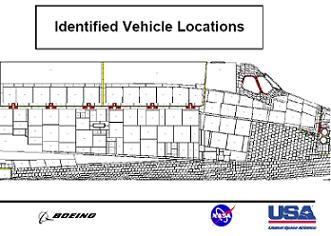 Given previous discussions ahead of STS-131, this topic is very unlikely to be a problem for the FRR. However, further actions have been noted via the inspection and replacement procedures, while flight history continues to play a positive role in easing concerns relating to potential liberations from the Payload Bay Door hinges.

With all areas of liberation, potential impacts to downstream hardware is a concern that remains under constant evaluation.

“Plan is to inspect and reinstall all plugs that have potential to come loose. As discussed prior to STS-131, the payload bay hinge line locations are not accessible at the pad. Only one plug has been liberated in our flight history – occurred on base of vertical tail (two other occurrences of loss of the insert/plug which is different failure mode).”

“The National Space Trophy was won by Bill Gerstenmaier. In his acceptance speech, he thanked the Space Shuttle team effusively for how much this team has done over the last several years to keep the Program on track and operating as safely as we have been. He really meant that,” noted Mr Shannon on the Standup report.

“The team is doing an amazing job of getting all of the issues turned around and all of the proper discussions. We are rolling into next week in good shape (Mr Shannon) agreed with the kudos. There was lots of good feedback on how great this team is doing. Keep it up, and we will see most of you down in Florida (for the FRR).”