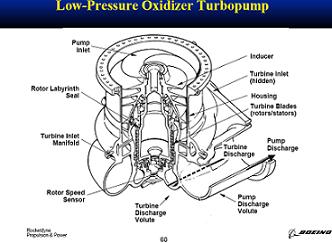 Engineers are preparing to remove Discovery’s three Space Shuttle Main Engines (SSMEs) on Thursday, after SSME 1’s Low Pressure Oxidizer Turbo Pump (LPOTP) failed torque checks. No schedule impact will be suffered as a result of back-stepping in the flow, due to the six week slip to STS-133’s launch date caused by payload requirements.

Discovery is being prepared for her mission to deliver the Permanent Multi-Purpose Module (PMM) – the converted Multi-Purpose Logistics Module (MPLM) Leonardo – and ELC-4 (ExPRESS Logistics Carrier -4) to the International Space Station (ISS).

Due to constraints relating to the PMM’s payload, the original launch date of September 16 was slipped to the end of October via internal planning, with a Change Request (CR) in the system to officially slip the NET (No Earlier Than) target at a meeting next week.

STS-134 – with Endeavour – is due to follow on February 24-28, with the notional STS-135 placed on a provisional June 24 launch date – although manifest evaluations are taking place, both at a program and political level, with the latter considering a position of negotiating STS-135 to launch “up to the end” of FY2011, whilst evaluating the costs of adding STS-136 in 2012 (evaluation content in L2 – specific article will follow when appropriate).

With a mini-manifest stretch already in effect by proxy, engineers have at least two missions to support either side of the New Year, with Discovery’s flow enjoying a large amount of contingency inside her Orbiter Processing Facility (OPF-3).

The plug reference relates to the modifications that are being implemented on the small ceramic plugs that are located on the Payload Bay Door Hinge Line. Similar work is also taking place on Endeavour, as engineers work on mitigating potential debris hazards – after the issue was raised at recent Flight Readiness Reviews (FRRs).

The issue with the LPOTP on Main Engine 1 was reported by the NTD earlier this week, not long after they had been installed, resulting in preparations for all three engines to be removed – due to interferences with the removal of ME-1 (ME2048) – being worked.

The LPOTP is an axial-flow pump driven by a six-stage turbine powered by liquid oxygen. The flow from the LPOTP is supplied to the High-Pressure Oxidizer Turbopump (HPOTP).

During engine operation, the pressure boost permits the High Pressure Oxidizer Turbine to operate at high speeds without cavitating. The LPOTP operates at approximately 5,150 rpm.

Discovery’s flow has been relatively trouble-free up to this point, with only 25 Interim Problem Reports (IPRs) noted since arriving back from her highly successful STS-131 mission. The latest two issues have been resolved, bar engineering reviews into a potential need for further troubleshooting.

“IPR 0025: Remotely Operated Electrical Umbilical (ROEU) System 1 Release talkback is blank. The problem was picked up while moving the ROEU from the deployed position to the stowed position. System 2 reading was nominal. Continuity checks through the ROEU and connector upstream exhibited nominal values. Engineering is evaluating further troubleshooting.”

Over in the Vehicle Assembly (VAB), Discovery’s External Tank (ET-137) and twin Solid Rocket Boosters (SRBs) are mated and undergoing electrical work to connect the hardware that will be tested during the inferface test later in the flow.

The only issue noted from High Bay 3 (HB-3) related to a damaged sensor wire, which required a replacement to be shipped from Utah.