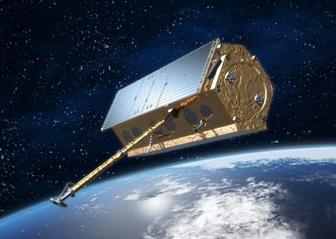 Following numerous delays to its launch date, an ISC Kosmotras Dnepr launch vehicle has finally lifted off with the TanDEM-X satellite into orbit from the Baikonur Cosmodrome in Kazakhstan – at 02:14 GMT. The German Aerospace Center (DLR) and Astrium satellite, together with its twin, TerraSAR-X, TanDEM-X will survey all 150 million square kilometres of Earth’s land surface several times during its three-year mission.

The Ukrainian-built Dnepr is a converted SS-18 intercontinental ballistic missile. Most of the SS-18 missiles, the most powerful weapon in the Soviet arsenal, were decommissioned under the terms of the Strategic Arms Reduction Treaty, but could be adapted for civil use. In 1997, Russia and Ukraine formed the International Space Company Kosmotras to convert the missiles into Dnepr launch vehicles.

Over 30 commercial satellites have been launched by Dnepr. Kosmotras also provides the launch services, and the vehicle was in action only just last week, when it launched PRISMA, two satellites – nicknamed Mango and Tango – which are test rendezvous and formation flying in space, along with a French satellite, called Picard.

TanDEM-X (TerraSAR-X add-on for Digital Elevation Measurement) was approved in 2006, and is set to open a new era in space borne radar remote sensing. The first bistatic SAR mission will involve flying the two satellites in a closely controlled formation, with typical distances between 250 and 500 m.

Primary mission objective is the generation of a consistent global digital elevation model with an unprecedented accuracy according to the HRTI-3 specifications. Beyond that, TanDEM-X provides a highly reconfigurable platform for the demonstration of new SAR techniques and applications.

The TDX satellite is a re-build of TSX with only minor modifications, such as additional cold gas propulsion system for constellation fine tuning and an additional S-band receiver to enable a reception of status and GPS position information broadcast by TSX.

The TDX satellite will be designed for a nominal lifetime of five years and has a nominal overlap with TSX of three years. However, TSX holds consumables and resources for up to seven years of operation, allowing for a potential prolongation of the overlap and the TanDEM-X mission duration.

The potential for commercial applications arises from the increase in the efficiency of the TerraSAR-X data production chain, high quality and efficient cartographic capability, as well as implementation of experimental modes and services.

TanDEM-X represents the first step for a constellation of radar satellites and will ensure the German leading position for X-Band SAR technology. The user community will have access to a broad spectrum of scientific, commercial and security applications.

The TanDEM-X project – just like its ‘sister’ mission, TerraSAR-X – is being implemented on a joint basis by DLR and Astrium, in an arrangement known as a Public-Private Partnership (PPP). This PPP agreement defines many aspects of TanDEM-X, including the financing arrangements and the intended use of the data.

The partners (DLR and Astrium) are funding the almost 85 million Euro price tag of the satellite jointly: DLR is contributing 59 million Euro, while Astrium is putting in 26 million Euro. DLR is also developing the ground-based infrastructure required for this mission. It is responsible for planning and executing the mission, for controlling both satellites and for generating the digital relief map of Earth.

The use of data for scientific purposes is being coordinated by the DLR Institute for High-Frequency Technology and Radar Systems, based in Oberpfaffenhofen. All commercial marketing is being handled exclusively by Infoterra GmbH (Friedrichshafen), a wholly owned subsidiary of Astrium.