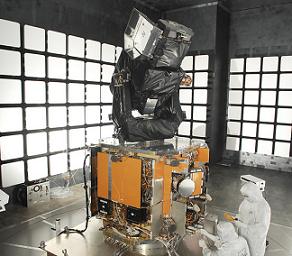 An Orbital Minotaur IV has made its first orbital launch during the early hours of Sunday morning, carrying the first Space Based Space Surveillance (SBSS) satellite for the US Air Force and Missile Defense Agency. The launch – from Vandenberg Air Force Base – was on schedule, at the start of a 14 minute window, whiched opened at 04:41 UTC (21:41 local time on Saturday).

SBSS-1 is designed to track and detect other spacecraft in orbit, and will form part of the United States Strategic Command’s Space Surveillance Network. The tracking of satellites from orbit earlier proved an unexpected capability of the MSX satellite, however SBSS-1 will be the first spacecraft dedicated to this mission. SBSS data will supplement that returned by the Ground Based Electro-Optical Deep Space Surveillance (GEODSS) system, which is used for most satellite tracking applications.

MSX, the Midcourse Space Experiment, was launched aboard a Delta II in 1996 as part of a Ballistic Missile Defense Organization programme to track missiles and warheads making suborbital flights. It used both infrared and visible light instruments to achieve this task.

The spacecraft was expected to cease operations when it ran out of coolant in 1997; however the visible light sensor, Space-Based Visible (SBV), was still operable since it did not need to be kept at cryogenic temperatures. MSX was used for an extended mission, during which it was used to track satellites and debris in and close to geosynchronous orbit. The satellite ceased operations in June 2008 following the failure of the SBV instrument.

Boeing was the prime contractor for SBSS-1, whilst Ball Aerospace built the satellite and its instruments. SBSS-1, which is also known as SBSS Block 10, is based around the BCP-2000 satellite bus. It will be the sixth BCP-2000 to be launched, following QuikSCAT, Quickbirds 1 and 2, ICESat and CloudSat. Harris IT Services wrote the command and control software for the satellite, whilst the Massachusetts Institute of Technology developed the software for mission planning, and for processing the data the spacecraft returns.

The SBSS-1 spacecraft is designed to be more capable than MSX, and Boeing claims that it is twice as sensitive, that it is three times more likely to detect spacecraft successfully and can do so twice as fast, and that it will provide ten times the capacity. SBSS is expected to be able to cover medium Earth orbit in addition to geosynchronous orbit, whereas MSX could only cover the latter. It will be operated by the First Space Operations Squadron of the US Air Force.

The contract to build SBSS-1 was awarded in 2004, with design reviews occurring in 2005 and 2006, and the spacecraft was completed in 2009. The 1,031-kilogram spacecraft is three-axis stabilised, and equipped with fixed solar arrays to provide at least 840 watts of power. The satellite has a design life of seven years, however its mission is currently only expected to last for five and a half years. Its primary instrument is a wide angle visible light camera, which is designed to gimbal in two axes to allow tracking of spacecraft without repositioning the spacecraft; an improvement on the fixed sensor aboard MSX.

SBSS-1 was originally scheduled to launch last year on the maiden flight of the Minotaur IV, however this was delayed due to concerns regarding the rocket’s third stage. It was discovered that the stage’s gas generator produced additional thrust, which could have affected missions requiring precise orbital insertion, such as SBSS. This concern resulted in a delay to the launch whilst the problem was investigated, and a diffuser was developed to mitigate its effects. This had to be test-flown, which resulted in the suborbital HTV-2a mission being moved up the manifest to fly before SBSS-1. 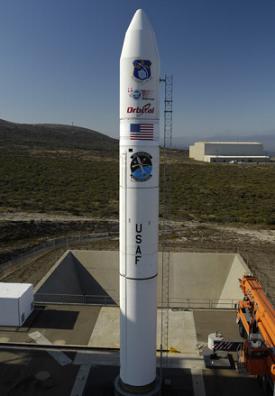 The Minotaur IV is a derivative of the Peacekeeper missile, which was developed in the late 1970s and early 1980s, originally as part of the Missile-X programme to replace the Titan II. The Peacekeeper first flew in 1983, and entered service in 1986. A four stage rocket, consisting of three solid stages and a liquid-fuelled Postboost Axial Thruster, the Peacekeeper could deliver ten independently targeted Mk.21 reentry vehicles, each containing a W87 thermonuclear warhead. The Peacekeeper was retired from service in 2005 under the terms of the START-II treaty. Of the 114 built, 51 were launched with two failures.

The Minotaur IV is an all-solid four stage vehicle. It uses the first three stages of the Peacekeeper missile, topped with an additional fourth stage, to place spacecraft into low Earth orbits. The first stage is a Thiokol-built SR118, which has also been used on some Taurus rockets. The SR118 will ignite at T-0, beginning the rocket’s ascent towards orbit. Thirty eight seconds into the flight the vehicle will pass through max-Q, the area of maximum dynamic pressure. The first stage will continue to burn until around 58 seconds after launch, when it will separate, and the second stage will ignite.

The second stage; an SR119 which was built by Aerojet, will burn for a minute taking the vehicle to the edge of space. Once the second stage has burned out, the rocket will coast for fifteen seconds before it is jettisoned. During this coast phase, the rocket is expected to cross the Kármán line; the internationally acknowledged boundary between the Earth’s atmosphere and space. The Hercules Incorporated SR120 third stage will then ignite to begin a 77 second burn.

One hundred and fifty six seconds after liftoff, the payload fairing will separate from around the SBSS satellite. Completion of the third stage burn around 51 seconds later will mark the start of a longer coast phase, this time lasting around eight minutes and seven seconds. About 694.6 seconds after launch, the third stage will separate and fourth stage will ignite.

The fourth stage is an Orion 38; a stage which is built by Hercules Incorporated, and has previously been used on Pegasus and Taurus rockets. It will burn for one minute, six and a half seconds, and provide the final energy required for orbital insertion and circularisation. Around fourteen minutes and forty one seconds after lifting off, SBSS will separate from the upper stage of its carrier rocket. 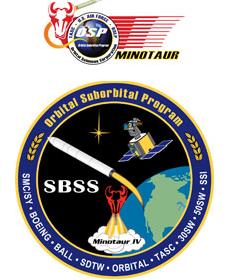 The target orbit for the launch is a slightly retrograde polar low Earth orbit with an apogee and perigee of 540 kilometres, inclined at 98 degrees to the equator. The spacecraft will subsequently manoeuvre to a circular sun-synchronous orbit at an altitude of 630 kilometres. Initial activation and testing is expected to be complete within sixty days of launch, following which the spacecraft will undergo ninety days of calibration, thirty days of testing, a thirty day trial and thirty days of acceptance testing before entering service around 240 days after launch.

The launch will take place from Space Launch Complex 8 (SLC-8) at Vandenberg Air Force Base in California. SLC-8, which was built in the late 1990s as part of the California Spaceport, is operated by Spaceport Systems International.

The launch of SBSS will mark the seventh use of the complex, which was used for six Minotaur I launches between 2000 and 2006, and for the first Minotaur IV launch in April. As well as being used for Minotaur launches, Lockheed Martin has also proposed launching Athena rockets from SLC-8; the Athena was originally retired from service in 2001, and its old launch complex at Vandenberg is now used by the Delta IV. Athena launches from Vandenberg are only expected to be offered if payload requirements preclude a launch from one of the other planned launch sites; Spaceport Florida, the Mid Atlantic Regional Spaceport, and the Kodiak Launch Complex. 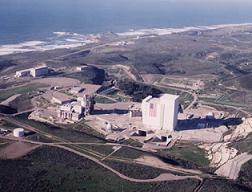 This is the second launch from Vandenberg this week, following Tuesday’s successful launch of the NRO L-41 mission on an Atlas V 501. NRO L-41, now designated USA-215, has been observed by amateur satellite observers and it has been determined to be in a retrograde Low Earth orbit with a perigee of 1,064 kilometres, an apogee of 1,083 and an inclination of 123 degrees. That orbit would give it the same ground coverage as a number of Lacrosse radar imaging satellites in 57 degree prograde orbits, however it is at a much higher altitude, and it is currently unclear why it is in a retrograde orbit rather than the more customary prograde version.

The next launch of any kind from Vandenberg is currently expected to be of a Delta II with the COSMO-4 satellite, on 29 October.