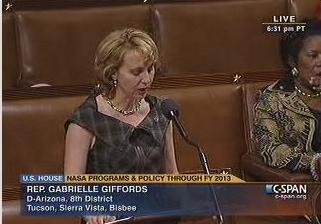 Following a marathon day of debates and the extended wait for a recorded vote, the Senate Bill (S. 3729) has been passed by lawmakers by a ratio of 3 to 1. Modifying the heavily criticised path laid out by President Obama, Congress passed the bill which will allow for the ultimate transition towards commercial access to Low Earth Orbit, in tandem with NASA’s re-focused goals on exploration via a new HLV (Heavy Lift Launch Vehicle).

The bill – to authorize the programs of the National Aeronautics and Space Administration (NASA) for fiscal years 2011 through 2013 – provides $58 billion for NASA over that three year period. It was passed by a vote of 304 yeas, versus 118 nays, with 10 non voters.

Once the bill came up for debate late in the day on Wednesday, a string of lawmakers outlined their support for S. 3729, citing the need to protect the workforce from further widescale cuts, through to the more dramatic claims that President Obama was aiming to destroy manned space flight via his FY2011 budget proposal.

Only one voice was heard in opposition, when Arizona Representative Gabrielle Giffords took a large amount of the debating time to cite her strong opposition to passing the bill – which was expected following her previous stance, and continued calls to reject all bills which threatened to cancel the Constellation Program.

“This is a bad bill, this will do damage to NASA and should be voted down,” noted Rep. Giffords, before moving into a tirade against the content of the bill, claiming the provision for a HLV was for a vehicle that was designed by Senators, not NASA engineers.

Despite Rep. Giffords leading the movement against the compromise bill – mainly via her personal preference to the now-defunct Constellation Program (at least major elements of the program) – along with some diluted support from several lawmakers, including the chairman of the House Science and Technology Committee, Rep. Bart Gordon, the debate ended with a voiced vote which recorded a majority support for the bill.

Initially it appeared the bill was going to pass there and then, until Rep. Giffords called for a recorded vote at the last moment. Lawmakers then had to wait several hours until the business of the house worked it way though the schedule to allow for an electronic vote. The result finally passed the bill, 304 to 118.

Earlier in the day, NASA Administrator Charles Bolden – who has been underfire over his role with the creation of the FY2011 budget outline and rollout – made an official statement of support for the Senate Bill.

“Today, a historic vote will occur in the House of Representatives on a comprehensive NASA authorization bill that is expected to chart the future course of human space flight for years to come.  I am hopeful that S. 3729 – the National Aeronautics and Space Administration Authorization Act of 2010 – will receive strong support in the House and be sent onto the President for his signature,” noted General Bolden.

“Earlier this year, President Obama laid out an ambitious new plan for NASA – one that helps blaze a new trail of innovation and discovery. His plan would invest more in NASA; extend the life of the International space station; launch a commercial space transportation industry; foster the development of path-breaking technologies; help create thousands of new jobs; and embark on a fundamentally more ambitious strategy to expand our frontiers in space.

“Passage of this bill represents an important step forward towards helping us achieve key goals the President has laid out. If passed, the bill would help put the U.S. space program on a more sustainable trajectory and inspire a new generation of Americans to pursue careers in science, technology, engineering, and mathematics. This important change in direction will not only help us chart a new path in space, but can help us retool for the industries and jobs of the future that will be vital for long term economic growth.

“I also salute our dedicated employees for continuing their good work and keeping their eyes on the prize during these important deliberations. Our workforce has proven time and again that it can meet any challenge. Congress and the President are once again calling on us to step up and move this nation forward in space exploration.” 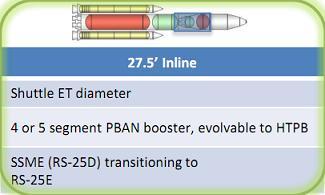 Notably, General Bolden made no reference to what is arguably the centrepiece of the Senate Bill, a HLV which will utilize major elements from both the Shuttle and Constellation Programs. All current studies continue to show a preference for an inline SD HLV, with the Marshall Space Flight Center (MSFC) set to take the lead on the project.

The HLV – to be ready to launch by 2016 – will initially provide a backup to commercial fleet, prior to a leading role as the NASA vehicle for Beyond Earth Orbit (BEO) exploration.

General Bolden also made no reference to STS-135, which now receives funding via the Senate Bill – noted as the final hurdle for the mission, following the creation of a mission baseline and the successful conclusion to the required safety assessments. General Bolden was previously quoted by the BBC during a tearful interview as saying there would not be any additional shuttle missions past STS-134.

Following the Senate Bill’s successful passage through Congress, General Bolden made a second statement – again making no reference to a HLV or the additional shuttle mission, once again claiming the Senate Bill is an important step forward towards helping us achieve the key goals set by the President, even though the Bill is a major refinement of the FY2011 budget proposal.

“We thank the Congress for their thoughtful deliberations about NASA’s future over the past months. Both the House and the Senate provided insight, ideas and direction that were truly exemplary of the democratic process. It is clear that our space program inspires passion and dedication across party lines, and for that we are truly thankful,” noted the NASA Administrator.

“This important vote today in the House of Representatives on a comprehensive NASA authorization charts a vital new future for the course of human space exploration. We are grateful that the National Aeronautics and Space Administration Authorization Act of 2010 received strong support in the House after its clearance in the Senate, and can now be sent on to the President for his signature.

“The President has laid out an ambitious new plan for NASA that pioneers new frontiers of innovation and discovery. The plan invests more in NASA; extends the life of the International Space Station; launches a commercial space transportation industry; fosters the development of path-breaking technologies; and helps create thousands of new jobs. Passage of this bill represents an important step forward towards helping us achieve the key goals set by the President.

“This important change in direction will not only help us chart a new path in space, but can help us retool for the industries and jobs of the future that will be vital for long term economic growth. NASA appreciates all of the hard work and effort that has gone into advancing this legislation.”

The next key step for the Bill will come when S. 3729 appears in the White House, requiring the signature of the President. The President holds the power to veto the Bill, although such a drastic measure is not expected.