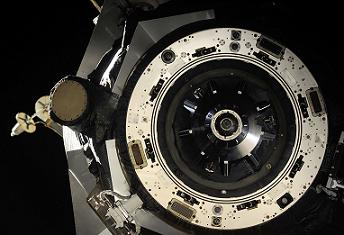 A Russian Soyuz-U launch vehicle launched the M-07M/39P Progress resupply ship into orbit on Friday morning, enroute to what was an issue-free Sunday docking with the International Space Station (ISS). Meanwhile, an investigation overview into aborted docking of the M-06M/38P Progress has been reviewed by NASA managers.

Friday’s launch – at 11:22am GMT – followed Wednesday’s very rare scrub due to high winds at the Baikonur Cosmodrome in Kazakhstan.

The ISS being replenished by the vast array of payloads manifested on the Progress – with a total mass of 2,515 kgs set to be delivered. Amongst the upmass will be 1,918 pounds of propellant, 110 pounds of oxygen/air, 375 pounds of water and 2,645 pounds of spare parts and experiment hardware.

“The SORR convened on Thursday, August 26, 2010. In summary the ISS Program is go for Progress Disposal for 38P and the launch, docking, and stage operations of Progress 39P,” noted the expansive SORR overview (L2). “Presented the MOD (Missions Operations Directorate) readiness, and MOD received no new actions.”

As noted, the farewell to the previous Progress (M-06M/38P) – which had been docked to the aft port on the Russian Service Module (SM) – was required ahead of 39P’s arrival. This was successfully carried out on time at 11:21 AM GMT on August 31. 38P enjoyed a free-fly for about one week on an autonomous mission that included the “Radar-Progress experiment”, prior to its deorbiting and disposal.

Progress 38P’s demise also resulted in a parting gift for the Station, as it took 650 kg of US trash with it, “including lots of foam to help clear volume,” according to SORR notes.

Progress dockings are a rather routine affair most of the time, but issues with 38P’s arrival at the orbital outpost – caused in part by interference between the Progress TV transmitter and the TORU (Telerobotically Operated Rendezvous Unit) system, resulting in an aborted docking – placed added focus on the latest arrival.

“Informal Action from 38P SORR to investigate updates and additions to docking flight rules based on 37P manual docking,” added the SORR notes. “No changes are agreed for 39P (400m will be crew take-over distance, if needed).

“Investigation shows that crew control inputs may not have occurred until within 400m, though Moscow gave the crew direction to take manual control further out. All equipment is certified for launch and Russian Segment is ready to accept Progress docking.”

An overview of 38P’s issues was also provided by the SORR, which noted the automated docking was terminated via the overlapping of two problems. 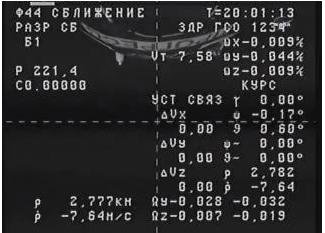 “As 38P approached ISS at a range of 9km, its VHF system was internally activated. The Progress TORU communication System was expecting the ISS SM VHF system to already be activated, and the SM system was not yet switched on,” explained the notes.

“The Progress TORU System increased its gain to search for the SM VHF signal and did receive either a ground signal or a weak ISS VHF signal from something else on board that it interpreted as a TORU system fault, so a software flag was set indicating a TORU system problem.

“When the crew switched on the SM TORU panel initiating comm, a button had been inadvertently misconfigured/depressed on the panel, turning on the logic systems before there was full communications lock-up. As it activated, the SM TORU panel interpreted the Progress software fault flag as the Progress being unready for rendezvous and cancelled dynamic mode (around 8 km).

“MCC-M understood the failure to be communications and logic related – (and) not related to the Progress or SM systems being ready for docking, or the comm. System having good link (now), so they gave the crew a go for manual-mode docking.

“Russian flight rules prohibit the crew from taking manual control of the Progress further out than 400m, and the data is unclear if the crew actually did input any commands until the 400m gate was reached.”

NASA managers at the SORR were also informed of preventative actions that have been taken by their Russian colleagues at RSC Energia ahead of 39P’s arrival at the ISS.

“To prevent this set of related failure/misconfigurations from recurring on 39P, the following actions are being taken by RSC-E: A command will be loaded into TBL to activate the VHF receiver on the Progress after the SM TORU comm. System is activated. This will help prevent communications interference being interpreted as a fault. 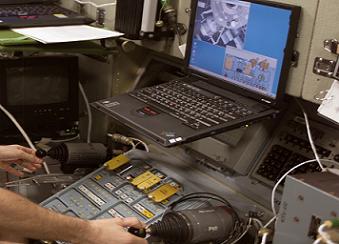 “Operational documentation has been updated for the crew to monitor manual control panel commands from SM (recheck panel config.) and to make sure the VHF on the ISS activates before the Progress VHF (at the correct time). Software has also been updated to ensure Progress VHF will be activated after SM VHF Is active and not ratty.

“The rule for the crew to take over the Progress on manual will still be 400m. Backup approach may not always be an available option depending on vehicle config/status but backup escape is always an option for safety.”

On orbiter, the Progress KURS-A (active) was activated at 11:10 AM GMT on Daily Orbit 1 (DO-1), with SM KURS-P (passive) online two minutes later.

With the rescheduled launch date, docking with the ISS was realigned to Sunday morning, with no issues reported during rendezvous and docking – which was completed at 11:58 GMT.