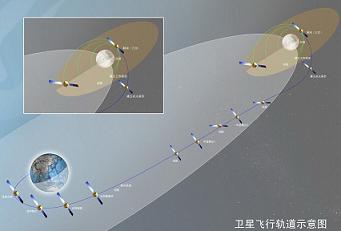 The second phase of China’s lunar exploration launched on Friday, the national day of China, at 10:59:57 UTC (6:59am Eastern) – with the lift-off of Chang’e-2, China second lunar probe. The spacecraft is being lofted by a CZ-3C Chang Zheng-3C (Y7) (Long March 3C) launch vehicle from the LC2 launch complex of the Xi Chang Satellite Launch Center.

The Long March-3C completed its mission 25 minutes after the launch, when the satellite was separated from the vehicle. Chang’e 2 then opened its solar wings and continue to fly, while adjusting its altitude and direction.

After 110 hours, Chang’e-2 will reach the near-moon area and begin to adjust its direction and speed for braking around 100 kilometers away from the moon. The lunar probe will brake three times more and enter an orbit located 100 kilometers from the moon at a speed of 117 minutes per orbit. This is the major circular orbit where the Chang’e-2 probe will begin its tasks.

Originally built as the back-up vehicle for the Chang’e-1 probe, China’s first lunar mission, which launched on October 24, 2007. Chang’e-2 is a more capable probe than is predecessor, undergoing numerous technical upgrades for its mission

To achieve this improvement, Chang’e-2 will be launched directly into an Earth-Moon transfer orbit with a perigee 200 km and an apogee of about 380,000 km. Later, Chang’e-2 will lower its orbit to 100 km and having a lower point of only 15 km.

Once in orbit, the new probe will be able to utilize an improved resolution of 10 meter at 100 km altitude and 1.5 meter at 15 km altitude. However, during testing, the camera onboard Chang’e-2 achieved a resolution of just 7 meters.

This is a notable improvement compared to the 120 meter resolution of the Chang’e-1 camera, which is capable of capturing tridimensional topographic images of the Moon surface, surveying possible landing areas. 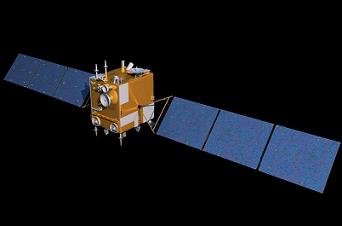 Chang’e-2 will also study the effects of the solar energy particles from the CME (Coronal Mass Ejections) and solar wind on the lunar surface. In order to achieve such results, the probe is equipped with a solar particle detector and an ion detector, which will study the composition, energy spectrum and characteristics of the solar particles. 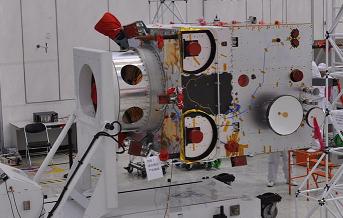 The probe will also test a new camera, verifying a substantial increase in data transmission capacity. This capacity will be very important for the Chang’e-3 soft-landing mission planned for 2013. Chang’e-3 is planned to land on the Sinus Iridium region – which is one of the main sites that will be surveyed by Chang’e-2.

Chang’e-2 mission will be six months in duration, although this mission length can be prolonged if Chinese engineers deem the spacecraft to be in good working order. 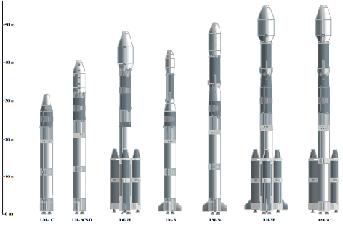 This will be the fifth flight of the CZ-3C Chang Zheng-3C launch vehicle. The rocket was developed to fill the gap between the CZ-3A Chang Zheng-3A and the CZ-3B Chang Zheng-3B, sporting a payload capacity of 3,800 kg for GTO. This is a three stage launch vehicle, identical to the CZ-3B, but only the two strap-on boosters on its first stage.

The development of the CZ-3C started in February 1999. The rocket has a liftoff mass of 345,000 kg. The first two stages as well as the two strap on boosters use hypergolic (N2O4/UDMH) fuel while the third stage uses cryogenic (LOX/LH2) fuel. The total length of the CZ-3A is 54,838 meters, with a diameter of 3,35 meters on the core stage and 3,00 meters on the third stage. 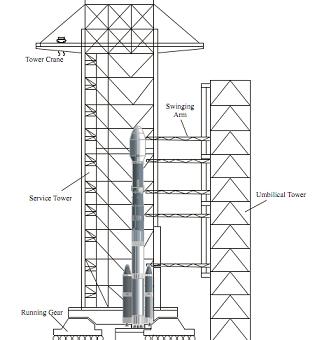 This will be the 132nd successful Chinese orbital launch, the 131st launch of a Chang Zheng launch vehicle, the 10th orbital launch in 2010 and the fifth launch from Xi Chang in 2010.

Next year will see the launch of the TG-1 TianGong-1 space module. TiangGong-1 is expected to accomplish the country’s first space docking and is regarded as an essential step toward building a space station.