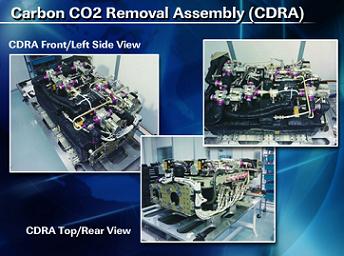 Soyuz TMA-01M has docked with the International Space Station (ISS) – at 00:01 GMT on Sunday – following a two-day free flight, returning the population of the ISS to six people. The TMA-01M crew will arrive at the ISS in the midst of a busy period of activity, as the Expedition 25 crew work to install the new Sabatier system, and conduct maintenance to repair the TVIS treadmill.
Soyuz TMA-01M Arrival:

Soyuz TMA-01M docked to the MRM-2 Zenith port, following two days of rendezvous operations – after the successful launch on October 8 (local time) from the Baikonur Cosmodrome in Kazakhstan. The docking was nominal for the debut use of the new “digital” Soyuz TMA-M variant of the rendezvous system.

Following the docking, the ISS crew equalized the pressure in the vestibule between the Soyuz and the station by opening a Pressure Equalisation Valve (PEV – KVD in Russian) in MRM-2’s Zenith hatch/docking drogue. After the standard leak checking, the ISS crew opened the MRM-2 hatch, at which point the Soyuz crew opened the Soyuz hatch/docking probe (scheduled for around 3:00 AM GMT Sunday).

The two crews then greeted each other and move into the Service Module (SM) for the traditional welcoming ceremony.

Following the welcoming ceremony, Soyuz CDR Kaleri installed the SSVP BZV clamps, which rigidized the joint between the Soyuz and ISS. Russian thrusters were disabled for this event.

The TMA-01M crew then joined Wheelock, Walker and Yurchikhin for the mandatory ISS safety briefing, to familiarize themselves with procedures and escape routes in case of an emergency.

Kaleri then powered down TMA-01M’s non-essential systems, as they will no longer be needed until the Soyuz undocks from the ISS on March 16th, 2011.

Before bedtime (8:30 AM GMT Sunday), the TMA-01M crew set up their Crew Quarters (CQs) – Kelly & Kaleri in Node 2, Skripochka in the Service Module (SM) – by unpacking their individual Cargo Transfer Bags (CTBs) containing their sleeping bags and personal effects from TMA-01M, and setting them up in their respective CQs.

The three-person Expedition 25 crew have been busy this week preparing for the installation of the Sabatier regenerative life-support system. Sabatier was delivered to the ISS on STS-131/19A in April, but the system will be installed and powered up for the first time next week.

Sabatier is a new system – never before tested in space – that will produce water and methane using excess hydrogen from the Oxygen Generation System (OGS) rack, and carbon dioxide from the Carbon Dioxide Removal Assembly (CDRA) – both of which are currently vented into space.

The water will be processed through the Water Recovery System (WRS) Water Processing Assembly (WPA), and the unneeded methane will be vented into space.

Sabatier will reside inside the OGS rack, which is located in Node 3 – along with the CDRA and WRS WPA. Having Sabatier, OGS, CDRA and WRS WPA all working in conjunction with each other will enable Node 3 to become a highly sophisticated regenerative life-support module.

In the long-term, Sabatier will decrease the station’s dependency on water in the post-Shuttle era, and will greatly aid engineers in designing regenerative life support systems for future missions beyond Earth orbit – where resupplies will, at best, be minimal.

Another major item of work undertaken by the ISS crew this week was Inflight Maintenance (IFM) of the Treadmill with Vibration Isolation System (TVIS), located in the SM. Although TVIS is located in the Russian Segment (RS) of the station, it was designed by US engineers at JSC in Houston.

On Thursday, the Expedition 25 crew began the standard 6 month maintenance on the TVIS. At the start of the speed characterization test, TVIS gyroscope failed to spin up on activation. Troubleshooting was unable to resolve the issue. TVIS was declared No Go for exercise and the crew was instructed to power it down.

On Friday, Wheelock and Yurchikhin conducted several hours of IFM activities on TVIS. After removing TVIS from its home in the SM “pit”, the pair replaced its Vibration Isolation System (VIS) controller with a spare unit, and checked all cable connections.

When the new VIS controller was powered up, the TVIS gyroscope did not respond initially, but began to spin after the crew’s midday break. TVIS memory card data was downlinked to the ground so that specialists can analyse what happened and identify further recovery procedures.