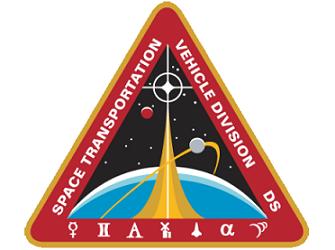 With just under one month to go before the final launch of Discovery, the tell-tale series of Flight Readiness Reviews (FRRs) are underway as NASA prepares to close out the year with the STS-133 flight to the ISS. Among the various items discussed at the STS-133 Mission Operations Directorate (MOD) FRR was the remaining standard and non-standard open work to be completed before Discovery’s launch.

In all, a total of eight items gained note in the Space Transportation Vehicle Division for classification as Standard Open Work for the MOD FRR.

While the Space Transportation Vehicle Division presentation noted that “All significant differences from previous flights have been reviewed by FTP, POWG, or other appropriate operations forum and, where required, documented in either new procedures or new flight rules,” two open work categories gained special note in the presentation because of their status and “new ops.”

In terms of the APU operations while docked to the ISS, the MOD FRR noted that flight specific analysis for STS-133/ULF-5 was completed on Sept. 16 and had been submitted for final review and approval; nonetheless, the approval process was not complete by the time of the MOD FRR and thus could not be closed.

Final analysis review and acceptance was expected by September 30 and, once approved, will be incorporated into the STS-133/ULF-5 Flight Rules with “appropriate information.”

Second, the Hook Requirements for Docked Operations open work included an “Analysis to examine the docking interface loads that would be experienced with multiple hooks out scenarios.”

The analysis itself was complete prior to the MOD FRR, like the APU Operations analysis, but was included in the MOD FRR presentation because of its “new ops” status.

Updates to the ULF5_C10-2 Hook Requirements for Docked Operations flight rule have already been made and were submitted as a Change Request into the “Workflow” for STS-133 on Sept. 13.

All work on this front, as well as all work on the APU Operation while docked arena, carried an Expected Completion Date of Sept. 30.

Overall, three items gained mentions in this category, including some non-standard open work in the LCC/MEL/MIL field – not to be confused with the already completed standard LCC/MEL/MIL open work.

“The Launch Commit Criteria Minimum Equipment List and Mandatory Instrumentation Lists have been reviewed and verified as complete and accurate” with one exception, notes the Space Transportation Vehicle Division MOD FRR presentation – available for download on L2.

These different Cabin Relief Valve crack pressures mandated an update to the LCC in terms of the upper limits for cabin pressure and Air Lock/Payload Bay Door pressure sensors.

In all, the LCN is still working to document the new valves and is expected to approve them and the new pressure limits by Oct. 15 – prior to the Agency, or SOMD (Space Operations Mission Directorate), FRR on Oct. 19. 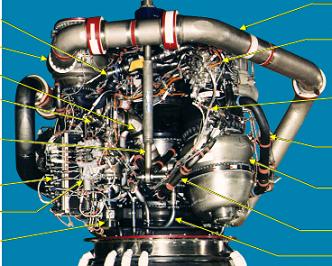 “In response to a S0044 NO-GO call for an SSME TVC switching valve out of config, the risk and credibility of a switching valve failure was reviewed,” notes the MOD FRR presentation.

The investigation quickly found that no LCC exists for this scenario – where the “sole switching status indicates that a valve has unexpectedly swapped or failed to transition.” Nonetheless, extensive screening showed that these valves have an extensive design requirement, control, and verification process to ensure that they do not fail.

In fact, the most likely cause of this type of failure – a contamination of the hydraulic fluid – is also highly unlikely due the strict controls in place.

Based on this data, and the review conducted so far, the informal recommendation that no LCC is required for this scenario has been made; this recommendation, and the investigation itself, will be reviewed by the KSC Launch Integration Manager – at which point a decision will made to either accept or reject the recommendation.

Seeing as how the Launch Integration Manager was scheduled to review this issue by Oct. 1, it is highly probable that this issue will gain further mention at the SSP FRR on Wednesday.

Finally, as similarly stated in the Standard open work section, the Space Transportation Vehicle Division notes that “All significant differences from previous flights have been reviewed by FTP, POWG, or other appropriate operations forum and, where required, documented [as] either new procedures or new flight rules.”

For the DAP configurations and constraints, “The current version of the flight rules and crew procedures contain the preliminary data from C. S. Draper Laboratory.”

At the time of the MOD FRR, the final version of the C.S. Draper Lab memo had not yet been received. The memo was expected by L-30 day (Oct. 1).

“Upon receipt of the official memo, GNC (Guidance Navigation & Control) will review the document, and update any DAP constraints in the FDF (Flight Data Files) and Flight Rules as required.”

In addition to the DAP open work, PM venting attitude control for EVA-2 was also of particular discussion and also related to the C.S. Draper Lab.

“PM Venting Attitude Control Analysis – The venting of the failed pump module (PM) has been added to EVA 2,” notes the MOD FRR presentation.

C.S. Draper, at the time of the Readiness Review, was still working to certify Shuttle attitude control via the VRCS (Vernier Reaction Control System) and ALT during the venting of the PM.

C.S. Draper was expected to complete the certification process by Oct. 1, with documentation of this procedure in the DAP Loads and Constrains Memo as well as in CHIT 8931 following.

In addition to the standard and non-standard work that is reviewed prior to every Space Shuttle mission, preparations for STS-133 also included updates to the nominally performed RAMBO-2 burn, MAUI burn, Waste Water dump, and Deorbit Prep Coldsoak. 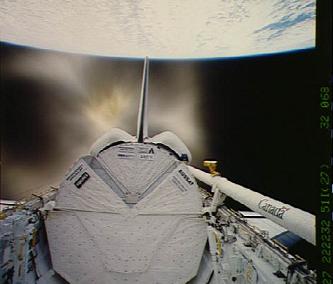 For RAMBO-2, “DoD (Department of Defense) reported that the window for RAMBO-2 is ~5 minutes versus the original 14 minutes.”

Given the shortened timeframe for this burn, the RAMBO-2 crew procedures have been reworked to accommodate more flexibility and burn options into the schedule. “Per the DoD request, the procedure was also modified to perform each burn at a specified TIG (Time of IGnition) within an opportunity window instead of simply starting the sequence at a specified MET (Mission Elapsed Time).

These changes were reviewed by the crew in June and have been updated into the JOIP procedure; the entire updated ORB OPS FS procedure was since submitted for final approval.

Moreover, the DoD also brought forth a request to update the MAUI burn. “During the STS-130 MAUI procedure this accel mode firing resulted in cross coupling which the DoD is afraid could degrade the experiment data.”

As such, the DoD requested the deletion of the accel mode firing in favor of the full VRCS and PRCS burn but maintained for the PRCS only burn. 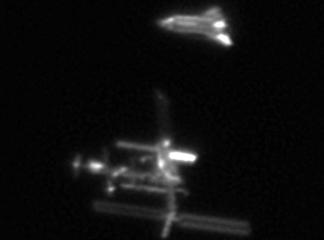 “In addition, three MAUI procedures are being placed in the STS-133 ORB OPS FS to cover full sequence and for the PRCS only and VRCS only procedures,” notes the MOD FRR presentation.

As with the RAMBO-2 changes, the crew reviewed the MAUI changes in June and all necessary steps toward final approval are in place.

Third on the list of procedural changes review by the MOD was in the water dump category.

“On STS-131, a water dump was performed in a biased posigrade attitude when it should have been performed in a retrograde attitude,” notes the MOD presentation. “Flight Rule A2-109 Preferred Attitude for Water Dumps did not cover the FD3 dump situation and an incorrect attitude was chosen for the dump.”

As such, an updated version of this rule will be implemented for all future Shuttle missions. The new version of the rule will cover cases – like STS-131 – where the phasing rate between Shuttle and ISS is greater than 50nm/rev.

“If the phasing rate is greater than 50 nm/rev, the dump will now be constrained to occur from ten minutes after the relative apogee to fifteen minutes prior to the next relative apogee. This will not negatively affect the dump plan.”

The necessary changes have been coordinated with and approved by the Flight Techniques Panel and are currently proceeding through the CR system.

Under the new rule, a +/- 10 degree pitch flexibility to the “current biased tail sun inertial Radiator Coldsoak attitude” will be implemented to help improve comm coverage during this phase of orbital free-flight.

Additionally, “In an effort to reduce structural thermal gradients and stresses on the vehicle during entry/landing the new flight rule also specifies a yaw bias to the deorbit thermal/comm attitude dependent on beta angle (direction of yaw bias opposite of beta angle).”

Flexibility to the yaw bias has also been included to improve comm coverage during this phase of flight if needed.

Thus, all “Command procedures have been reviewed by personnel with command responsibility to assure clarity, completeness and compatibility with this vehicle/flight” and all personnel are ready and able to execute the command procedures as documented for STS-133.