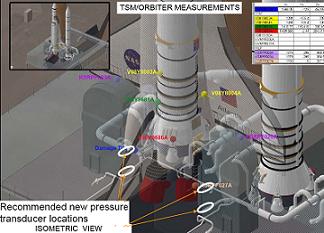 The Mission Management Team (MMT) evaluations into the anomalies on the redundant Main Engine Controller (MEC) on SSME-3 have concluded with the approval for the required flight rationale, clearing Discovery to press ahead with Thursday’s launch attempt. Discovery’s next challenge is out of her control, with an 80 percent chance of unacceptable weather at T-0.

Following the decision to delay the launch from the Wednesday opportunity, Discovery was left holding at T-11 hours out at Pad 39A, resulting in two additional – yet minor – Interim Problem Reports (IPRs), both of which have since been cleared.

“New IPR-59: A GSE regulator (A88570) was found to be leaking. IPR was upgraded to a GSE (Ground Support Equipment) PR (Problem Report) and the regulator was replaced,” noted engineering logs (L2). New IPR-60 (Payloads): Inadvertent switch throw on panel MO63P. J2 was switched to on, should have stayed off. Nothing was plugged into the J2 connector, no harm no foul.”

Some nominal pad flow work has been taking place out at the pad during Wednesday, such Flight Crew Systems Stow and the activation and programming of the Main Engine Ignition (MEI) sensors, which continue to fly with the orbiters – along with being housed in areas of the Mobile Launch Platform (MLP) in order to gain additional information on the MEI Acoustic and SSME Ignition Overpressure (IOP) Environments.

“Preparations for the Rotating Service Structure (RSS) move will be in work today with the RSS coming back to the park position this evening. First motion is planned for 1900 hrs.” However, this currently remains on hold due to lightning in the area.

On Tuesday night, MMT chair Mike Moses noted they were already close to being in a posture to press ahead with the launch of Discovery on Wednesday. However, it would have taken hours of meetings to build the required flight rationale for the MEC issue, which in turn would have risked fatigue on the teams who would then be expected to arrive at KSC in the early hours for the tanking meeting.

“The MMT has decided to delay the launch of Discovery to NET (No Earlier Than) Thursday, November 4. The team is currently on hold with RSS retraction and Ascent switchlist.  With the intent of developing an acceptable risk assessment for flying as-is, the team was instructed to stand down on Wednesday’s launch attempt,” outlined the NTD.

“This delay will provide the team with more time to understand IPR-58 and any additional troubleshooting.  An additional 24 hours will be added to the T-11 hour hold.  We will maintain the vehicle and the Pad in a configuration to support a Thursday launch attempt.

With the allowance for the engineering community to collate their data for presentation at Wednesday’s MMT, an additional overnight test was conducted on the suspect redundant controller – which provided encouraging results, as no repeat of either the original issue or the unexpected voltage drop later on Tuesday.

“The noted controller has been powered up all night and remains powered up. The collected data was taken to the Engineering Review Board (ERB) for discussion.” 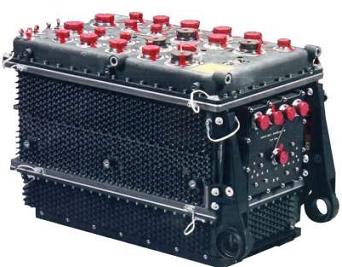 The Block II MEC – built by Honeywell – is an electronic control system for the SSMEs. One controller is mounted to each of the three main engines to monitor and maintain control of each engine’s performance.

Each controller continuously checks its main engine system against its performance requirements and reports status information back to the orbiter’s central computers. Should any performance parameters fall outside the boundaries, it is the responsibility of the engine controllers to shut down the main engines and not permit a launch.

With a faultless flight history, the MECs feature dual redundancy – with the problem on ME-3’s MEC relating only to the redundant controller – with cross-strapped input/output electronics, which allows for operational capability following one failure and a safe engine shut-down following a second failure.

It also sports dual microprocessors and memories are implemented in a self-checking pair configuration for each channel, and built to survive severe temperature and vibration requirements.

The weather for Thursday’s launch attempt will be a problem. Currently, there is only a 20 percent change of favorable weather at the time Discovery is due to launch (3:29pm Eastern), although it is likely Launch Director Mike Lienbach will give STS-133 every chance to launch by waiting to make a decision prior to coming out of the T-9 minute hold.

It is also possible that the MMT – meeting early in the morning ahead of the 6am tanking of Discovery’s External Tank (ET) – will decide the conditions are unacceptable and scrub for the day. Currently the tanking forecast shows a 60 percent chance of acceptable conditions.

A new article will be published ahead of tanking early on Thursday.
(All images from L2)