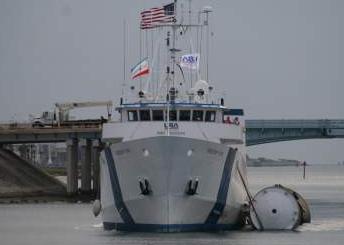 As part of a full launch dress rehearsal at Launch Complex 40, Cape Canaveral, SpaceX conduct a static fire of their Falcon 9 launch vehicle on Saturday, in preparation for the first Commercial Orbital Transportation Services (COTS) launch of the Dragon spacecraft. Friday’s static fire was aborted at 1.1 seconds due to high chamber readings Engine 6, before a second attempt on Saturday was aborted ahead of ignition. The third attempt was successful.

The rehearsal involves the firing of the Falcon 9 main engines at full power for two seconds, with only the hold-down system restraining the rocket from flight SpaceX engineers are then tasked with a thorough review of all data as part of the final preparations for the upcoming launch on Wednesday or later.

Although it was known within minutes that Friday’s 1pm Eastern attempt had been aborted via sources – listed in NASA memos soon after – SpaceX refused to comment for several hours.

“Aborted between 1 and 2 seconds on HIGH chamber pressure on one engine. Trying to recycle for one more attempt today,” noted a NASA memo (L2). “Will need partial reload and recondition of propellants. Range limit is 3pm local for the last attempt.”

With a range extension to 3:15pm granted, SpaceX attempted to prepare for a second static fire on Friday, before deciding to scrub for 24 hours.

With numerous media outlets claiming the static fire was a success, mainly due to a lack of a problem being noted by SpaceX, the company finally informed the media at 5:12pm Eastern that the test was aborted at 1.1 seconds, due to the aforementioned problem with Engine 6, with a second attempt to take place at 9:30am on Saturday.

That second attempt was also aborted ahead of ignition, prior to efforts to recycle for another attempt for a T-0 of 10:50 Eastern. That third attempt was a full firing and is being classed as successful – pending full data review.

The Falcon 9 on the pad is the second of SpaceX’s new medium lift launch vehicles, following the debut success on June 4, where the maiden flight of the F9 carried a prototype Dragon spacecraft into space. The primary mission parameters of the test launch were deemed a success.

Preparations for its COTS-1 launch are also utilizing assets normally used for the space shuttle, including the recovery ships used to return the Solid Rocket Boosters (SRBs).

A Flight Operations Review (FOR) is also being worked this month for the second COTS flight of the Dragon spacecraft, although the final meeting may be delayed if it is deemed to conflict with the COTS-1 launch.

“SpaceX FOR is scheduled, but that may conflict with their currently scheduled launch, so discussing for FOR in February,” added NASA managerial notes (with associated resources available on L2).

Dragon is a spacecraft which SpaceX has been developing for NASA’s COTS programme, which is intended to allow for commercial resupply missions to the International Space Station following the retirement of the Space Shuttle.

SpaceX and Rocketplane Kistler were awarded contracts to develop their proposals in 2006, however in 2007 the contract with Rocketplane Kistler was terminated, and a new contract was awarded to Orbital Sciences Corporation in 2008, which has led to the development of the Cygnus spacecraft that is expected to fly next year. 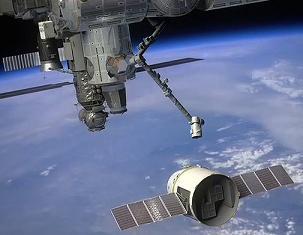 A total of three Dragons will be launched on COTS demonstration missions, followed by up to twelve operational resupply missions under the Commercial Resupply Services contract, signed in late 2008. Two independent DragonLab scientific flights are also scheduled.

Despite only being contracted for unmanned missions, the Dragon spacecraft was designed to be capable of manned flight, and SpaceX claims that a manned launch could be made with a lead time of approximately three years.

This second Falcon 9 will be the seventh overall flight for the Falcon family of rockets. Five previous flights have been made using the smaller Falcon 1, and have resulted in three failures and two successes.

The first launch, in March 2006, failed shortly after liftoff due to a fuel leak caused by corrosion. A number of problems, including an incorrect first stage fuel ratio and second stage fuel slosh, prevented the second test flight from reaching orbit. 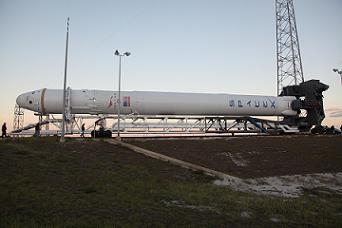 The second stage, which is powered by a single Merlin engine modified for optimum performance in a vacuum, can produce 445 kilonewtons (100,000 pounds) of thrust. Attitude control for both stages will be provided by thrust vectoring; with four Draco thrusters augmenting this after the first stage has separated. For this launch, the rocket will fly without a payload fairing.