The Orion vehicle’s return to life is starting to pick up the pace, with planning for an unmanned test flight as early as 2013, along with discussions into the schedule for the manned debut of the vehicle. Key questions revolve around joint government and contractor responsibility for the test flight, while the manned debut may occur in 2016, or 2018/19, depending on the availability of the Space Launch System (SLS).

Initially an unpopular casualty of President Obama’s FY2011 budget proposal cull of the Constellation Program (CxP), pressure to keep the Orion Project alive resulted in an interim plan to utilize the vehicle as a lifeboat on the International Space Station (ISS).

With refinements adopted from the forward plan designed by the US Senate, Orion’s use is heading back to one which will see the vehicle become part of NASA’s Beyond Earth Orbit (BEO) aspirations, as much as the details continue to be worked by bodies such as the HEFT (Human Exploration Framework Team).

First up is planning for an unmanned test flight, as soon as 2013, with a Block I Orion being sent on a debut flight. Orion would be lofted by a Delta IV Heavy from Cape Canaveral, allowing for the testing of Orion’s orbital ability and re-entry capabilities.

The question NASA managers are currently evaluating relates to the responsibility for the flight, whether the test would be fully handed over to contractor control, such as Orion contractor Lockheed Martin – who are also part of the United Launch Alliance (ULA) from whom the Delta IV-H would be purchased from – or if NASA would be a joint partner.

It is likely that NASA pressure will focused on involving the Mission Operations Directorate (MOD) at the Johnson Space Center (JSC), who have made it very clear at All Hands meetings that they wish to fully involve their “Plan, Train, Fly” mantra into all Orion future operations, along with a role with commercial manned flights.

“Orion Flight Test-1 (OFT-1): Orion Project/Mark Geyer is preparing to take a recommendation on how the OFT-1 mission will be supported from the development phase through the real-time test flight support operation and post test flight vehicle processing,” added notes acquired by L2.

“The two options that were being assessed include having Lockheed Martin perform the entire test flight as a ‘turn-key’ operation or implementing a more traditional support structure that includes MOD for the pre-flight testing support and full responsibility of the real-time test flight operations support from T-0 through splash down and post landing vehicle safing. 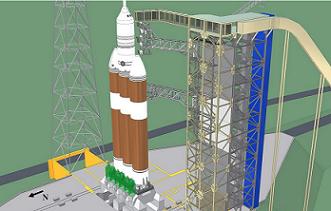 Also part of the options being presented to NASA HQ is the manned schedule for Orion, with November meetings pointing to two current options. Option One would result in Orion’s crewed debut in 2016, while Option Two would plan around a flight in either 2018 and/or 2019.

“Presented options, and then it was rolled up to HQ on November 17. One option is a manned flight in 2016. Two other options have it at 2018 and 2019,” added notes (L2), without listing specifics, although sources note the second option is focusing on the FOC (Full Operational Capability) schedule of the SLS. “Talked to some Orion folks and they said it went well at HQ.”

Meanwhile a level of requirements-related work is being carried out on Orion, focusing on Depress Requirements and related scenarios.

“Specifically, the action is to re-assess the 48 hour unpressurized requirement from both a crew survival and operations scenario perspective.” 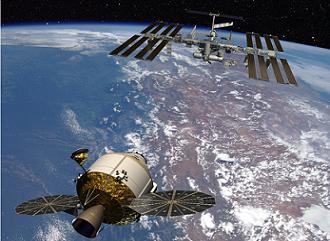 The scenarios covered included an unpressurized Orion being able to dock with the International Space Station, and Orion’s Thermal Control System (TPS) after damage results in a penetration of Orion’s pressure vessel.

“Multiple FOP meetings were held to cover applicable topics to the issue including; on-orbit loiter times vs landing site selection, capability of an unpressurized Orion to dock and equalize pressure with the ISS (to allow crew ingress to the ISS), the allowable TPS damage that will support a safe Orion re-entry, and the capability to expedite a rendezvous and docking with the ISS in the event of an Orion cabin depress,” the notes continued.

“Three key facts were presented at the FOP meetings; 1) a full penetration to the Orion pressure vessel with sufficient damage to result in loss of pressure integrity will result in unacceptable TPS damage to support a subsequent entry, and the capability to expedite the rendezvous and docking with ISS is dependent upon the phase angle at the time of launch and is not an option for all Mid and Max phase angles leading to a nominal docking time of ~ 44 hours.”

Evaluations are continuing, although it is believed that an Orion with a depressed cabin could dock and equalize pressure with the ISS to allow the Orion crew to ingress the Station for use as a safe haven, resulting in an initial recommendation to keep the current requirement at 48 hours.