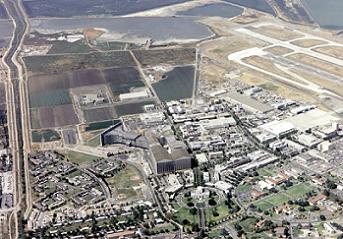 NASA Ames Research Center held an All Hands meeting last Wednesday, revealing a surprisingly honest assessment of its own weaknesses – both internally and within the the NASA family. The associated All Hands report cites trust issues between its employees and senior managers, complains about animosity from NASA HQ and other centers, whilst announcing steps to find solutions to the issues.

NASA Ames Research Center, located at Moffett Field, California, was founded December 20, 1939 as an aircraft research laboratory by the National Advisory Committee for Aeronautics (NACA), before it became part of NASA in 1958.

One of the 10 NASA field installations, Ames is home to 2,300 research personnel, utilizing an annual budget of around $600 million – playing a “critical role” in virtually all NASA missions in support of America’s space and aeronautics programs, according to its own bio.

“As a leader in information technology research with a focus on supercomputing, networking and intelligent systems, Ames conducts the critical R&D and develops the enabling technologies that make NASA missions possible. Ames also is a leader in nanotechnology, fundamental space biology, biotechnology, aerospace and thermal protection systems, and human factors research,” the overview continues.

“Ames research in astrobiology focuses on the effects of gravity on living things, and the nature and distribution of stars, planets and life in the universe.”

Headed by retired USAF Brig. Gen. Simon ‘Pete’ Worden, Ames’ portfolio notes the center is equally funded in four areas: Aeronautics. Science. Human Exploration and work for others (especially the Department of Defense), claiming they have “positioned ourselves as ‘Innovation Center’, ‘Private Partnership Center’ and ‘Out of the Box Center’.”

Citing the strength of the center, the All Hands presentation (available on L2) lists its involvement with a number of successful missions – such as Kepler and SOFIA – along with its speciality with technology and science. 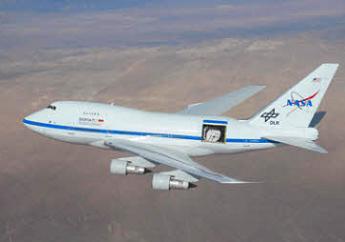 However, unlike similar All Hands presentations seen at other centers – such as the Marshall Space Flight Center (MSFC) – a list of weaknesses provided a surprisingly frank insight into a NASA center which has problems both internally and with other centers within the Agency.

“‘Pushy’ Leadership. Jack of all trades – master of none. Weak political support. Aging infrastructure. Animosity from HQ and other Centers – some view us as a threat – others as a burden. HQ (and other Centers) regards us as creative, but seen as defiant and not team players. Unhappy and de-motivated workforce (at least in comparison to other Centers).”

A sprinkling of good news is provided in the overview, such as claims the Center’s employees are high performers and class their roles as important. However, this is tempered on the same page by allegations of unfairness and low trust in the management at Ames. 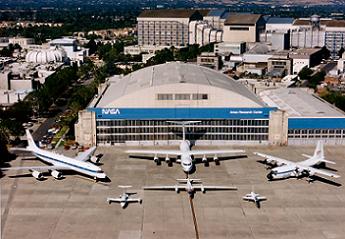 According to experts knowledgeable in the running of Ames, it is noted that one central issue revolves around how the facility started as an aeronautics center, before the field of aeronautics was long since gutted in NASA’s budget. Internal hope that Ames’ would return to this field failed to materialize since changes were made to the Center’s leadership – which is now aiming to focus on small spacecraft.

This appears to be touched upon on another page, which is titled “Director’s Ownership”, which notes that the traditional strengths of the Center are being ignored – while new additions to the Ames team work under different rules.

“Two areas particularly important – Hiring and promotions. Director hires outside friends. Those brought in by Director have different set of rules. Director makes all investment decisions. Traditional Ames strengths ignored. ‘Insiders’ only ones who get attention.”

Listed under the title of Factors, Excuses and Hot Buttons, another page cites Director Worden on the problems he found when he took over at the Center, along with what appears to be a retort of an accusation from with the Ames workforce.

“SF Bay Area highest cost of living. Resources provided by HQ lower relative to rest of Agency. Ames has always done poorly on surveys. When I started. Concern that the Center was about to be shut down – needed dynamic ‘military’ leadership. Agency moving to mission focus – we didn’t have expertise – esp. Space systems – new personnel needed. New entrepreneurial spirit needed.

“I’m the Director – I know better where investment is needed ‘Does a former drill sergeant make a good guidance counselor?’ I don’t buy these – need action not excuses – I take ownership!”

Positives are then listed, as the presentation appears to push towards solutions to the issues listed at the All Hands, with a list of initiatives and items which the Director has started to implement – some of which directly answer some of the issues openly listed earlier in the overview.

“New Hires – Let EC work out what skills are needed and make decisions about critical hires. Center investments – small but will have a more open and transparent process. Explain decisions more openly – investment, hires (particularly, senior leadership positions). Accessibility – making myself accessible to a wider audience. Improving perceptions about trust and fairness is a key factor in my performance criteria. Must build stronger relationships with HQ and other centers.

It is certainly understandable as to why there are issues within Ames, as all NASA centers wait for the outcome of what is a continuing political process on the very future of the Agency. Moreover, Ames may simply be providing a far more honest overview into the reality workforces are facing in relation to a secure career in the years to come. 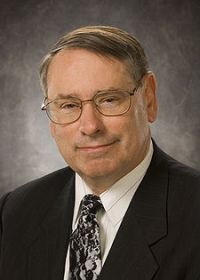 Director Worden acknowledges this problem, noting he is fully committed to changing the culture at Ames to one which is fair and trusting.

“Collective understanding that the agency is moving into tougher times: Lack of resources, affordability is key. Uncertainty, change. Ames needs to better align with agency focus. We need to work together through these issues,” the presentation continues.

“All members own and are accountable for creating a trusting and fair environment. Agency leadership placing high value on employee perspectives, employee survey results – we all need to act accordingly. Center Director is 100 percent committed to changing behaviors to create a fair and trusting environment.”

It is also noted that the above issues were brought to a head at recent workshops within the Ames family, with more meetings promised in tandem with regular tag-ups and status updates. Three forward path steps are also listed as priorities.

“Trust Team: Creating a Trust Code of Conduct to be adhered to by all managers at Ames (starting with the Center Director). Creating a Positive Environment: Identifying and articulating the characteristics and values of a positive environment for Ames. Enforcing standards of behaviors associated with these key characteristics for all leaders.

“Why for Ames?: Capturing a clear ‘why’ for Ames vetted through various demographic groups and partners at the Center. Improve our alignment with HQ and the rest of the agency.

“Specific element added to my performance appraisal to improve our survey results. Holding the EC and all leaders accountable for making improvements. Staying focused on this effort until we see positive results. Changing my own behaviors. Creating more transparency and trust – Building relationships at HQ and across the agency.”

The presentation ends by requesting action from Ames employees, asking workers to be open about any issues they may have, especially when it relates to management.

“Continue to be passionate, committed and impressive in the work you do. Hold our feet to the fire – make sure we do what we’ve said we will do. Call us out on our behavior – if it looks like its not fair, tell us. We will either: Change our behavior, or do a better job of explaining. Continue to provide feedback – through one-on-ones, employee surveys, focus groups, email, etc. – we want to hear from you, it helps us get better.”