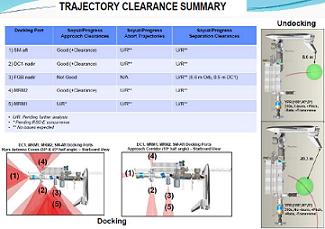 Russia’s Progress M-10M spacecraft, also going by its American designation of 42P, launched on Wednesday from the Baikonur Cosmodrome in Kazakhstan at 1:05 PM GMT. Following a two day chase-down of the International Space Station (ISS), automated docking to the Nadir port of Docking Compartment-1 (DC-1) “Pirs” will occur on Friday (29th April) at 2:29 PM GMT.

The DC-1 Nadir port was recently vacated by Progress M-09M/41P, which undocked from the station last Friday (22nd April), and following a four-day free-flight to conduct a geophysical experiment, was de-orbited for a destructive re-entry over the Pacific Ocean Tuesday 26th April.

On-board the uncrewed Progress is a variety of resupply items for the ISS crew, which according to NASA includes “1,940 pounds of propellant, 110 pounds of oxygen and air, 926 pounds of water and 2,976 pounds of maintenance hardware, experiment equipment and resupply items”.

Also on-board Progress M-10M is a time-critical biological payload, which is partially responsible for the 10-day delay to the STS-134 mission from 19th April to 29th April.

The time-critical biological payload must be transferred to the ISS almost as soon as the Progress docks to the station, in order to ensure survivability of the payload. This means that the Progress must dock to the ISS on time, two days after its launch.

Under the original STS-134 launch date of 19th April, Progress M-10M would have docked to the ISS on 29th April, which would have been during Endeavour’s docked mission.

Visiting Vehicle (VV) dockings and undockings from the ISS while Space Shuttles are present is forbidden under Dual Docked Operations (DDO) flight rules.

Due to this fact, and not wishing to delay the launch of STS-134, NASA began to negotiate a new Progress launch date with the Russian space agency, Roscosmos.

This in turn meant that the 29th April was the earliest that Endeavour could launch to the station, as the successful Progress M-10M docking is a requirement for Endeavour’s launch. 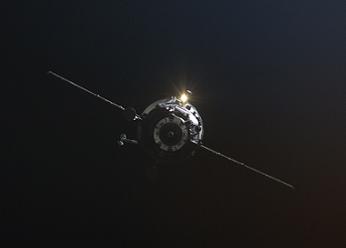 Progress M-10M will now dock to the ISS just a matter of hours before Endeavour launches on the 29th April.

This will mark the second time that such a situation has occurred in recent months, as the ATV-2 spacecraft also docked to the ISS just a matter of hours before Space Shuttle Discovery launched on the STS-133 mission on 24th February.

Such “orbital traffic jams” will likely become less common once the Space Shuttle retires in July this year, as DDO constraints will cease to exist.

Progress M-10M will remain docked to DC-1 for almost six months, whereupon it will depart the ISS, laden with trash, on 25th October for a destructive re-entry over the Pacific Ocean.

(Images via Roscosmos, L2 and NASA.gov).