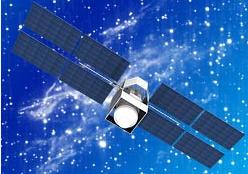 A Soyuz-2-1a/Fregat rocket has launched a communications satellite for the Russian military. The rocket, carrying the fourth Meridian spacecraft, lifted off from pad 43/4 at the Plesetsk Cosmodrome in northern Russia, at 17:41:33 UTC on Wednesday. Spacecraft separation was successfully carried out at 19:59 UTC.

Meridian satellites are manufactured by ISS Reshetnev, based around a pressurised bus similar to that used for GLONASS-M satellites. It has also been speculated that some subsystems used on GLONASS satellites is also used on Meridian.

The first launch of a Molniya satellite occurred on 4 June 1964, however it failed to achieve orbit after a throttle on the core stage jammed. At the time Western analysts suspected that the launch had been an unsuccessful attempt to send a Zond probe to the moon. The second Molniya satellite, Kosmos 41, did not fare much better; it reached orbit but its communication antennae failed to deploy.

One hundred Molniya-1 series satellites were launched between 1964 and 2004, with ninety four entering service; of the remaining six, three failed immediately after launch, two failed to achieve orbit, and one was placed into an unusable orbit. In the mid 1970s, after twenty to thirty launches, the modernised Molniya-1T configuration replaced the original design. Eight Molniya-1 satellites were operational at any given time, orbiting in four planes offset in ninety degree increments, each containing two operational satellites.

Between 1971 and 1977, nineteen Molniya-2 satellites were launched as part of the YeSSS unified communications system to broadcast telegraph, telephone and radio transmissions for the military. Molniya-2 used a series of spacecraft which had originally been developed to replace the Molniya-1 system, however it was found that the operational system was working well enough that it did not need to be replaced.

The last launch of a Molniya satellite occurred on 21 June 2005, when a Molniya-M/ML lifted off from Plesetsk carrying the second Molniya-3K satellite. The rocket failed to achieve orbit, with subsequent analysis showing that the upper stage had shut down immediately after ignition, and that it had not separated from the rocket.

Mirroring the two failures at the start of the Molniya programme, the Meridian programme also had a fairly troubled start. The first satellite failed within two and a half years of reaching orbit, and the second never entered service following a launch failure. Meridian-1, which was launched on 24 December 2006 and entered service on 1 February 2007. By May 2009 it was reported to be inoperable, with the manufacturer claiming that the failure was the result of an impact from orbital debris.

On 21 May 2009 the second satellite was launched, however due to a programming error the Fregat burned fuel at a faster rate than expected and cut off prematurely during its second burn. The payload was left in a lower than planned orbit, however it was initially expected to be able to correct this under its own power. It was later discovered that it could not correct its own orbit, and the launch was declared a failure.

The third Meridian satellite was launched on 2 November 2010. It successfully reached orbit and began operations. After the launch, the Soyuz-2-1a rocket was declared operational and accepted into military service.

The Soyuz-2-1a rocket which was used to launch the Meridian-4 satellite was manufactured by TsSKB-Progress, and is a descendent of the R-7 Semyorka, the world’s first intercontinental ballistic missile. The R-7 was designed by Sergei Korolev, and first flew in 1957. A modified version was used to launch the first satellite, Sputnik 1, on 4 October of that year.

The R-7 formed the basis for the Luna, Vostok, Voskhod, Molniya and Soyuz families of rockets, and to date all Soviet and Russian manned spaceflights have been launched using rockets derived from the R-7. The Soyuz, which first flew in 1966, was a modification of the Voskhod rocket featuring an upgraded and lighter telemetry system, and more fuel efficient engines. It was initially used to launch only Soyuz spacecraft; however with the introduction of the Soyuz-U in 1973 it began to launch other satellites as well.

The Soyuz-2 was developed from the older Soyuz models, and features digital flight control systems and modernised engines. It first flew in 2004, and this is its twelfth launch. Two variants are currently in service; the Soyuz-2-1a used to launch Meridian-4, and the Soyuz-2-1b which features an RD-0124 third stage engine which provides additional thrust. The RD-0124 was declared operational on 3 May 2011. The Meridian launch is the eighth flight of the Soyuz 2-1a configuration, whilst the Soyuz-2-1b has flown four times.

The Soyuz-2 forms the basis for the Soyuz-ST rocket, which is expected to make its maiden flight from Kourou in French Guiana later this year. The Soyuz-ST is optimised to fly from Kourou, and also incorporates a flight termination system and a modified telemetry system. The first launch of the Soyuz-ST is currently scheduled to occur no earlier than late October.

The core stage of the Soyuz-2, the Blok-A, is powered by a single RD-108A engine. This is augmented for the first two minutes of flight by four boosters, each of which is powered by an RD-107A engine. The numbering of the stages of Russian rockets differs from Western systems, with the boosters being numbered as stage one, the core, the Blok-A stage two, the stage atop that stage three, with the upper stage, in this case a Fregat, being considered the fourth stage.

The third stage of the Soyuz-2 is a Blok-I, which is powered by an RD-0110 engine. The first three stages all burn RP-1 propellant oxidised by liquid oxygen. The fourth stage, the Fregat, is powered by an S5.98M engine, which uses unsymmetrical dimethylhydrazine as propellant and nitrogen tetroxide as an oxidiser. The Fregat first flew in 2000, and has been used on Soyuz-U, Soyuz-FG, Soyuz-2 and Zenit rockets. The launch of Meridian-4 is its twenty third flight.

Seventeen seconds before launch, the first and second stage engines ignited, and began to build up to full thrust. When the countdown reached zero, four swing arms holding the rocket in place fell back, and the vehicle began to climb away from Plesetsk. Around 118 seconds after launch, when the rocket reaches a predetermined velocity, the four boosters were be jettisoned.

About 288 seconds after launch the Blok-I ignited, and two seconds later it separated from the Blok-A. The Blok-I burned for around 240 seconds, propelling the upper stage and spacecraft onto a suborbital trajectory. Then, eight minutes and forty six second after launch, the Fregat separated from the Blok-I, and ignited a minute later for a twenty three second burn to insert the spacecraft into a low circular parking orbit.

Spacecraft separation occurred thirty seconds after the completion of this burn. Thirty minutes later the Fregat made a 36-second disposal burn to separate its orbit from that of its payload.

Meridian-4 was launched from Pad 43/4 at the Plesetsk Cosmodrome in northern Russia. Plesetsk is Russia’s main military launch site, and pad 43/3 is one of four R-7 launch complexes at the site. The other complexes are 41/1, 16/2 and 43/3. Pad 41/1 was last used in 1989 and has since been disassembled; pad 16/2 is currently used for Soyuz-U launches and was also used by the Molniya-M until its retirement last year, and pad 43/3 has not been used since 2002. All four pads were built in the 1960s for operational deployment of R-7 missiles.

The first launch from pad 43/4 took place on 25 July 1967, when an R-7A missile made an operational test flight. With the retirement of the R-7 from service as a missile soon after, pad 43/4 was subsequently used by Voskhod, Molniya-M, Vostok-2M and Soyuz-U rockets carrying payloads for the Russian military. On 18 March 1980, a Vostok-2M rocket exploded during fuelling ahead of the launch of a Tselina-D signals intelligence satellite. The accident killed 48 people, and caused damage to the launch pad that took three years to repair.

Following a Molniya-M launch in 2001, Pad 43/4 was taken out of service and upgraded to accommodate the Soyuz-2, which performed its maiden flight from the complex in 2004. The launch of Meridian-4 was the sixth flight of a Soyuz-2 from pad 43/4, which has been used for all Soyuz-2 launches from Plesetsk. No other rockets have launched from the complex since its conversion.

This was the nineteenth orbital launch attempt of 2011, and the eighteenth to achieve orbit. It is the second Soyuz-2 launch this year, following the successful launch of Kosmos 2471, the first Glonass-K1 navigation satellite, in February. Overall it is the fifth Soyuz launch of the year.

The next Soyuz launch is expected to occur on 7 June, when a Soyuz-FG will send the Soyuz TMA-02M spacecraft on its way to the International Space Station with the Expedition 28 crew. The next launch of a Soyuz-2 is scheduled for 3 July, when a Soyuz-2-1a/Fregat will place six Globalstar-2 satellites into orbit.

(Images via ESA and Reshetnev)