Following a lengthy, yet highly successful, STS-134 mission, Endeavour has landed at the Kennedy Space Center (KSC) to conclude her service in space, ahead of a premature retirement to California. Endeavour landed at the Shuttle Landing Facility (SLF) at 2:35am Eastern, after the first return opportunity was taken.

As expected, the Go was given to conduct the deorbit burn – which took place at 01:32 Eastern.

Only two issues of late have been evaluated by engineers at the Mission Evaluation Room (MER), both of which related to the checkout operations.

One “funny” – MER terminology for a minor issue – was noted on the HUD (Heads Up Display) Checkout, relating to a configuration issue, which was soon resolved. The second related to Fuel Cell 2’s self test health and status sensor, which is used to test the status of the three Fuel Cells every seven minutes.

“Fuel Cell 2 Substack 1 CPM Intermittent Self Test Fail has occurred several times in the last 24 hours. The Fuel Cell is performing nominally but is being analyzed at each days Fuel Cell Monitoring System downlink,” noted MER information (L2). “Per flight rule a Bus Tie was performed and no other immediate actions are needed.”

In taking the first opportunity, Endeavour  had her wheels on the ground at the SLF at 02:35 EDT. Had controllers at the Mission Control Center (MCC) in Houston decided to wave off the first attempt, a second opportunity existed, which would have resulted in a landing at 04:11 EDT.

Given the timing of the return to Florida, Endeavour passed over her older sister Atlantis, as she heads into the final feet of her rollout to Pad 39A for her STS-135 launch on July 8.

The first major milestone of the de-orbit preps revolved around tasks associated with the closing of the Payload Bay Doors. Cameras in the Payload Bay were used to monitor the four radiator retract hoses as the doors closed, while the crew watched for a set of good latch indications via their own instrumentation.

Another key element of returning home was the start of her three Auxiliary Power Units (APUs), one of which was the cause of STS-134’s launch delay, following APU-1’s Fuel Test Line and Fuel Service Line ‘B’ heaters failing to activate during pre-launch operations.

The failure was deemed to be persistent with both ground command and panel switch activation, which is an off-nominal condition for an orbiter, as much as the redundant ‘A’ heaters performed nominally. An exposed conductor was deemed to be the root cause, with no heater system issues reported during Endeavour’s mission. 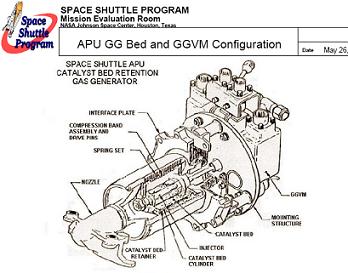 However, another APU issue was overviewed by the Mission Management Team (MMT) during the flight, relating to failed Gas Generator (GG) bed heater on APU-2. No impact to Endeavour’s mission was listed, and the fault has no relation to the APU-1 heater issue.

Several actions were presented to the MMT in the event of further failures, mainly involving temperature control on the system. Most of these actions were designed in the event of additional issues during the remainder of Endeavour’s docked mission, which did not occur, along with some get-wells ahead of entry.

“(In the event of) Dual Heater Failures occur after undock: Ambient temps are predicted to be above freezing in the undock timeframe. No action to prevent freezing required,” noted one of several expansive MMT presentations (L2).

“Prior to entry, attitude will be taken to warm the GG bed to around 84 degrees F so that the APU can be used for entry.”

However, the system has not suffered any additional problems, allowing for no changes to Endeavour’s return stance, and the expected nominal performance of the entire APU-2 system during Entry. All three APUs performed as advertised, as she arrived back on the runway in Florida, breathing fire from her vents and panting away like a racehorse.

The Final Landing of Endeavour:

For 19 years, the Space Shuttle orbiter Endeavour (OV-105) has braved the harsh serenity of space, taking with her time and time again the hopes, dreams, aspirations, and thanks for a dedicated workforce and public.

She has been, and always will be, an iconic symbol of hope and perseverance, a vehicle rising from the ashes of tragedy to take the human race to new heights in the pursuit of scientific knowledge and understanding.

Heading into landing, Endeavour will complete her 4,671st and final orbit of Earth, returning to her home after a cumulative sojourn of 299 days in orbit of planet Earth. 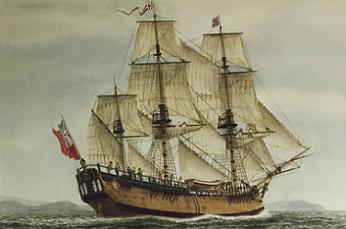 Approximately half an hour later, she will fall silent for the final time – leaving only one Space Shuttle orbiter (middle-child Atlantis/OV-104) in service to NASA for the first time since the end of 1982 – when Challenger joined pioneer Columbia to increase the Shuttle fleet to two.

Upon her return from STS-134, what will be Endeavour’s 18th landing at the Kennedy Space Center, the good ship will be towed to OPF-1 (Orbiter Processing Facility 1) near the VAB to undergo post-career deservicing and Transition and Retirement processing.

Like her British sailing ship namesake from the 18th century, the Space Shuttle Endeavour has never faltered in her mission to expanding our understanding of the scientific frontier. 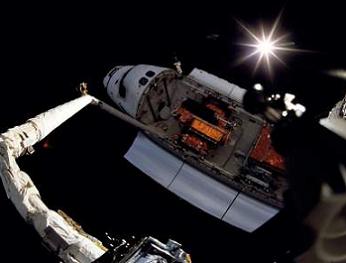 From saving the Hubble Space Telescope, to broadening our knowledge of maneuverability in space, to her innumerable scientific studies and experiments, to the knowledge she gave us about the contours of our home planet, and to the International Space Station (which will be one of her longest-lasting legacies), Endeavour has constantly taken us to new and unprecedented territories.

She has been, and will be for countless generations to come, a ship that inspires pride, awe, the quest for knowledge, and the determination to pick ourselves up and continue forward when adversity would rather us surrender.

Endeavour, in simplest terms, is our hope for a new tomorrow. An era when humans regularly explore the space beyond the confines of our home world and push our boundaries of scientific knowledge and our quest of exploration.

To paraphrase the words of Endeavour’s final Commander, spoken in the minutes before she took to the skies one last time, “We endeavor to build a better life than the generation before and we endeavor to be” united nations. “It is in our DNA to reach for the stars and explore. We must not stop.” 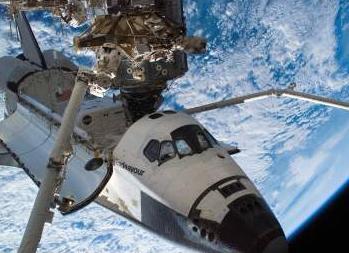 And as Barbara Morgan (Mission Specialist on STS-118/Endeavour) remarked upon Endeavour’s return to service from the Columbia accident, “there’s a great sense of pride to be able to be involved in a human endeavor that takes us all a little bit farther. When you look down and see our Earth, and you realize what we are trying to do as a human race, it’s pretty profound.”

To the good ship Endeavour, we give you our heartfelt thanks and gratitude. As your sister Discovery before you, you have not failed us, because we have never failed you. To you and your history will we commit our future – driving us forever outward into space.

THANK YOU, Endeavour, for an incredible and deserved job well done.

(Images via L2 presentations, images and content). Extensive coverage is being provided on the news site, forum and L2 special sections – the latter of which is the world’s best front row seat to Shuttle missions. With specific and extensive flight day coverage, from interactive “one stop” FD live coverage in the open forum, to internal documentation, photos, videos and content in the specific L2 FD areas. Coverage will continue post-mission).