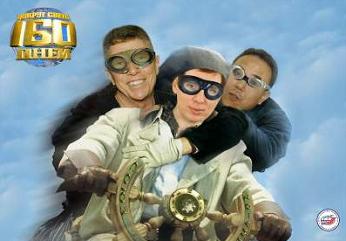 The second of Russia’s new digital Soyuz spacecraft, Soyuz TMA-02M/27S, blasted off from the Baikonur Cosmodrome in Kazakhstan on Tuesday at 8:12 PM GMT, carrying three new crewmembers for the International Space Station (ISS). Following a two day free flight, Soyuz TMA-02M arrived at the ISS on Thursday for a docking to the Mini Research Module-1 (MRM-1) Nadir port.

Born on April 1st 1973, in Chuguyev, Ukraine, Sergey Volkov served as a pilot in the Russian Air Force before being selected as a cosmonaut in 1997. He will be making his second trip into space and his second flight as Soyuz commander on Soyuz TMA-02M, having previously flown as commander of Soyuz TMA-12 in 2008.

During his previous six month tour of duty on the ISS from April to October 2008, Volkov had the unusual position of becoming ISS commander on his first spaceflight. This time, however, Volkov will serve as a flight engineer throughout his stay on board.

Volkov is a second generation cosmonaut, since his father, Alexander Volkov, was also a cosmonaut during the 1980s and 1990s.

He began working for NASA in 1993 and was selected as an astronaut in 1998, whereupon he flew on two Space Shuttle missions, STS-121 in 2006 and STS-124 in 2008. Although his third visit to the ISS in total, this will be Fossum’s first long duration mission aboard the station, during which he is scheduled to perform one spacewalk on the STS-135 mission in July.

For the spacewalk, Fossum will team up with his STS-124 spacewalking buddy, Ron Garan, and together both will become the last human being to float around the Shuttle’s payload bay in space.

Japan Aerospace Exploration Agency (JAXA) astronaut Satoshi Furukawa was born in 1964 in Yokohama, Japan. As a former surgeon, Furukawa holds Doctorates in Medicine and Medical Science, and was selected as a National Space Development Agency of Japan (NASDA) astronaut in 1999.

Following the creation of JAXA in 2003, Furukawa began training alongside NASA’s class of 2004 astronaut candidates. This mission will be Furukawa’s first spaceflight, during which he will become the third Japanese astronaut to fly a long duration mission aboard the ISS. 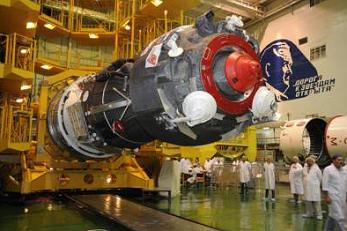 Soyuz TMA-02M will be the second flight of the new 700-series digital Soyuz variant. The digital upgrades that replace old analogue components mean that the 700-series Soyuzes have increased cargo capacity, as well as a variety of operational upgrades designed to make the Soyuz easier to fly.

However, as seen with the inaugural digital Soyuz mission, Soyuz TMA-01M which flew from October 2010 to March 2011, the new upgrades have experienced a few issues relating to computer displays on the Neptun control panel not displaying information correctly.

These issues caused the proposed STS-133 Soyuz TMA-01M flyabout to be nixed, and also facilitated the need for a test of Soyuz TMA-01M’s attitude control system prior to re-entry and landing in March this year.

The issues also caused the Soyuz TMA-02M launch to slip by roughly two weeks, which had the knock-on effect of delaying the recent Soyuz TMA-20 undocking and landing by two weeks. 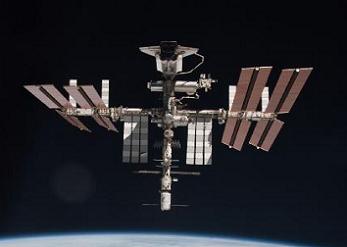 Ironically, despite being the reason behind the Soyuz flyabout cancellation on STS-133, these slips are what enabled the now infamous Soyuz photography maneuver to occur during STS-134, since the delayed Soyuz TMA-20 undocking aligned perfectly with Space Shuttle Endeavour’s docked mission.

Russian engineers are confident they have identified the cause of the issues based on data obtained from Soyuz TMA-01M, and the delayed launch gave ground teams enough time to fix software issues that were apparently the cause of the problem.

In between Soyuz TMA-01M and Soyuz TMA-02M, the older 200-series Soyuz TMA-21 spacecraft launched to the ISS. This decision was taken before the flight of Soyuz TMA-01M, in anticipation that issues would arise that would require time to solve.

Flying an older Soyuz variant in between the first two flights of the new variant gave engineers enough time to solve the issues without causing significant launch delays. One more 200-series vehicle, Soyuz TMA-22, is scheduled to fly after Soyuz TMA-02M for the same reason, and after that the 700-series will be declared fully operation and will fly consecutively from then on.

Following roughly five and a half months on-orbit, Soyuz TMA-02M is set to undock from MRM-1 on November 16th, and land in Kazakhstan a few hours later.

(Images via Roscosmos and NASA.gov)