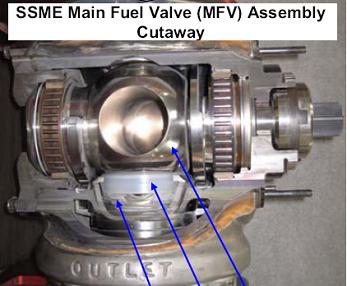 The Agency Flight Readiness Review (FRR) has – as expected – approved the July 8 launch date, after all outstanding issues were confirmed to be out of Atlantis’ path for what will be the final Space Shuttle mission. Meanwhile, the International Space Station (ISS) crew were put through a contingency event on Tuesday, following a late conjunction which missed the orbital outpost.

Atlantis will carry the Multi-Purpose Logistics Module (MPLM) Raffaello and a Lightweight Multi-Purpose Carrier (LMC) to the International Space Station for a 12 days baseline mission, as much as Station managers have requested an additional docked day in the timeline.

Such a decision will be taken during the mission, based on the crew’s workload, progress on the timeline and Atlantis’ consumables status, given she is slightly handicapped – when compared to her two sisters – due to the lack of a Station-to-Shuttle Power Transfer System (SSPTS).

“The SORR (Stage Operations Readiness Review was held, with a “GO” for launch. Some small changes to stowage were identified, which will happen after the L-10 Bench Review,” noted Flight Operations & Integration (NASA/JSC) via the latest Shuttle Standup/Integration report (L2).

“The team wants to fly a major constituents analyzer (MCA) up, and make a few changes. ISS Program still wants to add a +1 day to the mission.”

Other late items of interest ranged from the results from the recent Tanking Test on Atlantis’ External Tank (ET-138), through to a review into the flammability risk with the orbiter’s oxygen system – both requiring updates from the main SSP (Space Shuttle Program) FRR.

“There was some discussion at the SSP FRR about oxygen system flammability. After a thorough review of the systems in the orbiter, the test results indicate that there is no risk for this environment,” noted the Orbiter Project Office (OPO) on the Standup report. “It is a risk that requires an operating pressure of 4,000 psi, and the maximum in the orbiter environment system is just over 1,000 psi.”

The lesser of two issues noted during the Tanking Test – relating to an open indication on ET-138’s LO2 17 inch disconnect valve – was also cleared, following the replacement of an associated connector.

“On the Orbiter anomaly from the tanking test, the LO2 17 inch disconnect “B” open indication did not come on. The connector and some wire have been R&R’d (Removed and Replaced),” added the Orbiter Project.

“The replacement has shown good results ever since. There has been more manipulation, and the retest looks good. The faulty connector has been sent to NSLD (NASA Shuttle Logistics Depot) to see if they can find the source of the original problem.”

The main issue observed during the Tanking Test was the leak detected in the Main Fuel Valve (MFV) on Space Shuttle Main Engine 3 (SSME-3), which would have caused a scrub on launch day.

The replacement completed successful retests over the weekend, involving a Flight Readiness Test (FRT) and a Helium signature test – the latter via the use of a mass spectrometer, which sniffed for any tiny leakages from the system. None were found.

The primary role of the Tanking Test was to provide a cryogenic and pressurized test of the strength of ET-138’s stringers, support beams which are located on the intertank.

The call for the test was due to the close relation of ET-138 with STS-133’s ET-137, which suffered from cracks during the opening launch attempt, which was scrubbed due to a leak on its Ground Umbilical Carrier Plate (GUCP). 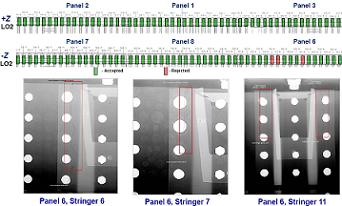 Radius blocks – the main mitigation procedure, designed out of the STS-133 incident – once again proved they are capable of providing the additional strength that may be required by the stringers during tanking.

A week’s worth of inspections, via the use of both X-Ray and Backscatter equipment, checked the main areas of concern, the LO2 and LH2 flange areas of the intertank, with the results showing no issues were found.

“ET NDE (Non Destructive Evaluations) operations: Review of the X-rays on the LH2 flange is complete with no problems detected,” noted the NTD update, confirming both the LO2 and LH2 flange areas showed no signs of underlying cracks on the stringers. “ET NDE X-ray operations are complete.”

“The team pulled together the data on NDE, and has made a great effort,” added the ET Project on the Standup report. “When the data needed is received, it will be coupled with the update for the waiver and will submit it and start taking care of the CoFR (Certification Of Flight Readiness) statement.” 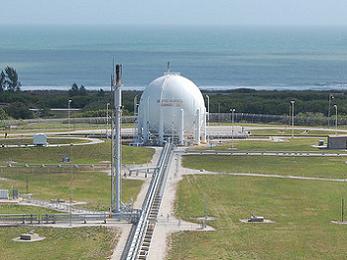 With the Agency FRR approval, engineers out at Pad 39A will continue with their preparations for the S0007 Launch Countdown, with final replenishment of the LH2 and LOX spheres at the pad complex in work, in tandem with closeouts on the orbiter, final ordnance installation and preps for the pressurization of Atlantis’ Main Propulsion System (MPS).

“Preps for V1103 EMU (Spacesuit) functional will be performed, with testing scheduled for tomorrow (Wednesday). S5009 Final Ordnance Installation will be performed tonight (Tuesday). S0071 Hyper/MPS press is scheduled to begin on Wednesday.”

Contingency actions were taken onboard the ISS on Tuesday, due to what is known as a late conjunction in the red box, meaning a piece of space debris was tracking to make a close approach to the Station, and noticed too late for the ISS to make a Debris Avoidance Maneuver (DAM). 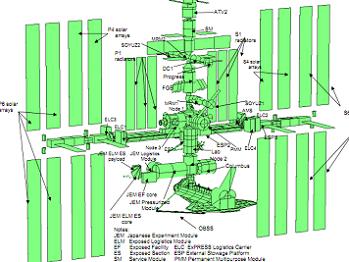 The debris – which remains unidentified – made its its closest approach to the station at 9:08 am CDT, with the threat passing by as close as 820 feet (250 meters) of the station.

The crew members climbed into their spacecraft, which remain docked to the station for the duration of their stays for use as return vehicles or emergency lifeboats, about 20 minutes before the time of closest approach. They were back inside the station, resuming normal duties, within about 15 minutes of the all-clear signal.

This was only the second time that a space station crew had been required to take shelter in their Soyuz spacecraft, the first time was March 12, 2009, after a a “yo weight” – which was originally part of a Delta PAM-D stage used to launch GPS 37 in 1993, also known as Object “25090 PAM-D” – missed the Station.