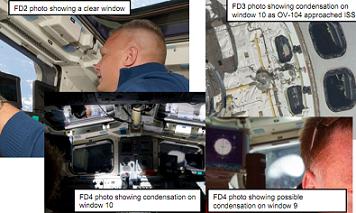 Atlantis has concluded her historic 13-day mission to the International Space Station with a perfect landing at KSC. With a ‘go’ for deorbit and entry operations from Flight Controllers – confirmed thanks to excellent weather conditions at Kennedy – Atlantis’ 0556 EDT landing was saluted with a four minute visible, overhead pass by the ISS just nine minutes before Atlantis landed to conclude the 30-year Space Shuttle Program.

With the crew waking up to the highly patriotic “God Bless America”, Commander Ferguson and his team entered into the pre-planned deorbit checklist.

One of the main tasks was to press ahead with the closure of the Payload Bay Doors (PLBDs), one of the critical items for a returning orbiter, given the obvious need for the two large structures to close and securely latch ahead of entry, along with the smooth transition of cooling the orbiter – which reverts from the radiators on the inside of the doors, to the internal Flash Evaporator System (FES).

This procedure began around four hours prior deorbit, as the Environmental Control and Life Support System (ECLSS) radiator bypass/FES was checked out, since the flash evaporator is used to cool the Freon-21 coolant loops when the ECLSS radiators are deactivated and the payload bay doors are closed.

The high-load evaporator cools the coolant loops until the ECLSS ammonia boilers are activated by the GPCs (General Purpose Computers) – which are performing without issue following their minor issues during the mission (full MMT-written review article will be published post-flight).

This process of closing the doors is closely monitored by the crew, via the payload bay cameras and engineering data on the ground, as the doors ease together, hopefully avoiding kinks in the radiator retract hoses – a problem which has been solved since earlier flights revealed problems with kinking hoses both pre and post flight.

The crew have two aft windows to watch the door closure, Window 9 and 10 – which has been the focus of the Mission Management Team (MMT), follow observations of condensation forming early in the mission.

“During a review of on-orbit imagery, an area of W9 & W10 was noted to have what appears to be condensation,” noted one of several MMT presentations (L2).

“On-orbit photos from FD2 show W10 to be clear of any condensation. Photos from FD3 and FD4 have what appears to be condensation on the middle of W9 & W10. The crew did not report any issues regarding W9 & W10 visibility while docking.”

The main concern wasn’t the potential for some sight obscuring of the views through the windows, rather managers wanted to check into the performance of the Window Cavity Conditioning System (WCCS) dessicant, which had been a problem pre-launch – requiring a removal and replacement of part of the system whilst on the pad, following observations of a small leak. 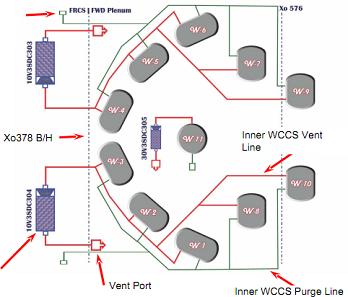 The WCCS uses desiccant beads to prevent moisture ingestion into the cavity and removes moisture from the air during descent when the window cavities are being repressurized.

From initial checks from the ground and via processing history, managers were confident the WCCS is in working order. 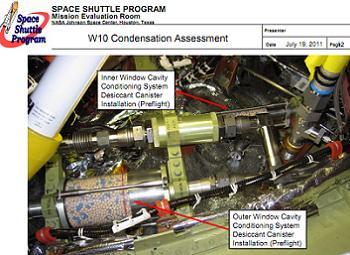 “There is no evidence of blockage of the inner WCCS that could entrap moist air in the system. Ground processing review showed that the flow verification and pressure decay tests were satisfactory and in family with previous test results,” added the presentations.

“Thermal analysis also shows that W1-W6 are warm enough to not allow formation of condensation on the window surfaces. This includes the glass surfaces on the inner window cavity.”

As such the management teams agreed that – due to the system design and thermal environment – no condensation will form on W1-W6 during descent and landing.

With the weather at the Kennedy Space Center (KSC) near perfect for landing, the stance inside the Shuttle Flight Control Room (FCR) was to aim for the opening opportunity of the day, Orbit 200, which placed Atlantis on track for the firing of her twin Orbital Manuevering System (OMS) engines at 4:49am Eastern. 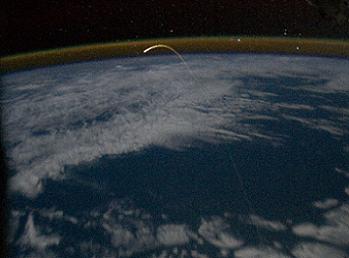 About one hour before deorbit, the crew members took their seats. The spacecraft was then manually maneuvered using the RCS jets to the deorbit attitude (retrograde). About 30 minutes before deorbit, the OMS was prepared for deorbit thrusting. This consisted of OMS thrust vector control gimbal checks, OMS data checks, orbiter vent door closure and single Auxiliary Power Unit (APU) start.

(Image left – STS-135/Atlantis re-entry from ISS Cupola. One of a 220mb full sequence set raw of photos – including animated set – available in L2)

In returning home, the orbiter must be sufficiently decelerated by an OMS retrograde burn, so that when she enters the atmosphere, she maintains control and glides to the landing site.

The retrofiring of approximately 2.5 minutes was performed at the appropriate point in the vehicle’s trajectory. For this maneuver, the orbiter was positioned in a tail-first thrusting attitude. Deorbit thrusting is nominally accomplished with the two OMS engines and must establish the proper entry velocity and range conditions.

It is possible to downmode to one OMS engine (with RCS roll control) or, in the event that both OMS engines malfunction, to plus X aft RCS (Reaction Control System) jets. However, the engines performed as advertised, as per usual. 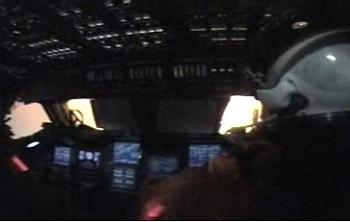 Diving through the Earth’s atmosphere, known as Entry Interface, Atlantis carried out the bleeding off of the energy she had stored up since launch, following a computed trajectory, whilst being protected from the intense heat by her Thermal Protection System (TPS) – which has been classed as one of the “cleanest” via the Damage Assessment Team (DAT) evaluations during the mission.

Taking in Central America on her path home, Atlantis announced her arrival into Florida with the distinctive twin sonic booms, prior to being piloted through the Heading Alignment Cylinder (HAC), ahead of touchdown on Runway 15 of the Shuttle Landing Facility (SLF), marking the end of the mission and her service to NASA, her country and humanity.

Panting like a racehorse via her APU vents, she had her life extinguished, as each of the units were powered down, as Atlantis became silent for the last time and heads into her safing operations on the SLF, followed by a tow back to the vacated Orbiter Processing Facility, which will mark around one year’s worth of T&R work prior to her honorable retirement at KSC.

This section will be updated throughout the events.

An emotional end to an amazing program:

What a journey it’s been.

With Atlantis’ landing comes a moment of joy, sadness, grief, prolonged contemplation, but above all PRIDE in an amazingly complex set of vehicles that have inspired countless numbers of people around the world, flown more people to space than any other spacecraft thus far (and for many, many decades to come), and helped bridge the gap between nations and forge unprecedented alliances in space. 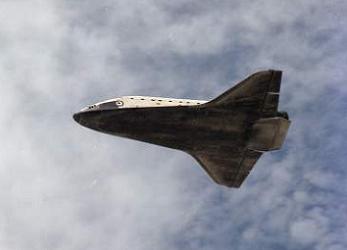 Touching down at the Kennedy Space Center, Space Shuttle orbiter Atlantis (OV-104) completed a historic chapter of mankind’s exploration of the final frontier.

Marking the 78th Kennedy Space Center landing, Atlantis landed in the pre-dawn hours to conduct the 25th night landing of the Shuttle Program. When it’s all said and done, the Space Shuttles will have completed 133 successful landings: 78 at the Kennedy Space Center, 54 at Edwards Air Force Base, CA, and 1 at White Sands Missile Range (now White Sands Space Harbor) in New Mexico.

For Atlantis it marked the end of a near 26year career spanning 125.9million miles; 305days 7hours and 47mins in space; 4,848 orbits of Earth; 7 dockings to MIR; 12 dockings to the International Space Station; 14 satellite deployments; one trip to the Hubble Space Telescope; and 207 total crew members over 33 magnificent missions. 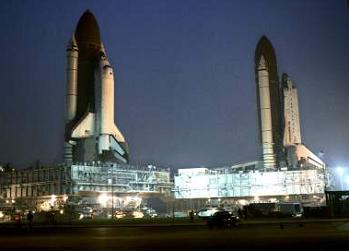 But while our focus this last month has been on Atlantis, it is not only Atlantis that we honor and remember… it’s her five sisters, as well. You have all been our workhorses for the past 30 years – and to the very end, you continued to pave the way for future missions of exploration and discovery. 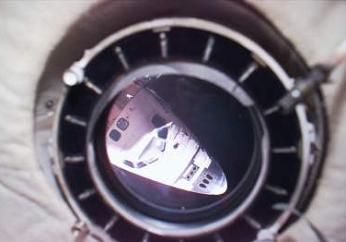 For the final breakdown: 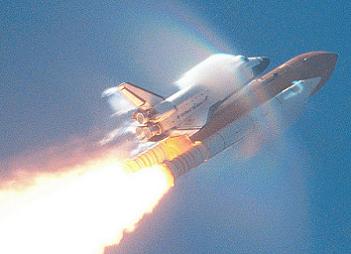 You leave behind an unprecedented legacy of achievement – and a legacy that must never be forgotten, a legacy where you taught us through example “To strive, to seek, to find, and not to yield.” 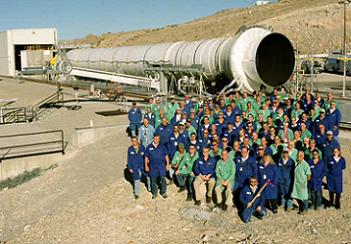 But moreover, you made a thousands-strong workforce incredibly proud. So to all of the NASA engineers, all of the astronauts, the entire NASA workforce (including those contractually employed by Pratt & Whitney, ATK, Lockheed, USA), and all those whose names we never hear but nonetheless work silently and many times without recognition in support of a program that you whole-heartedly believe in, we give you our resounding thanks and gratitude.

Without you, this program would not have been what it has been.

For the last 30 years, the Shuttle has enabled mankind to wade ankle deep into the ocean of space, and the five flight orbiters have given us the knowledge we need to live long-term in space and develop the technologies to let us dive into the final frontier.

Our journey in space does not end here. The Shuttle program is coming to an end, but the legacy of the program and those who have worked and flown aboard the Shuttle, as well as those who will continue the dream of human space exploration, will forever carry on.

Because of everyone throughout this great program, we continue our dream of exploration through the numerous satellites launched into Earth orbit by the Shuttles, we continue the journey through our probes studying the sun, our probe at Mercury, past and future probes to Venus and Jupiter, our fleet of spacecraft at Mars, Cassini at Saturn, New Horizons en route to Pluto, the Voyager 1 and Voyager 2 probes operating in the extreme reaches of our outer solar system, through the Hubble Space Telescope, and through our men and women and science on the International Space Station.