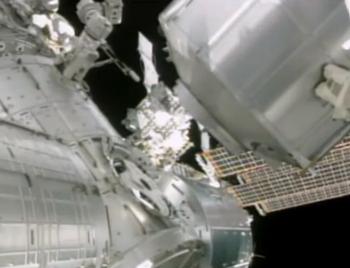 The Mission Management Team (MMT) have approved the extension of the STS-135 mission by one day, thanks to Atlantis’ healthy cryo margins. The extension will provide additional time for transfers to and from the Raffaello Multi-Purpose Logistics Module (MPLM) which was berthed on the International Space Station (ISS) on Monday, along with supporting additional ISS tasks from the Station’s “Job Jar”.

As Atlantis and her crew press through the opening phase of the docked mission, Flight Day 4 was highlighted by the Canadarm2 robotic arm unberth of the Raffaello Multi-Purpose Logistics Module from Atlantis’ payload bay, prior to being installed on the nadir port of Harmony.

This task, along with activation and ingress operations for the start of cargo transfer operations, was completed up to two hours ahead of schedule.

With load master Sandy Magnus coordinating operations, transfers began in earnest, with a carefully choreographed plan of action, involving both the location of the item to be removed from the MPLM, its relevant location on station, and the priority of the item to be moved.

Atlantis’ performance continues to be exemplary, with no major issues being evaluated by the Mission Evaluation Room (MER) – in fact, officially, the MER have a list containing a grand total of zero items, and a small list of very minor issues known as “funnies”.

The minor issue with the Wing Leading Edge Impact Detection System (WLEIDS) Sensor – used to monitor Micro Meteoroid/Orbital Debris (MM/OD) impacts on the wings during certain phases of on orbit operations – came during the NC-3 burn period of the flight, when the unit failed to complete a command, and provided a local time out error message. 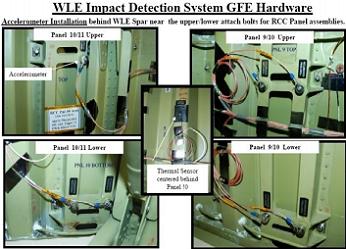 “Diagnostic file commands were then uplinked to sensor 1080 in an effort to help determine if the unit had programmed successfully; however, the diagnostic attempt failed 3 consecutive times and returned with a local time out error message each time,” noted the MER report into the issue (L2).

“On FD3, the unit was then successfully programmed for Group 1 Start 1 monitoring to cover the elevated MM/OD RCC (Reinforced Carbon Carbon) risk period during the dump, RPM (R-Bar Pitch Maneuver) and Docking period. A diagnostic command was sent to the unit after it had been programmed and it also successfully went through. During the 1st hourly On-Orbit Summary check, the unit experienced another local time-out error message.”

Possible root causes to consider are: low battery level, battery component damage or broken/cold solder joints, antenna damage, firmware bug, damaged 4MHz timing crystal, or even local RF interference issue between sensor and the sensor-side relay based on its location. It could even have been caused by the unit being “locked up” between modes and needs a hard reset to recover.

However, this is no concern to the teams on the ground, nor does it hold any mission impact, given this is what’s known as a Critical 3 system, as opposed to a Critical 1 or 2 system.

“If all sensors were to fail there are no safety impacts,” added the MER presentation. “This system is deemed crit 3 and poses no critical threat to the crew, mission, or vehicle. Sensor data is not used to make critical decisions based off of impacts.”

The main item of interest for this flight so far related to the loss of GPC-3 (General Purpose Computer) on Flight Day 3. 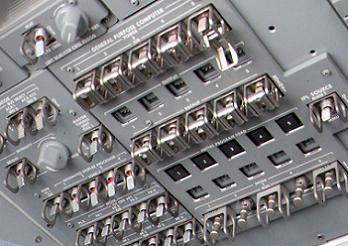 “GPC 3 down due to switch tease. Rendezvous was conducted using 2 GPCs rather than the nominal 3 GPCs,” added the status notes. “GPC will be re-IPL (Initial Program Load) post docking (min 3 days).”

GPC-3 returned to action via the IPL and dump tasks – an effective reload of software into the computer – during the early part of Flight Day 4, with MMT chair LeRoy Cain noting GPC 3 is now perfectly healthy, before confirming the problem was caused by a “switch tease issue”.

This relates to when the computer was physically turned on during the set expansion task for rendezvous, with the switch failing to seat properly, causing the computer to temporarily join the common set prior to then failing out.”

With these minor issues nothing more than topics for evaluation, the MMT’s main decision on Monday was based on Atlantis’ ability to remain at the Station for one extra day.

Given she already has well over a day of margin on her consumables – otherwise known as cryo reactants margins for her Fuel Cells – the decision was relatively easy, with Mr Cain expecting the vehicle to undock from the ISS with another half day’s worth of cryos in reserve.

This is impressive, not least because Atlantis – unlike her sisters – does not have the power-saving Station-to-Shuttle Power Transfer System (SSPTS). (Image left via L2, from STS-134)

“Towards the end of the docked mission we expect to have another half a day,” noted Mr Cain, prior to noting the key calculation in ensuring the margin. “We know how much power we need for the systems and then we calculate how much reactants we need to produce this much power.”

Even before Atlantis launched, teams were working on power saving options, given the ISS program had already inquired about the possibility of allowing Atlantis and her crew to stay on board for an extra day – due to the amount of help the four person crew could provide for the orbital outpost, during this final shuttle mission.

“Additional unstow unpack and place for station items, we also have some ISS systems item we can help on,” Mr Cain noted as part of the extra tasks the STS-135 crew will be able to assist with. “Set up and configure some cargo (we’ve brought) up, and some general ‘job jar’ items on station. Have some 70 items in total, teams are off prioritising the list. 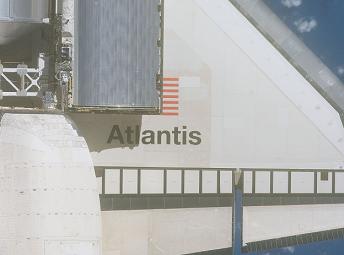 “The flight planners will generate a +1 day flight plan which will be added on FD 8. Some items will move ahead and behind as a function of which tasks get implemented on which days. Initial publication of +1 day timeline is probably already being reviewed by the flight team, it will get iterated on still though.”

With a new EOM (End Of Mission) target, Mr Cain noted that he does not believe – at this stage – that any orbit adjustments will be required for the new return date of Atlantis.

“Nothing in the preliminary looks. Flight dynamics are evaluating,” the MMT chair added in response to a question from NASASpaceflight.com’s Philip Sloss. “Don’t think we need an orbit adjustment for any of the landing opportunities on the 21st.”

Providing the opening opportunity is taken, Atlantis is scheduled to conduct her deorbit burn at 04:52 Eastern on the 21st, which will result in a landing on the Shuttle Landing Facility (SLF) in Florida at 5:56am, marking the end of the 30 year Space Shuttle Program.

Further articles on STS-135 will be produced during and after her mission, driven by L2′s STS-135 Special Section which is following the mission at MMT/MER level, surrounded by a wealth of FRR/PRCB/MER/MMT and SSP documentation/pressentations, videos, images and more.