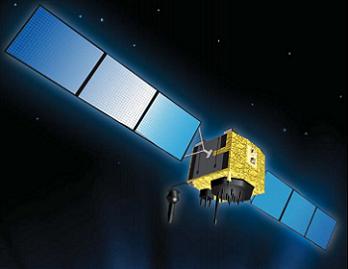 The United Launch Alliance (ULA) have launched their Delta IV rocket from Cape Canaveral on Saturday morning, carrying the second in a series of next-generation Global Positioning Satellites – GPS IIF-2. Launch occurred at the start of nineteen minute window which opened at 06:45 UTC (02:45 EDT).

GPS IIF-2 will be the second in a series of twelve GPS IIF satellites, which are under construction by Boeing. The GPS Block IIF series is intended to replace the Block IIA series, and will be followed by the Block IIIA spacecraft which are scheduled to begin entering service in 2014. Overall, GPS IIF-2 is the fifty first GPS II satellite to be launched, and the sixty second GPS satellite overall.

The contract to produce the GPS IIF satellites was signed in 1996, with thirty three satellites ordered. In 2001 the order was reduced to 12 spacecraft. Each Block IIF satellite has a mass of around 1,630 kilograms, with a design life of twelve years.

The satellite is equipped with a highly accurate caesium atomic clock to provide accurate navigation signals to users. The Block IIF satellites broadcast signals which are twice as accurate as those broadcast by previous spacecraft. They also broadcast two additional signals. The first of these, M-code, is a jam-resistant military navigation signal. The other, L5, is a civilian signal to aid aircraft navigation.

The first GPS IIF satellite was originally scheduled to enter service in 2006, however following multiple delays it finally reached orbit last May, and has since been assigned the designation USA-213. Following three months of on-orbit testing it was declared usable on 27 August 2010.

GPS IIF-2 will replace the USA-71, or GPS IIA-2, satellite, which was launched on 4 July 1991. USA-71 has been in orbit for twenty years – well over twice its seven and a half year design life, and is one of the oldest operational spacecraft in the GPS constellation. It is likely some of the most advanced GPS vehicle tracking systems have communicated with it over the years.

The launch of GPS IIF-2 marks the seventeenth launch of the United Launch Alliance Delta IV rocket. The Delta IV was developed, along with the Atlas V, as part of the US Air Force’s Evolved Expendable Launch Vehicle programme to replace the older Atlas II, Delta II and Titan IV rockets.

It made its first launch in November 2002, placing the Eutelsat W5 satellite into orbit. This was the only time a Delta IV launched a payload for a commercial organisation, however three US Government payloads were subsequently launched under commercial contracts; the GOES 13, 14 and 15 weather satellites. 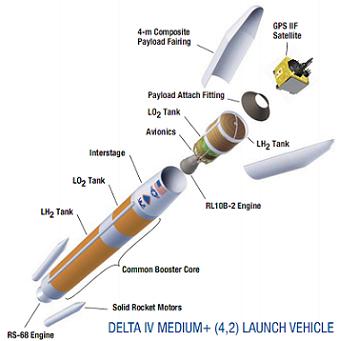 The M+(4,2) configuration features two GEM-60 solid rocket motors augmenting the first stage, and a second stage with a diameter of four metres. Under the old four-digit numbering system, this would be a Delta 9240.

The CBC is the first stage, and is powered by one Pratt & Whitney Rocketdyne RS-68 engine. The DCSS is powered by an RL10B-2 engine; a derivative of the original RL10 developed for the Saturn I and Atlas-Centaur rockets in the early 1960s.

Five and a half seconds before launch, the RS-68 engine ignited. A tenth of a second before T-0, the solid rocket motors ignited and the pad swing arms retracted. At T-0 Delta 355 lifted off and began ascending into orbit along a launch azimuth of 105.28 degrees. 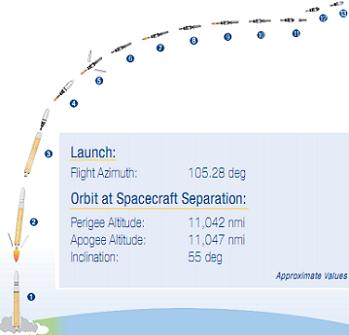 The solid rocket motors burned until 92.2 seconds into the flight, at which point they burned out. A hundred seconds after liftoff, the spent motors were jettisoned and fell back to Earth.

The RS-68 continued to power flight until four minutes 5.9 seconds into the mission, at which point it shut down. The shutdown of the RS-68 is termed Main Engine Cutoff, or MECO. Stage separation, by means of pneumatic actuators, occurred 7.1 seconds later.

Following stage separation, the RL10 engine’s nozzle begin to extend. Fourteen and a half seconds after staging, the engine ignited to power the first of the second stage’s three burns, which lasted just under seven minutes and forty six seconds. Ten and a half seconds into the burn, the payload fairing separated from around the satellite.

Once the first burn was completed, Delta 355 entered a nine-minute and 3.8-second coast phase before its second burn. The second burn of the RL10 begsn 21 minutes and 17 seconds after launch, lasting 200.3 seconds. This burn was followed by a much longer coast phase, lasting a little over 176 minutes; almost three hours.

A 99.4-second final burn was performed after the second coast phase to place the satellite into its final orbit. Ten minutes, 40.6 seconds after the completion the final burn, the spacecraft separated from the DCSS, completing a three hour, thirty three minute and five second ascent to medium Earth orbit.

Eight minutes after spacecraft separation, the upper stage performed a collision avoidance manoeuvre, to put distance between itself and the payload which it deployed. Twenty six and three quarter minutes after that, it will have performed a fuel depletion manoeuvre to dispose of any remaining fuel safely, reducing the chances of the upper stage exploding in orbit. Explosions of upper stages containing unburned fuel are a major contributor to the level of debris in orbit. 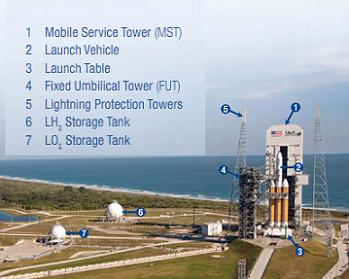 Delta 355 launched from the Space Launch Complex 37B (SLC-37B) at the Cape Canaveral Air Force Station. Launch Complex 37 was originally built between 1959 and 1963 as a two-pad complex for the Saturn I rocket.

The first flight from LC-37B was the first orbital launch of a Saturn I rocket, which took place on 29 January 1964. On 22 January 1968 a Saturn IB carrying the Apollo 5 spacecraft made the last of eight Saturn launches from the complex. The other pad, LC-37A, was never used for a launch.

When the focus of the Apollo programme switched from Earth orbit test flights to Lunar missions, the complex was mothballed ahead of the Apollo Applications programme, which would have seen Apollo spacecraft used for Earth orbit missions after the end of the Lunar programme.

When most of the Apollo Applications programme was cancelled, it was decided that it would be more cost effective to convert one of the Saturn V mobile launch platforms at Launch Complex 39 to accommodate the Saturn IB than to reactivate the older Saturn I pads.

LC-37 was demolished in the 1970s, and remained vacant until construction of the Delta IV began in the late 1990s. Since 1997 all active pads at Cape Canaveral Air Force Station have been termed Space Launch Complexes (SLC) rather than Launch Complexes (LC).

This is the third and final Delta IV launch of the year, with the next launch expected to occur in January 2012, when a Delta IV-M+(5,4) will launch the Wideband Global Satcom 4 (WGS-4) satellite for the US Air Force. Before then, two Delta II launches are scheduled to occur. In September, a Delta II 7920 Heavy will dispatch the GRAIL spacecraft on their way to the Moon, whilst in October a Delta II 7920-10 will launch the much-delayed NPP satellite.

United Launch Alliance’s next launch is currently scheduled for 5 August, when an Atlas V 551 will orbit NASA’s Juno spacecraft, beginning a five year journey to reach Jupiter. Another Atlas V launch in November or December will send the Curiosity spacecraft to Mars.