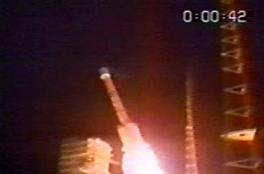 With an apparent urgency to complete an orbiting constellation, China launched another new satellite in the ShiJian-11 series, just three weeks after the launch of the previous ShiJian-11 mission. However, the launch of the Long March 2C with ShiJian 11-04 failed during ascent after leaving the Jiuquan Satellite Launch Center at 09:28UTC on Thursday.

The new satellite was launched from the SLS-2/603 launch pad with the same launch azimuth of the Shi Jian 11-03. According to Chinese media this was classed as an “experimental satellite”. Like the previous SJ-11 satellites, the new satellite was developed by the DongFangHong Satellite Company of the China Aerospace Science and Technology Corp.

As with the previous ShiJian-11 satellites, the true mission of Shi Jian 11-04 was not revealed by the Chinese authorities. Some observers noted that the ShiJian 11 series could be related with a constellation of operational early warning satellites. ‘ShiJian’ means ‘Practice’ and this series of satellites have been used with a variety of configurations and missions for scientific research and technological experiments.

The new satellite, ShiJian 11-04 was to be placed in a similar orbit. However, after several hours of confusion and conflicting reports, this satellite has been lost, along with its launch vehicle – as Chinese experts aligned with news that “the rocket fell”.

With official Chinese media reports being tight-lipped – as is usual for China in the event of a problem – the exact cause of the failure is unknown. However, given the failure is now official, this would be the first time the Long March 2C has failed in its 35 launch career, and only the second Chinese failure since February, 1996.

That failure – involving a Long March 3B – occurred when the first stage suffered a problem just two seconds after lift-off, resulting in the vehicle veering heavily off the pad. With no range safety on board, the vehicle flew almost sideways for around a minute, before nose-diving into a nearby town, killing an untold amount of people. Recently unearthed raw video (30mb) of the launch, impact, and aftermath available on L2.

There have been other partial failures – such as the August 18, 1996 mission which saw the Long March 3’s third stage deploying the ZhongXing-7 satellite in a lower than planned orbit. The satellite was recovered, but abandoned soon after. 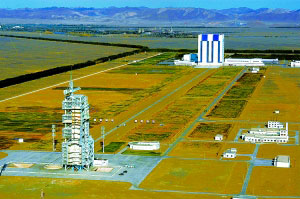 It is also the place from where all the Chinese manned missions are launched. Presently, only the SLS launch complex (with two launch pads – 603 and 912) is in use. The 603 launch pad is used for unmanned launches and the 912 is used for the manned space program.